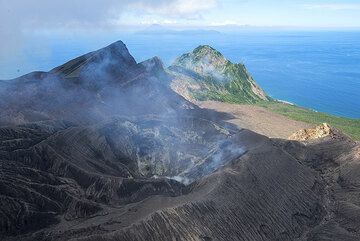 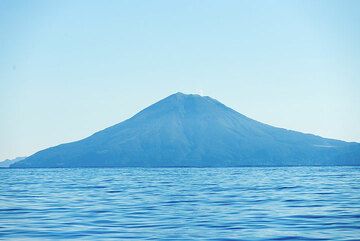 See also: Sentinel hub | Landsat 8 | NASA FIRMS
First visit to our site? If you havn't done it yet, download the Volcanoes & Earthquakes app to get one of the fastest volcano news online:
Android | IOS
Latest news
Wed, 28 Nov 2018, 06:00
Akan volcano (Hokkaido, Japan) - Smithsonian / USGS Weekly Volcanic Activity Report for 28 November-4 December 2018 (New Activity / Unrest)
JMA reported that the number of earthquakes with shallow hypocenters and epicenters near Ponmachineshiri Crater, a summit crater of Me-Akan (also known as Meakan-dake, which means Meakan Peak) of the Akan volcanic complex, increased at 1800 on 20 November. Another seismic increase occurred on 23 November, in number and amplitude of events, prompting JMA to raise the Alert Level to 2 (the second lowest level on a 5-level scale). ... Read all
Fri, 23 Nov 2018, 05:42
Akan volcano (Hokkaido, Japan) activity update: Alert level raised
A new earthquake swarm is occurring at the Meakandake cone so JMA has raised the alert level to 2. A similar event occurred 3 years ago. The last eruption was in 2008. ... Read all
Try our free app!

Volcano Calendar 2020
We're proud to present our 2020 volcano calendar: 13 different and attractive images of volcanoes, volcanic landscapes and phenomena taken during volcano tours over the past two years.
Santorini 1600 BC

Kilauea volcano, Hawai'i
Kilauea is the most active volcano on earth, in constant eruption since 1983!
Volcano Database

Etna's steam rings
A collection of fantastic vortex rings ("smoke rings") we observed recently on Etna.
Get the ad-free version!
Why is there advertising on this site?
Support us - Help us upgrade our services!
We truly love working to bring you the latest volcano and earthquake data from around the world. Maintaining our website and our free apps does require, however, considerable time and resources.
We need financing to increase hard- and software capacity as well as support our editor team. We're aiming to achieve uninterrupted service wherever an earthquake or volcano eruption unfolds, and your donations can make it happen! Every donation will be highly appreciated. If you find the information useful and would like to support our team in integrating further features, write great content, and in upgrading our soft- and hardware, please make a donation (PayPal or Online credit card payment).