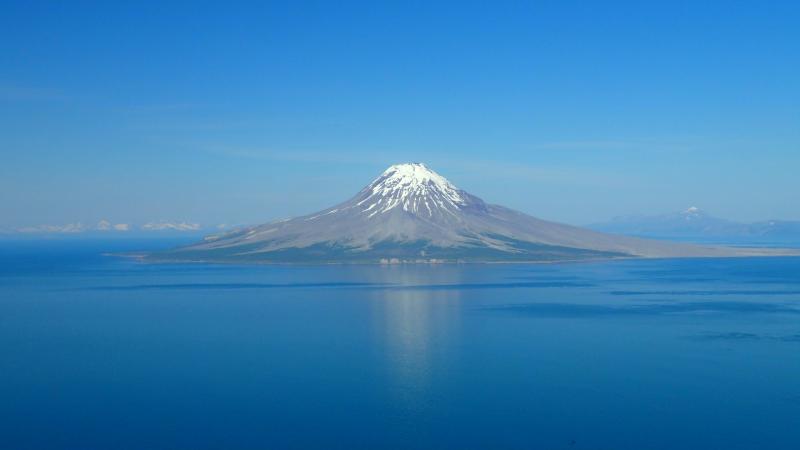 Augustine is the most active volcano of the eastern Aleutian arc. It consists of several overlapping lava domes that frequently produce explosive eruptions and are notorious for collapsing, producing glowing avalanches (block and ash flows).
Augustine volcano had a devastating eruption 1883 when large parts of the summit dome complex collapsed. In the following century, several eruptions associated with dome growth have restored the volcano's height again. Historical eruptions after that date were typically explosive, producing pyroclastic pumice flows and block-and-ash flows, followed by regrowth of the lava domes.

The oldest exposed rocks on the flanks of Augustine are little more than 40,000 years old. At least 11 large debris avalanches have reached the sea during the past 1800-2000 years, and five major pumiceous tephras have been erupted during this interval.

First visit to our site? If you havn't done it yet, download the Volcanoes & Earthquakes app to get one of the fastest volcano news online:
Android | IOS
Latest news
Thu, 16 Oct 2014, 08:25
Augustine volcano (Alaska): pilot reports large ash cloud, aviation color code raised to Red
Strong ash emissions from the volcano were reported by a pilot shortly after midnight (UTC). The reported height of the plume was to up to 70,000 ft (21 km) altitude, which would indicate an unexpected, and sudden major explosion took place (if the observed plume was volcanic ash and not something else). Anchorage VAAC raised the Aviation Color Code to RED. Read all
Thu, 27 Sep 2007, 19:26
Augustine volcano (Alaska) - eruption update: increased volcanic alert level
AVO increased the Volcanic Alert Level to Advisory and the Aviation Color Code to Yellow for Augustine on 22 September due to an increase in seismic activity below the summit over the previous week. Read all 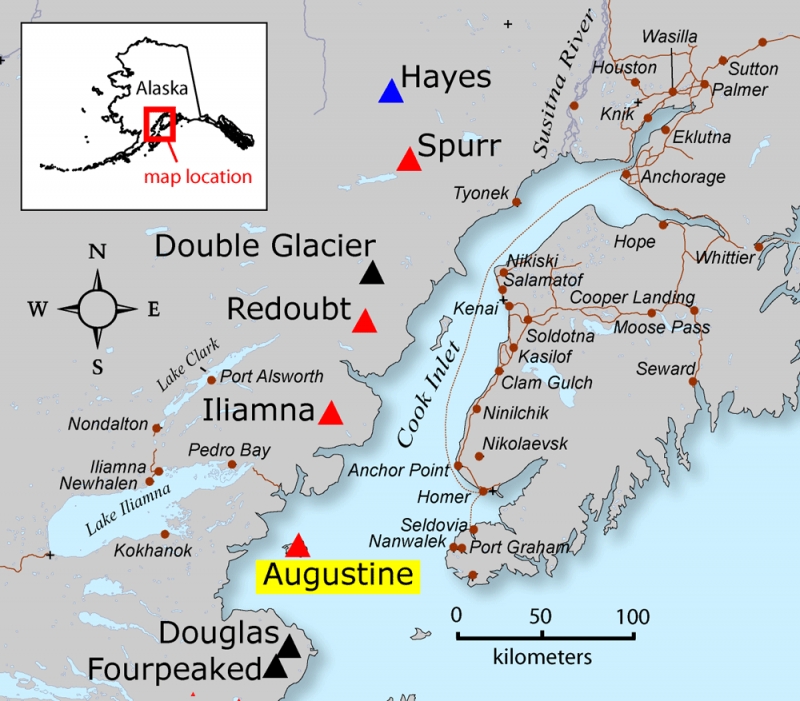 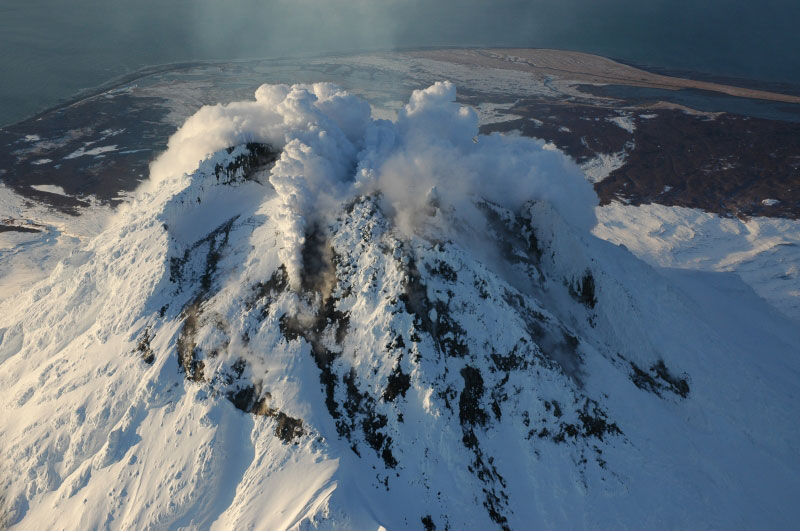 Introduction to Plate Tectonics
The Earth's upper, rigid layer is broken into several plates which are in constant motion to one another. Most earthquakes and volcanoes occur as result of these plate boundaries.
Etna

Etna volcano photos
Etna - Europe's largest and most active volcano is a universe in itself. Browse through our collection spanning almost 20 years of eruptions and more.
Italy
01-09 Oct 2022

From Stromboli to Etna
Get to know some of the most active and interesting volcanoes in the world: famous Mt. Etna on Sicily; Vulcano, in the Ancients'belief home to Vulcanus, God of Fire; Lipari with its spectacular obsidian and pumice deposits; and Stromboli, "Lighthouse of the Tyrrhenian Sea", known for its permanent fireworks!
RSS feeds

Volcano & Earthquake news feeds
If you like to use RSS to access the latest news about volcanoes and earthquakes without needing to visit the site, have a look at our available news feeds!
Santorini
17-24 Sep 2022

Pearl of the Aegean
Santorini is one of the most beautiful islands in the world, famous for its breathtaking sea-filled caldera and picturesque villages. Discover its fascinating natural and cultural history on a relaxed walking study tour with us.
Get the ad-free version!
Why is there advertising on this site?
Support us - Help us upgrade our services!
We truly love working to bring you the latest volcano and earthquake data from around the world. Maintaining our website and our free apps does require, however, considerable time and resources.
We need financing to increase hard- and software capacity as well as support our editor team. We're aiming to achieve uninterrupted service wherever an earthquake or volcano eruption unfolds, and your donations can make it happen! Every donation will be highly appreciated. If you find the information useful and would like to support our team in integrating further features, write great content, and in upgrading our soft- and hardware, please make a donation (PayPal or Online credit card payment).