Our Volcanoes & Earthquakes App for Android get it here 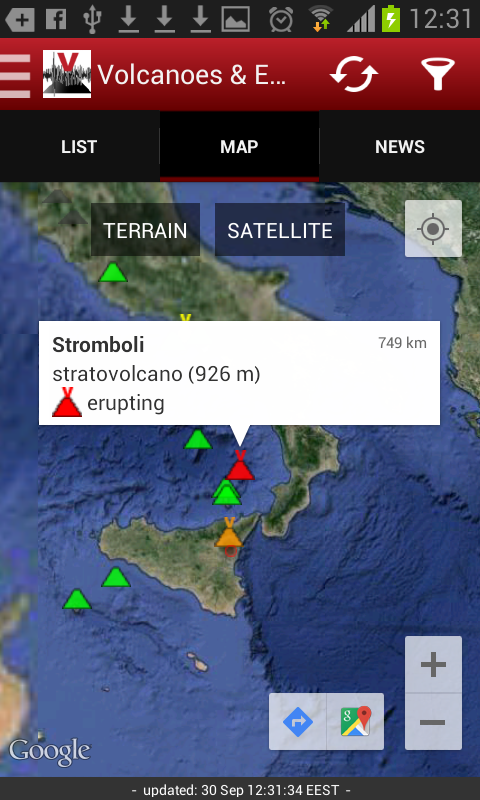 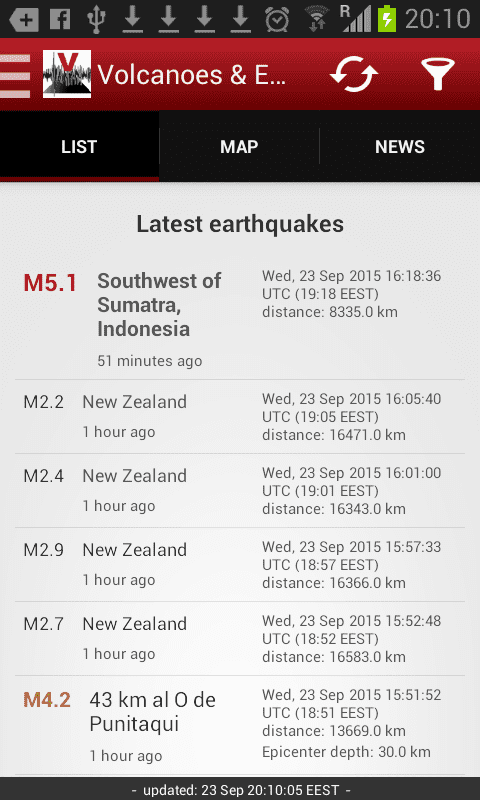 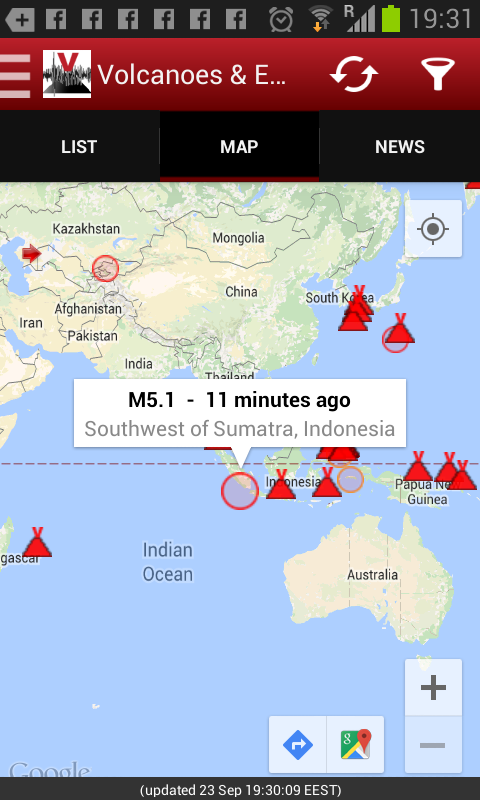 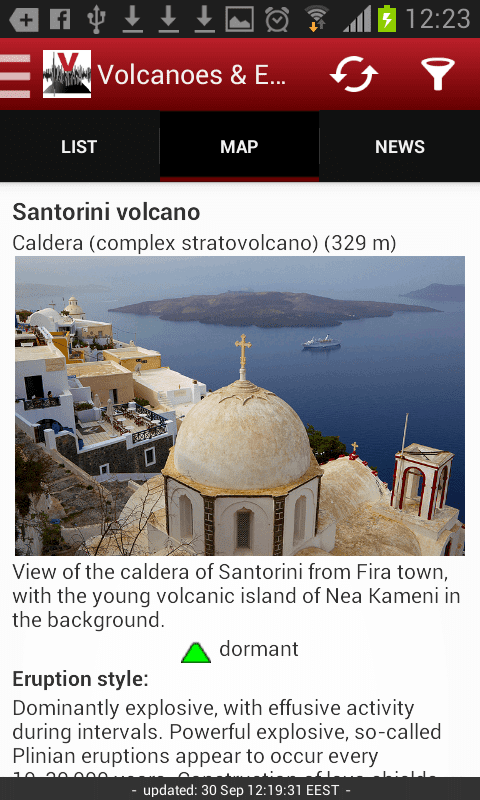 Volcanoes & Earthquakes shows the latest earthquakes and active volcanoes on a map and as list.
You can filter the data shown in various ways, e.g. by magnitude or age of earthquakes, the distance from your location, the status of volcanoes and so on.

The original earthquake / volcano data can be found with more detail on www.volcanodiscovery.com. Earthquake data are continuously being collected and updated from various public sources, mainly international agencies such as USGS, GFZ, EMSC and many others (currently more than 40 sources).

16 Jan 2019 - Version 2.0
- update of messaging API from GCM to FiireBase (google will retire GCM by 11 April 2019)
- lowered location permission precision needed
- run-time permissions that can be revoked any time

12 Oct 2015 - Version 1.1:
- include earthquakes >M6 for the past year
- optimized earthquake data download
- improved filter settings
- minor bugfixes (e.g. latitude was taken as longitude in a routine by mistake)

Although we collect data carefully and maintain the application as well as possible, there is no warranty for correctness or completeness of the information and the functionality of the app.

The Volcanoes & Earthquakes app has been designed for educational and informational purposes only. It has no governmental affiliation and should not be used for disaster prevention, decision making, emergency planning or any other critical purposes. We are not responsible for any problems, mishaps or accidents that can arise from using the app.

Get the app on google play store

Infos + news about volcanic activity in Iceland
Hekla, Katla, Krafla, Askja, Eyafjallajökull, Heimaey, Surtsey are famous names of active volcanoes, but there are many more in Iceland.
Photo Prints

Volcano-Photo.com
Fine art prints, gifts and other photo products from a selection of our volcano photos. Check out the new website volcano-photo.com!
IOS App

Volcanoes & Earthquakes
Our popular app is now also available for iPhone and iPad! Get the latest volcano news and earthquakes world-wide - it's free!
Nyamuragira

Nyamuragira volcano photos
Africa's version of Mauna Loa, Nyamuragira (or Nyamulagira) is a massive basaltic shield volcano neighboring Nyiragongo. It is one of the most active volcanoes in the world and has voluminous eruptions every few years.
Kilauea

Kilauea volcano photos
The most active volcano in the world with a record long lasting eruption since 1983: images of lava flows, lava lakes, explosions, lava meeting the ocean, aerials and more.
Get the ad-free version!
Why is there advertising on this site?
Copyrights: VolcanoDiscovery and other sources as noted.
Use of material: Most texts and images, in particular photographs, on this website are protected by copyright. Further reproduction and use of without authorization is usually not consented. If you are not sure or need licensing rights for photographs, for example for publications and commercial use, please contact us.
Home | Travel | Destinations | Volcanoes | Photos | Earthquakes | About | Glossary | News | Contact | Privacy - change consent | Imprint | EN | DE | EL | ES | FR | IT | RU
Follow us: