1785-86 eruption
The only certain historical eruption of Cayambe volcano started in February 1785 from a vent high on the southeast flank. It produced a 13 mm thick ashfall at Cayambe town. Ash emissions were also noted in July 1785, and a lava flow (or possibly a mud flow) was reported in March 1786.
Latest satellite images 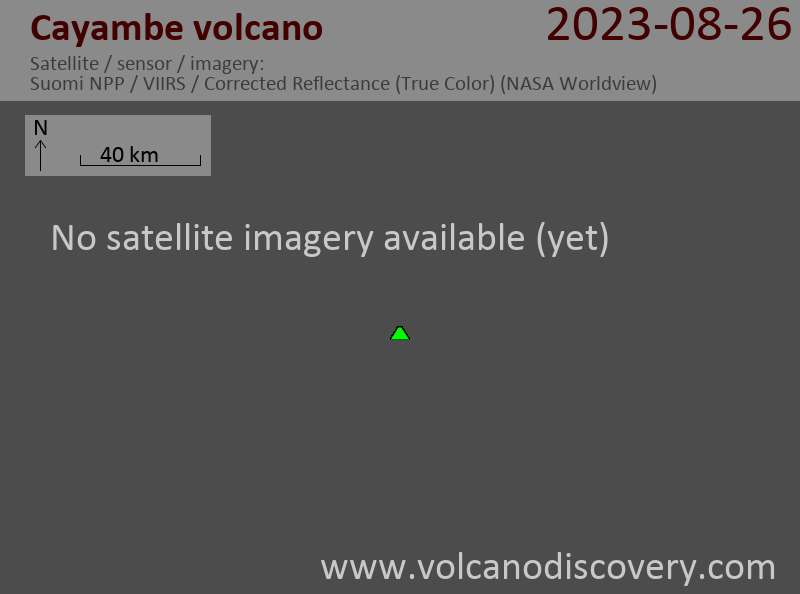 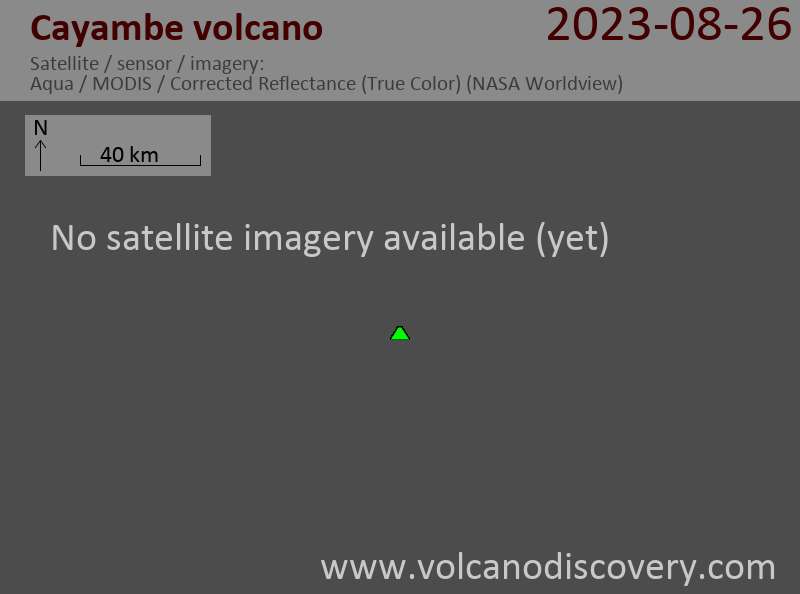 See also: Sentinel hub | Landsat 8 | NASA FIRMS
First visit to our site? If you havn't done it yet, download the Volcanoes & Earthquakes app to get one of the fastest volcano news online:
Android | IOS
Latest news
Wed, 1 Aug 2018, 15:00
Cayambe volcano Volcanic Ash Advisory: ERUPTION AT 01/1343Z TO FL220
Wed, 28 Dec 2016, 06:00
Cayambe volcano (Ecuador) - Smithsonian / USGS Weekly Volcanic Activity Report for 28 December-3 January 2017 (New Activity / Unrest)
On 28 December IG reported continued anomalous seismic activity at Cayambe characterized by volcano-tectonic and long-period earthquakes located 2-8 km below the summit. As many as 40 earthquakes had been recorded each day for the previous two weeks and starting on 24 December that number again increased, especially for volcano-tectonic events. A swarm on 27 December consisted of 100 small-magnitude events. ... Read all
Try our free app!

Anatomy of a vulcanian explosion
A violent vulcanian-type explosion from Anak Krakatau in pictures step by step.
Eyjafjallajökull

Eyjafjallajökull volcano photos
The volcano in Iceland with the unpronounceable name... but famous in 2010 when its ash clouds drifted over Europe and forced a unprecedented large-scale airspace closure for several days, stranding millions of passengers.
Ibu

Ibu volcano photos
Ibu in Halmahera is one of the most active, but rarely visited volcanoes in Indonesia. A spectacular lava dome is growing inside the volcano's breached crater, with frequent explosions.
Tour types

Types of tours
We offer a broad variety of tours to volcanic areas: volcano expeditions and specials, discovery tours with hiking, photography, nature and culture, pilot tours and private custom tours.
Get the ad-free version!
Why is there advertising on this site?
Support us - Help us upgrade our services!
We truly love working to bring you the latest volcano and earthquake data from around the world. Maintaining our website and our free apps does require, however, considerable time and resources.
We need financing to increase hard- and software capacity as well as support our editor team. We're aiming to achieve uninterrupted service wherever an earthquake or volcano eruption unfolds, and your donations can make it happen! Every donation will be highly appreciated. If you find the information useful and would like to support our team in integrating further features, write great content, and in upgrading our soft- and hardware, please make a donation (PayPal or Online credit card payment).