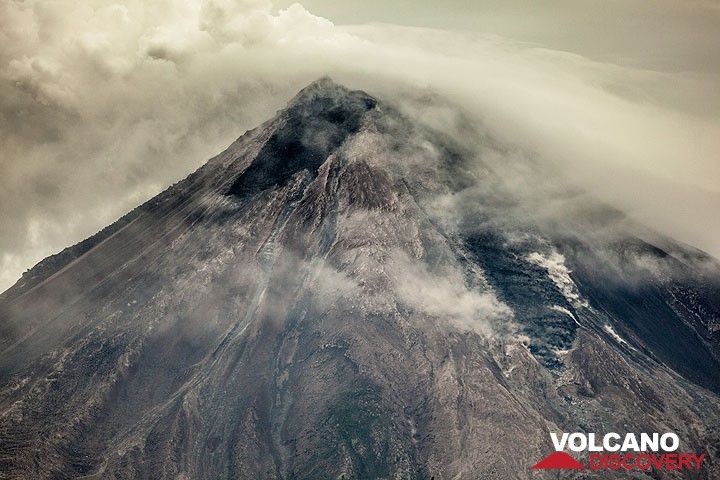 Introduction to Plate Tectonics
The Earth's upper, rigid layer is broken into several plates which are in constant motion to one another. Most earthquakes and volcanoes occur as result of these plate boundaries.
Iceland Eruption 2022

Eruption Update
Get current updates on the new eruption on Iceland's Reykjanes Peninsula that started on August 3rd 2022!
Lava and water

Photos from Kilauea volcano: lava flowing into the sea
Molucca
3-19 May 2020

Volcanoes & Spices
This 17-days adventurous expedition is one of our most exciting volcano tours! Visit Halmahera, North Sulawesi and the Sangihe Islands with some of Indonesia's most active volcanoes, including Dukono, Ibu, Lokon, Soputan and Karangetang.
Volcanic features

A selection of photos of different features: lava flows, lava fountains, lava lakes, fumaroles and more.
Get the ad-free version!
Why is there advertising on this site?
Sources: VolcanoDiscovery / VolcanoAdventures and other sources as noted.
Use of material: Most text and images on our websites are owned by us. Re-use is generally not permitted without authorization. Contact us for licensing rights.
Volcanoes & Earthquakes