Mi, 10. Feb 2021, 06:00
06:00 AM | VON: VN
INGV reported that Strombolian activity from all four of Etna's summit craters, the Southeast Crater (SEC), Northeast Crater (NEC), Bocca Nuova (BN), and Voragine (VOR), was visible during 8-14 February. The frequency and intensity of explosions at SEC were variable; almost continuous strong explosions originated from two vents in the E part of the top of the cone. Tephra accumulated near the top of the cone and rolled several tens of meters down the flanks.
Minor ash emissions rapidly dispersed. Less-intense Strombolian activity occurred at the S vent (also called the saddle vent). Intra-crater Strombolian activity at NEC sometimes produced nighttime crater incandescence.
The activity at BN sometimes ejected coarse material beyond the crater rim, and rare emissions that had diffuse ash content. The the VOR Strombolian explosions ejected material that sometimes rose above the crater rim and generated diffuse ash emissions.


During the morning of 15 February explosive activity at SEC gradually intensified. Activity originated from the E vents but sometimes intense explosions occurred at the saddle vent. A significant increase in tremor amplitude began at 1700.
Tremor amplitude waned at 2100, the same time that explosive activity decreased. At 1700 on 16 February lava began advancing down the E flank of SEC. Part of the cone collapsed at 1705 and generated a pyroclastic flow that traveled 1.5 km along the W wall of the Valle de Bove.
An ash plume rapidly dispersed to the S. Explosive activity at SEC increased and lava fountaining began at 1710. Ash clouds drifted S.
Lava flows advanced into the Valle de Bove, reaching an elevation of 2,000 m by 1759 at the latest. Lapilli, 1 cm in diameter, was reported in Nicolosi (16 km S) and Mascalucia (19 km S), and ash and lapilli fell in Catania (29 km SSE). Ashfall was also reported in Syracuse, 60-80 km SSE.
Another lava flow advanced N into the Valle del Leone. Lava fountains were about 500 m tall, possibly as tall as 600 m. Tremor amplitude began to decrease at 1750 and lava fountains ceased around 1800.
Lava effusion from SEC gradually diminished; the flow in the Valle de Bove was a few kilometers long and smaller flows that had traveled N and S reached an elevation of 2,900. Strombolian activity persisted at SEC overnight during 16-17 February and ceased at 0715 on 17 February. Explosions at VOR were sporadic. 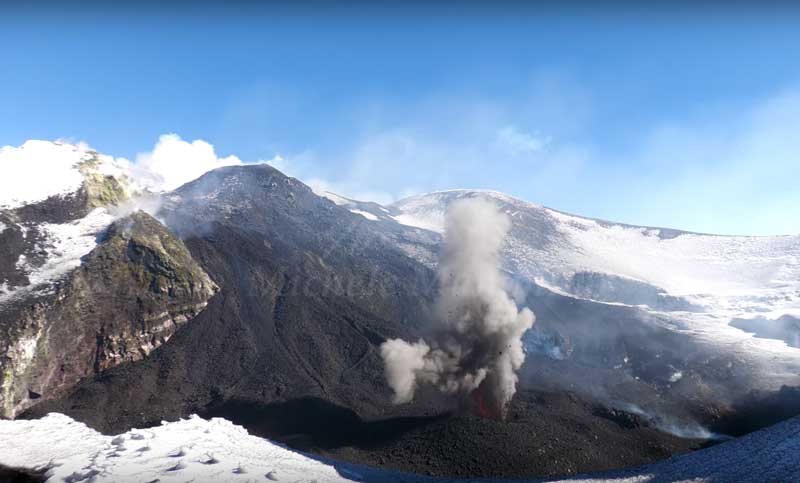 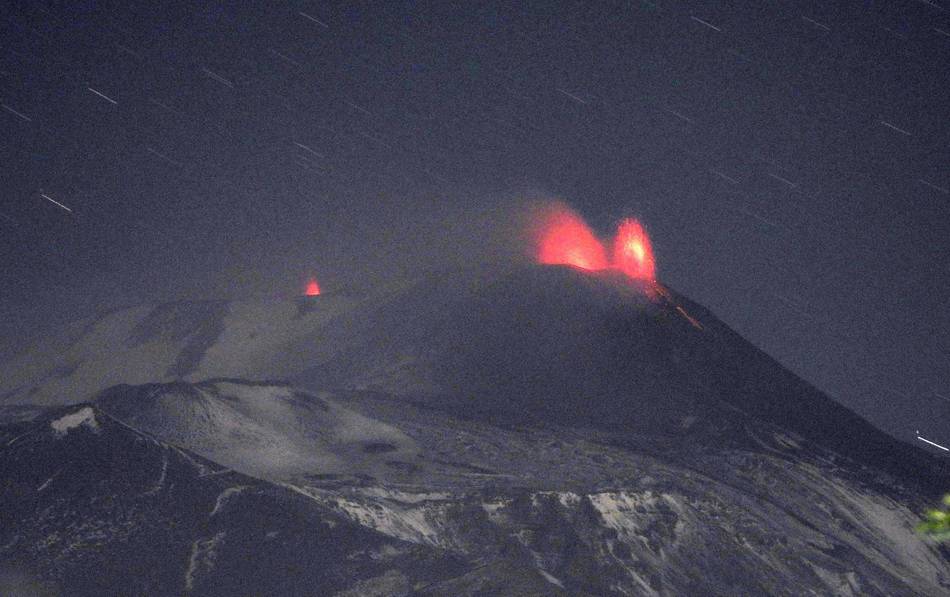 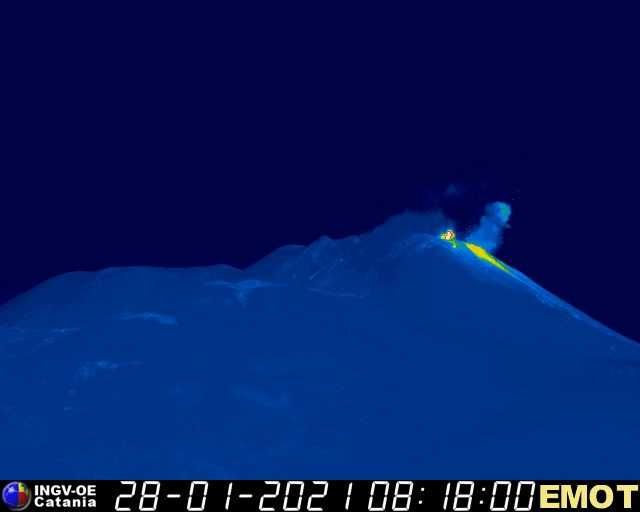 During the night, volcanic tremor descended a bit (although remains high) and the strombolian activity concentrated at the New SE crater with occasional bursts also from Voragine central crater decreased as well. Read all
Mehr anzeigen
Mi, 27. Jan 2021, 08:08 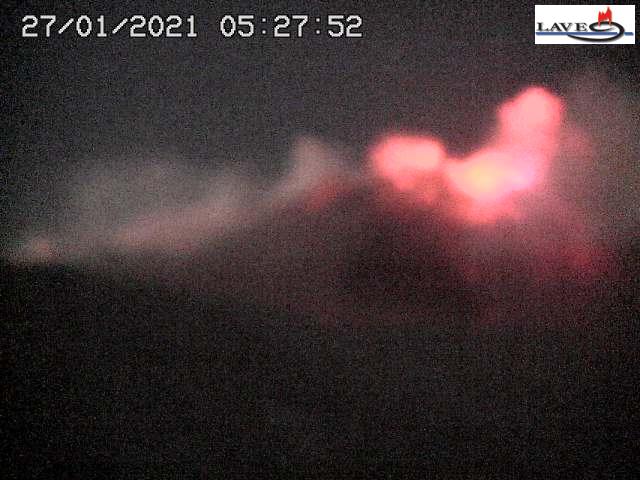 Europe's most active volcano remains highly active, erupting from at least two of its summit craters: although visibility has been very poor, intermittent clear views allow to see intense strombolian-type activity from the New SE crater and the Voragine central crater. ... Read all
So, 24. Jan 2021, 13:53 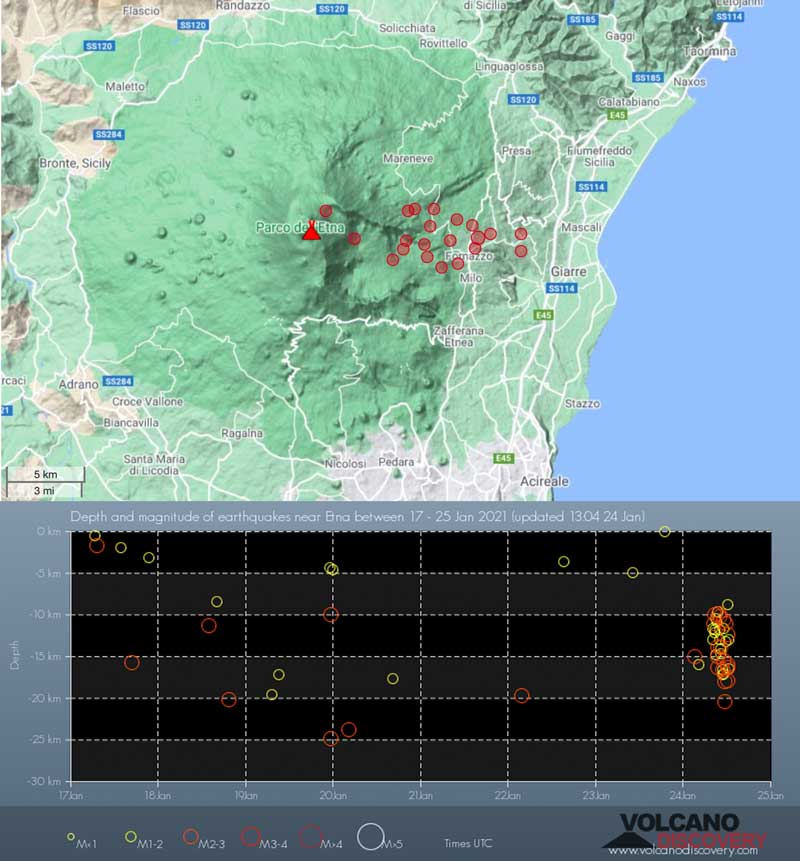 This morning, a swarm of small earthquakes occurred beneath the eastern flank of the volcano. The seismic activity started early this morning at around 6 am local time. ... Read all
Mehr anzeigen
Mi, 20. Jan 2021, 08:29 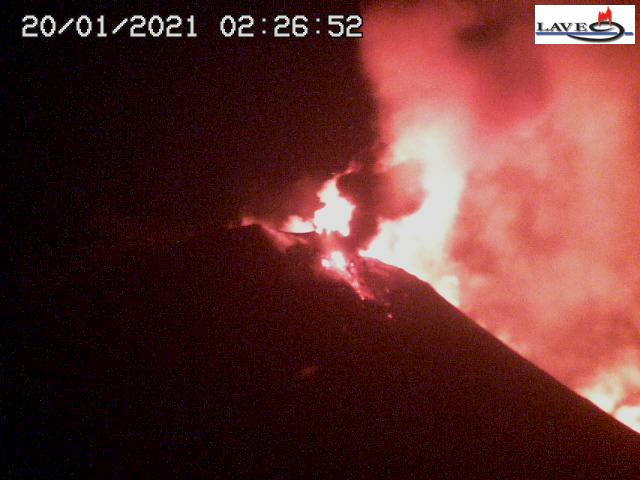 Last night's activity of vigorous and near-constant strombolian explosions from the eastern summit vent of the New SE crater continued to increase, but judging from webcam imagery, it did not quite reach the intensity of previous paroxysms with true lava fountains. ... Read all
Mi, 20. Jan 2021, 00:17 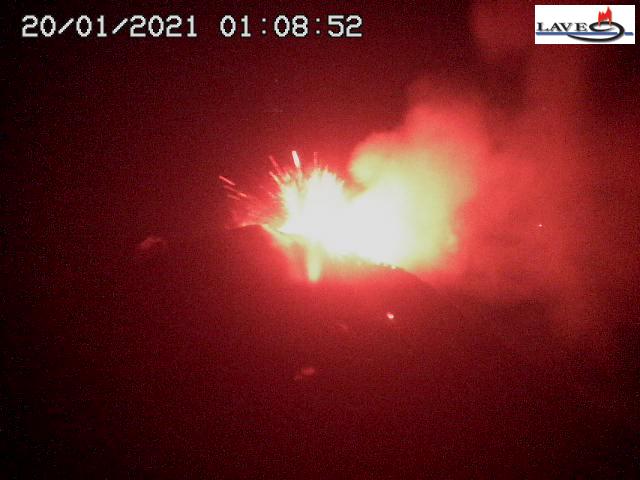 During the past hours, activity from the New SE crater has been increasing significantly and is currently showing intense and near-constant strombolian explosions. It seems very much as if it is heading for another paroxysm in the next hours if not less. ... Read all
Mehr anzeigen
Di, 19. Jan 2021, 16:26 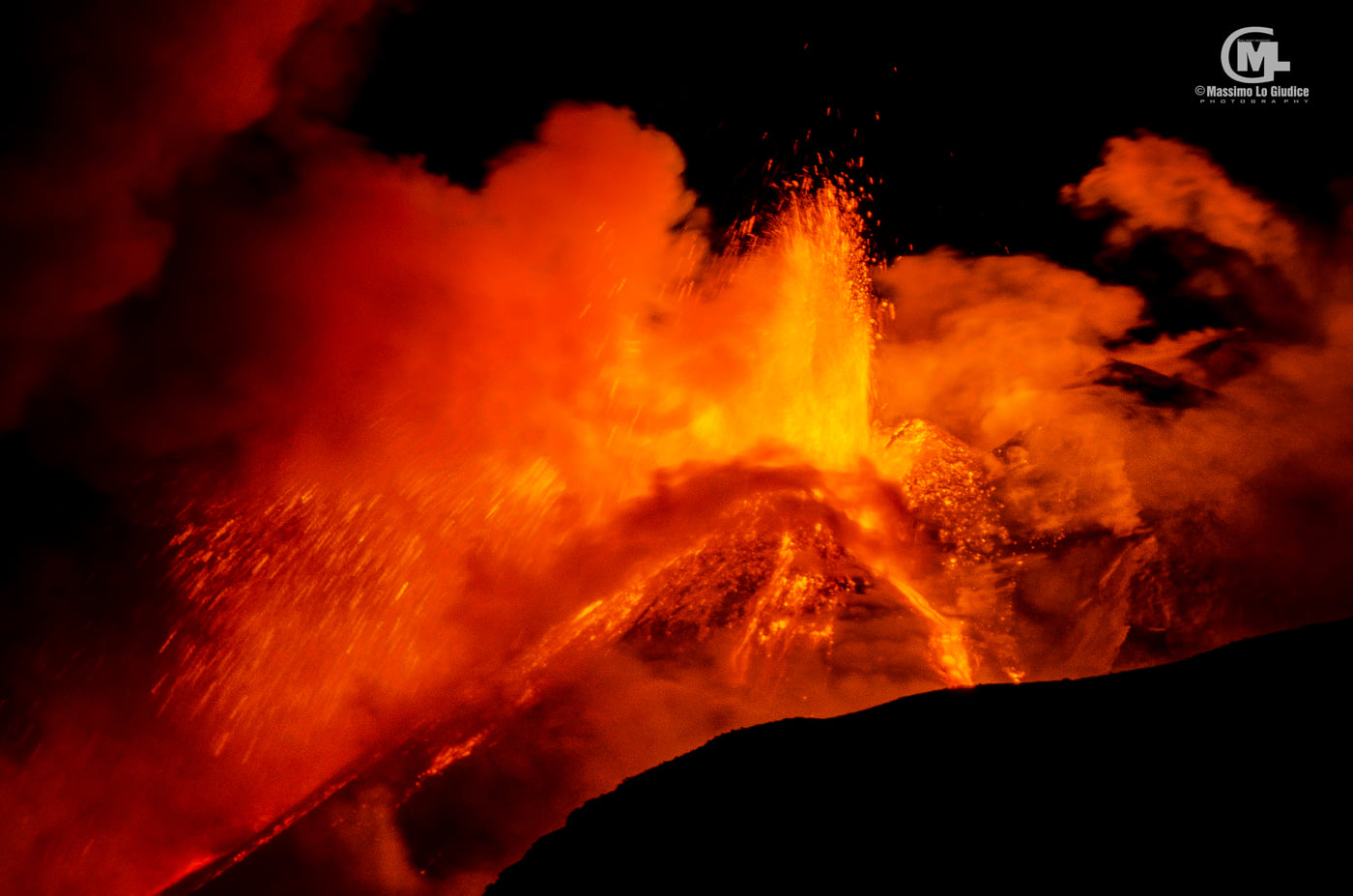 Yesterday evening, activity at the volcano increased quickly into another phase of lava fountaining, known as paroxysm, from the New SE crater. ... Read all
Di, 19. Jan 2021, 06:00

Krakatau volcano photos
Hundreds of photos from active Krakatau volcano in the Sunda Strait, Indonesia. Most of them taken during our various expeditions to this fascinating volcano.
Italy

Photos from Italy
Italy - the cradle of volcanology. Browse through various photo galleries mainly from its numerous volcanic areas - from Naples to Etna and the Eolian Islands and more.
Smoke rings