Gas escaping in pulses from the lava lake contained inside the conduit beneath this crater, throwing out liquid spatter. Taken on May 23, 2009, during the recent expedition to Vanuatu: http://www.volcanodiscovery.com/volcano-tours/vanuatu/volcanoes_south_sea.html

Spattering lava from a crater of Ambrym volcano, Vanuatu

View onto an active vent inside the Benbow crater on Ambrym volcano (Vanuatu). The open conduit contains a lava lake. When gas escapes from the liquid bursting gas bubbles throw out liquid lava spatter. Taken on May 23, 2009 during our most recent expedition to Vanuatu: http://www.volcanodiscovery.com/volcano-tours/vanuatu/volcanoes_south_sea.html

Map of the Ambrym caldera

A sketch map of the vast caldera of Ambrym showing the location of its multiple vents. Taken from Stromboli Online. 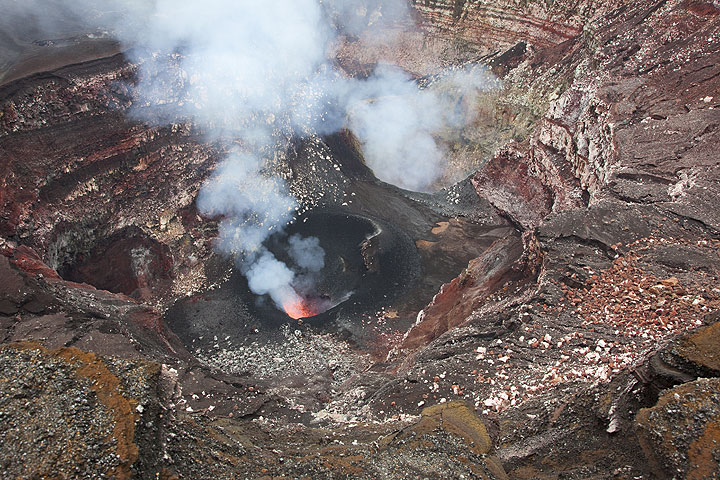 The crater of Benbow in the Ambrym caldera 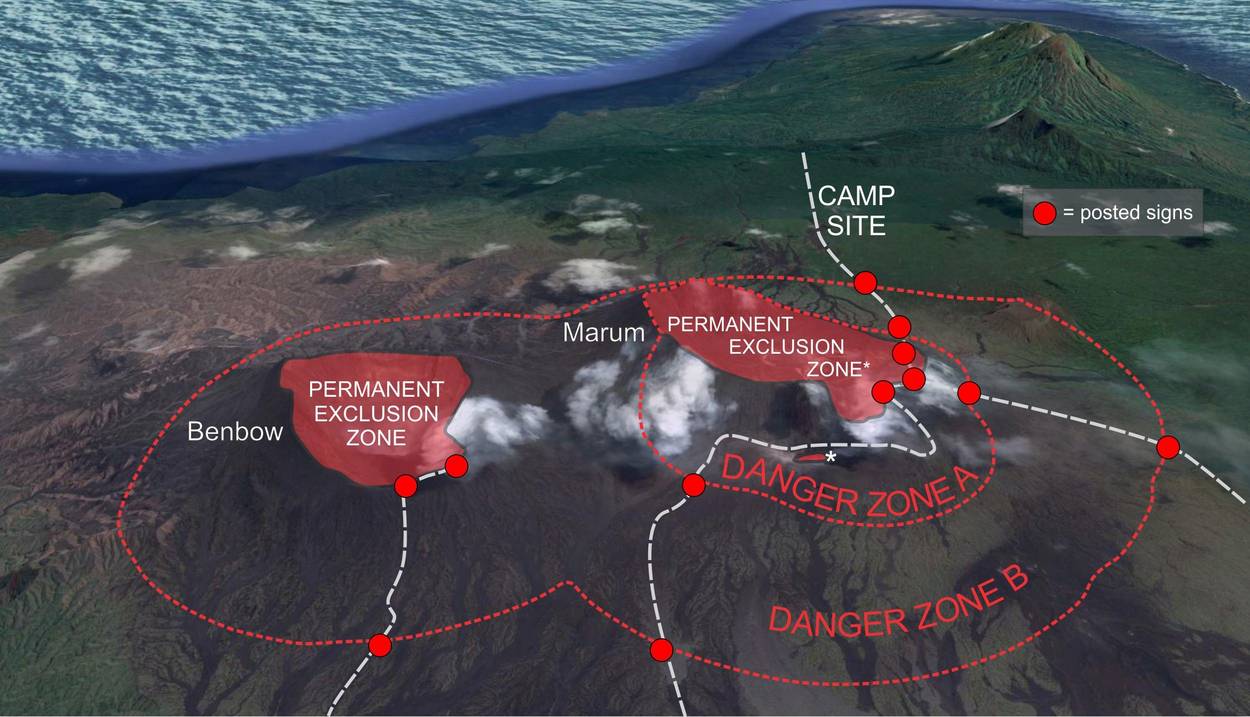 Since the last update, activity at Ambrym is continuing at the low unrest level Volcanic Alert Level 1. Some volcanic hazards do remain on Ambrym specifically at the summit and eastern part of the Island. These are related to the presence of cracked areas. In addition to the summit hazards, the presence of active rifts and faults (major ground cracking) at the South-East area of Ambrym are also hazardous, they will continue to be eroded and affected by earthquake activity. ... Read all
Di, 12. Mär 2019, 19:48
Ambrym volcano (Vanuatu) activity update: Eruption has ended
No eruptive activity has been observed for 3 months, meaning the long-term eruption which began in 2008 has come to an end. ... Read all
App herunterladen

"Thank you very much for the formidable trip!"
Read what our clients have said about us and our tours!
Vulkanfotos