(more videos | more photos)
After the violent paroxysm during 10-11 Nov 2013, the New SE crater continued to produce regular explosions, and, to our great surprise, we could observe during the afternoon of 11 Nov, that it often made fantastic vortex rings (steam rings or "smoke rings") that were blown eastward by strong Ponente.
Most likely, the eruption had changed the morphology of the vent into a way (into a particularly well circularly shaped form?) that allowed it to produce this rare phenomenon. And being Etna, she exaggerates: not only one ring every now and then, but she made dozens if not hundreds during a few hours, often in a row.
|| Galerie Index 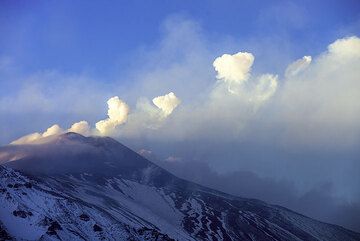 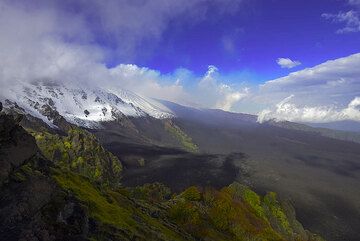 Strong Ponente wind pushes a thick cloud over the western part of the volcano, but leaves the Valle ... [info]
(2834 Treffer) 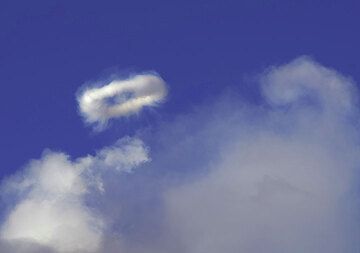 A perfectly circular steam ring vortex detaches from the steam plume of the explosion that created i... [info]
(3286 Treffer) 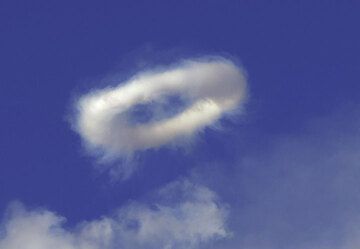 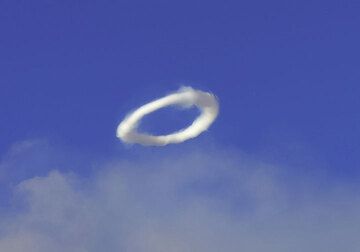 Another perfect ring in the sky. Its diameter is probably about 100 meters. (Photo: Tom Pfeiffer) [info]
(7599 Treffer) 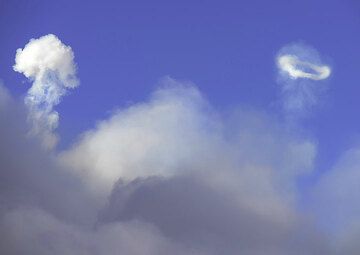 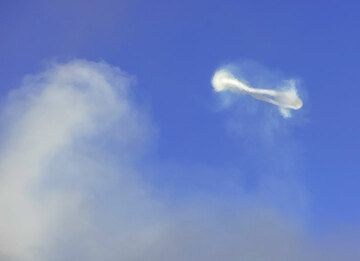 The rotation of the vortex can be seen in this picture in the sideways perspective of another steam ... [info]
(3032 Treffer) 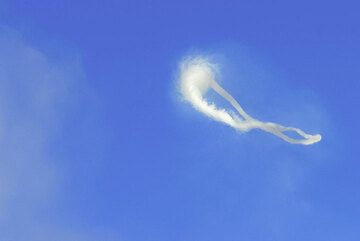 Not all rings are perfectly flat. This one is more irregular. (Photo: Tom Pfeiffer) [info]
(2909 Treffer) 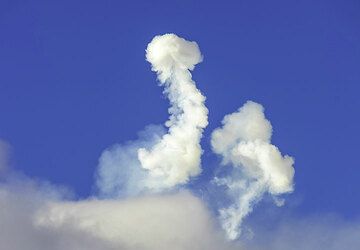 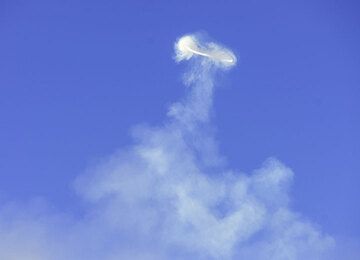 The "successful plume" has the right motion and geometry to produce a vortex that detaches and keeps... [info]
(2453 Treffer) 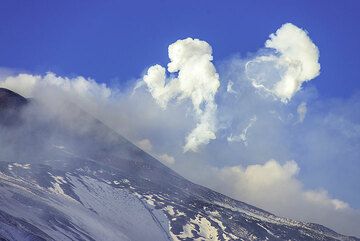 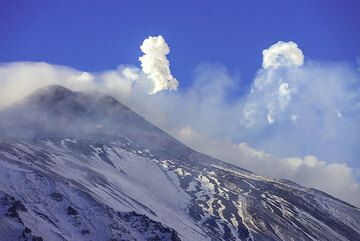 The New SE crater itself is only rarely visible. Here, it just had produced two explosions, each cre... [info]
(2358 Treffer) 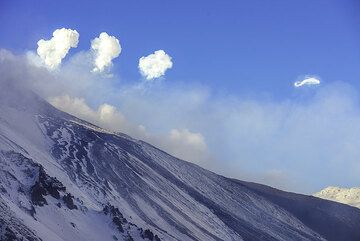 Sometimes, several rings (each from a small explosion) drift eastwards over the Valle del Bove in a ... [info]
(2235 Treffer) 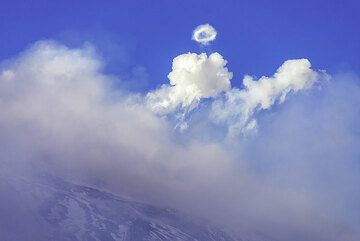 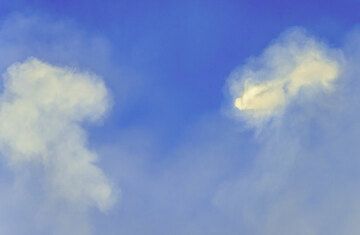 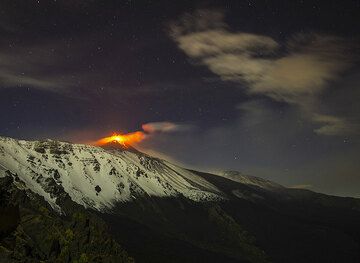