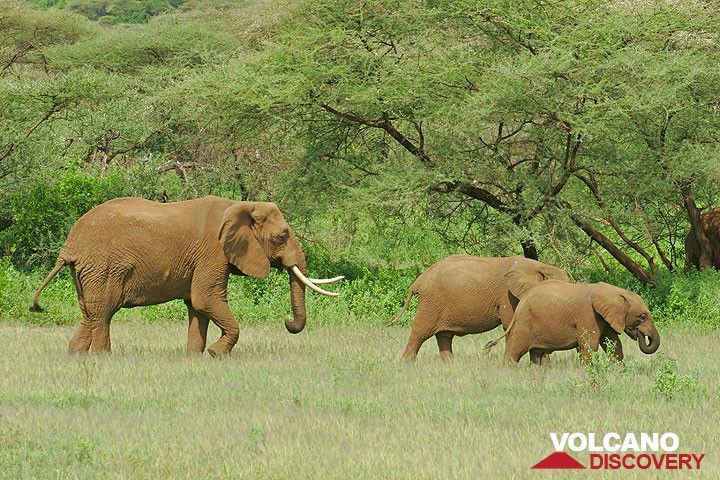 Raung volcano photos
One of the largest and most active volcanoes in East Java, rarely-visited and relatively unknown Raung became (in)famous during its recent eruption in 2015 when its frequent ash plumes forced the repeated closure of Bali's airport.
Italy
7-21 Oct 2022

Kuril Islands expedition
The Kuril islands form one of the most active volcanic chains in the world, but are very difficult to access. From time to time, we organize expeditions to some of these remote and still unspoiled islands. Adventure guaranteed!
Dallol

Photos of Dallol
Look at one of the most surreal landscapes on Earth, created by hot springs, colorful salt deposits and volcanic gas vents.
Sakurajima

Sakurajima volcano photos
One of the world's most active volcanoes, Sakurajima on Japan's Kyushu Island is famous for its frequent vulcanian explosions, often accompanied by eruption lightning.
Warum gibt es Werbung auf dieser Seite?
Sources: VolcanoDiscovery / VolcanoAdventures and other sources as noted.
Use of material: Most text and images on our websites are owned by us. Re-use is generally not permitted without authorization. Contact us for licensing rights.
Volcanoes & Earthquakes