Galunggung volcano is a forested cone cut by a large horseshoe-shaped caldera breached to the SE where most pyroclastic flows from recent eruptions were channeled.
The "Ten Thousand Hills of Tasikmalaya" dotting the plain below the volcano are hill-size deposits (hummocks) left by a large debris-avalanche associated with the collapse forming the caldera ca. 4200 years ago.
Historical eruptions have been restricted to the central vent near the caldera headwall. The eruptions from Galunggung have often caused much damage: The first historical eruption in 1822 produced pyroclastic flows and lahars that killed over 4000 persons. Its last major eruption in 1982-1983 produced devastating pyroclastic flows causing large-scale damage in the populated areas around the volcano. 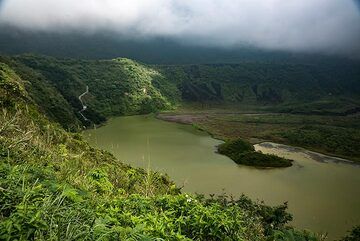 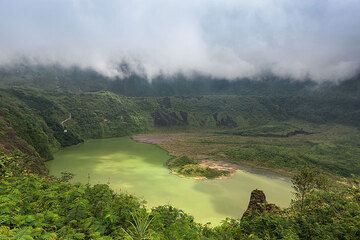 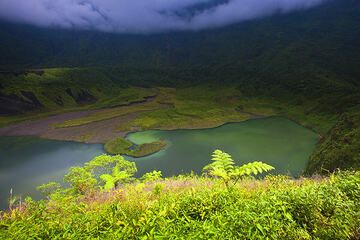 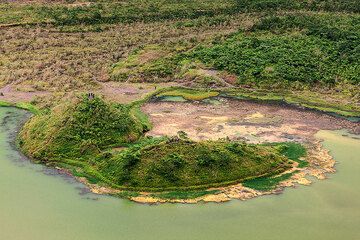 
Aircraft ash encounter at Galunggung - near fatal accident with Boing 474
On 24 June 1982, a Boeing 747 flew through Galunggung's undetected ash plume, which caused all four engines to fail. Fortunately, the engines could be restarted after the plane had lost 25,000 ft and came into denser air, and the crew managed a successful emergency landing, saving the lives of 263 people. This and a similar accident over Alaska raised awareness of the need to monitor volcanic ash plumes, which lead to the formation of the Volcanic Ash Advisory Centres (VAAC). ...mehr
Letzte Satellitenbilder Volcano Tours on Hawai'i
The Hawaiian Islands are not only home to the most active volcanoes in the world, Kilauea and Mauna Loa on the Big Island, but also boast a unique natural environment. Born by volcanic activity of a very active hot spot in the middle of the Pacific Plate, they are a showcase of natural history.
Armenien