Kaikohe-Bay of Islands volcano is a volcanic field at the upper end of the Northland Peninsula about 190 km NNW of Auckland. It contains about 30 craters and vents, mainly basaltic cinder cones, small shield volcanoes and lava plateaus.
The last eruptions occurred about 1500 years ago and formed the 4 well-preserved scoria cones and lava flows at Te Puke. Hot springs occur at 3 locations, including near Lake Omapere, which was dammed by lava flows.

The Kaikohe-Bay of Islands volcanic field at the upper end of the Northland Peninsula contains 30 Pleistocene to upper-Holocene eruptive centers, consisting primarily of basaltic scoria cones, lava flows, and small shield volcanoes, along with minor rhyolitic lava flows and domes.
The field lies at the northern end of the Northland Intraplate Province, and volcanism has progressively shifted to the SE, with the younger Taheke Basalts being aligned along a NE trend at the southern end of the volcanic field.
(GVP information) 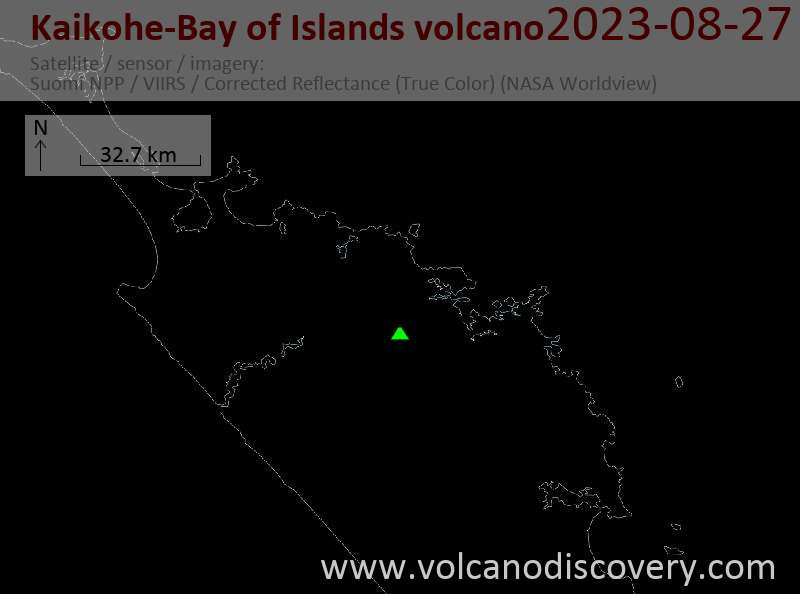 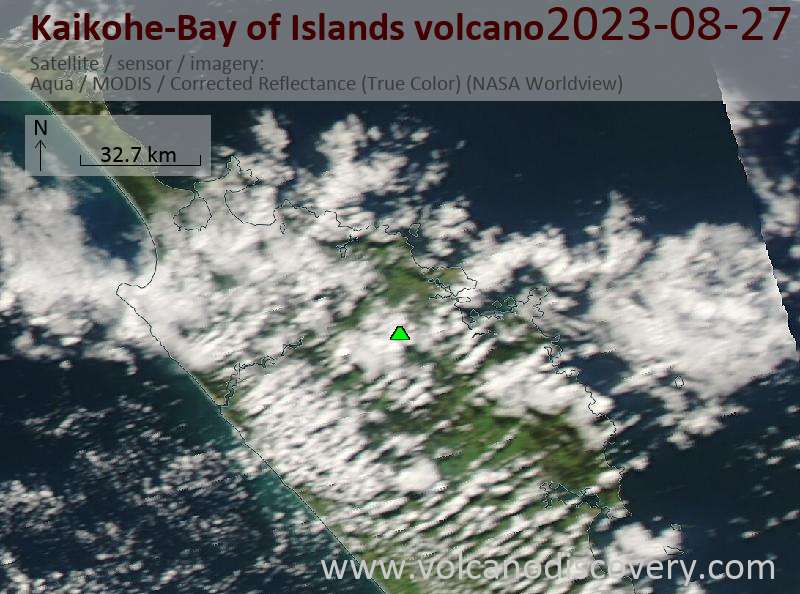 Great magnitude 8.2 Chile earthquake 1 April 14
Reports, maps and list of aftershocks. Did you know the seismic waves were recorded everywhere in the world?
Iceland
30 Jul-16 Aug 2021

Colors of Iceland
Discover Iceland's fascinating geology and volcanic activity on this relaxed photo and geo tour! Get to see the new volcanic eruption on the Reykjanes peninsula from close!
Bromo

Bromo volcano photos
Bromo is one of Indonesia's most visited volcanoes. It is the most active vent inside the huge Tengger caldera and erupts every few years.
Vulkankarte