Mi, 3. Nov 2021, 06:00
06:00 AM | VON: VN
The eruption at La Palma continued during 2-9 November, characterized by Strombolian explosions and lava fountaining from multiple vents, advancing and branching lava flows, and daily ash emissions. Eruption details are based on official sources including PEVOLCA (Plan de Emergencias Volcánicas de Canarias) steering committee daily summaries. Volcanic tremor levels decreased around noon on 2 November and again during 4-5 November, and remained at low levels through 9 November.
Most earthquakes were located 10-15 km deep (though some were as deep as 38 km); dozens of events were felt by local residents and some were felt across the entire island. At 0824 on 3 November a M 4.8 located 36 km deep was followed three seconds later by a M 5 at 35 km depth; they were perceived by residents as one long event; the M 5 was the largest earthquake of the week. Two other notable earthquakes occurred consecutively; a M 4.6 at a depth of 37 km at 1807 on 7 November was followed eight seconds later by a M 4.5 at 38 km depth.

Some of the larger earthquakes were felt across La Palma Island, as well as in some areas of La Gomera and Tenerife islands. In general, decreases were observed in the levels of seismicity, tremor, deformation, and sulfur dioxide emissions, though by 9 November the data continued to fluctuate with no consistent trends.

The vents in the main cone continued to effuse lava, eject tephra, sometimes producing dense billowing ash-and-gas plumes that rose 2.5-3.5 km (8,200-11,500 ft) a.s.l. and drifted WSW, SW, and SSE. Several vents in the main cone were active, though the activity levels varied in intensity throughout the week.
Weather conditions and large amounts of emitted ash resulted in air quality alerts issued daily by authorities as they warned residents of some affected areas (Los Llanos de Aridane, Tazacorte, El Paso, Puntagorda, and Tijarafe) to stay indoors; air quality was “extremely unfavorable” on most days then upgraded to “unfavorable” on 9 November. Sulfur dioxide emissions fluctuated at high levels between 9,000 and 31,300 tons per day and showed an overall decrease. On 5 November photos showed sulfur deposits on the E flank on the main cone and in other areas near vents emitting volcanic gases.

Lava continued to flow west through pre-existing lava channels and tubes, over older flows, and occasionally formed new branches. The flows were numbered 1-11. Flow 11 originated at the end of October along the upper central part of the S margin of the flow field, N of Montaña Cogote; by 3 November it was 100 m from the LP-211 road and on 6 November the advancement rate increased.
Lava number 2, located between the main flow, number 1, that had reached the ocean on 21 September and flow number 9 which had previously branched off of the main flow to the S, advanced during 8-9 November. The flow reached the sea cliff at Los Guirres Beach and then entered the ocean at 0245 on 9 November. Overall, the flow field covered an estimated 9.84 square kilometers by 8 November. 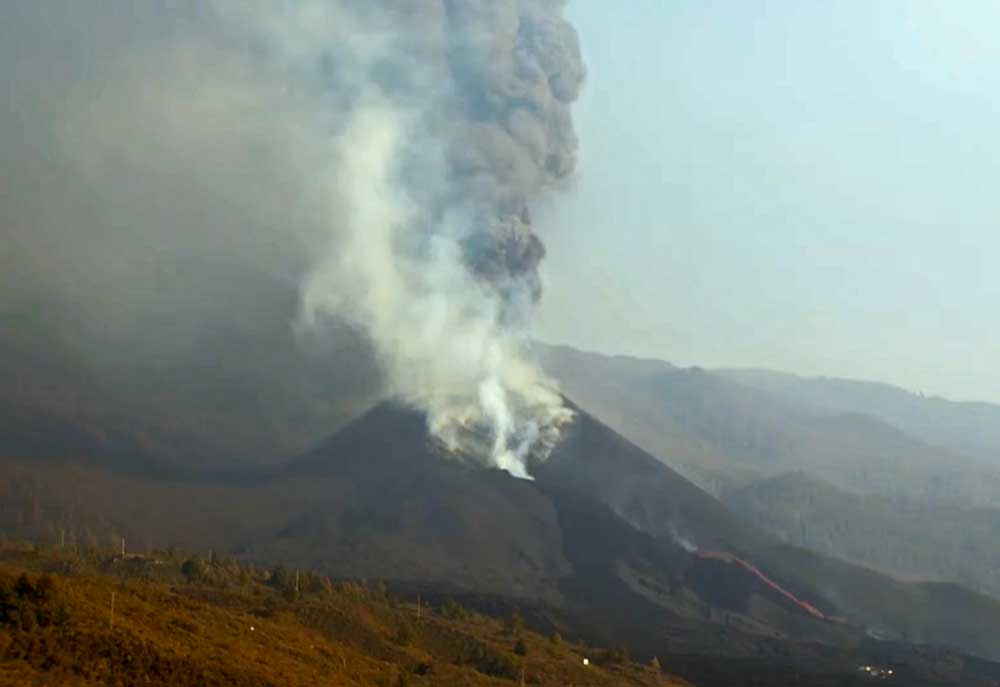 The activity has been lower on most fronts today. Most notably, volcanic tremor dropped sharply at around noon local time to about half its values of the previous days average. ... Read all
Mehr anzeigen
Di, 2. Nov 2021, 16:45

With lava effusion remaining high, most of it has been feeding the lava flows on the southern part of the flow field, in particular the ones named 3 and 9 on official maps. ... Read all
Mehr anzeigen
Di, 2. Nov 2021, 09:15 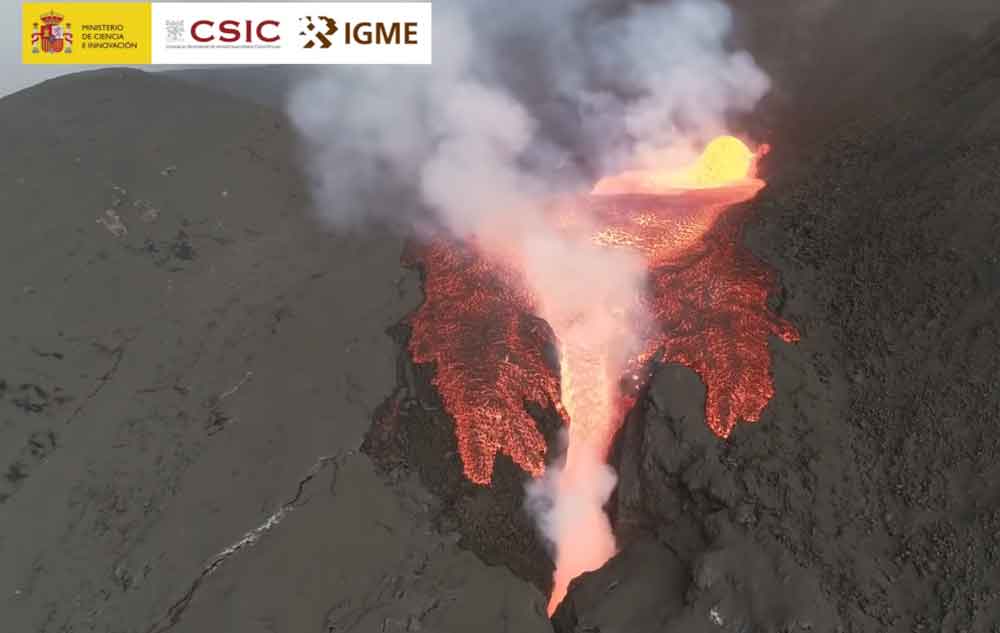 Ethiopia and the Danakil
Ethiopia is a very diverse and beautiful country. Thanks to our numerous expeditions to Erta Ale and Dallol and beyond, we have an extensive collection of images showing the volcano's lava lake, the desert, the colorful hot springs of Dallol, the vast salt lakes, camel caravans and more.
Germany

Photos from Germany
Germany has a large number of volcanoes - most of them extinct, but the Eifel volcanic field is still potentially active.
Italy
7-21 Oct 2022