At the end of our recent tour to Stromboli, Vulcano and Etna, Etna decided to make us a special present: a new eruption from the New SE crater. It started very similar to a paroxysm, but did not reach the intensity to produce true lava fountains. Instead, the eruption continued for several days with intense strombolian activity and the effusion of lava flows traveling east into the Valle del Bove.
|| Galerie Index 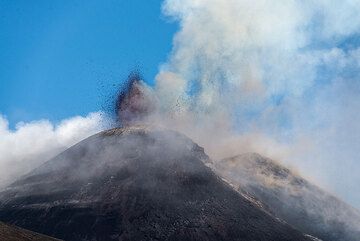 During the night of 14-15 June, strombolian activity at the New SE crater increased strongly and tre... [info]
(1689 Treffer) 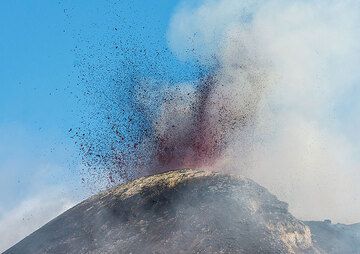 Bursts of liquid lava from the summit vent of the NSEC occurred at intervals of few seconds. (Photo:... [info]
(1993 Treffer) 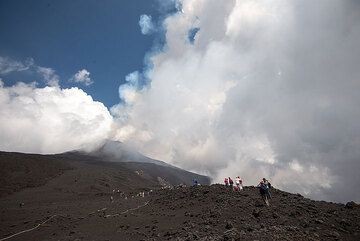 Tourists climbing Etna this Sunday morning were lucky to be allowed to observe the activity from app... [info]
(1487 Treffer) 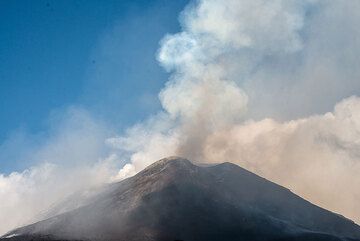 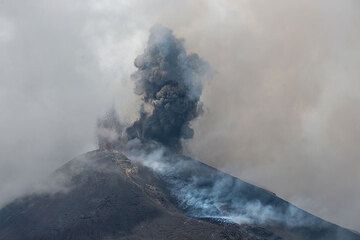 Around noon, a second vent started to be active as well, ejecting dense jets of dark ash. A new lava... [info]
(1303 Treffer) 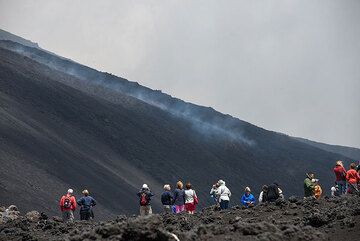 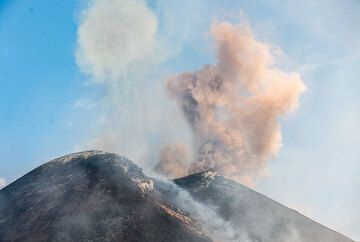 Brown ash rising from an area at the NE part of the summit - either from collapses or the opening of... [info]
(1257 Treffer) 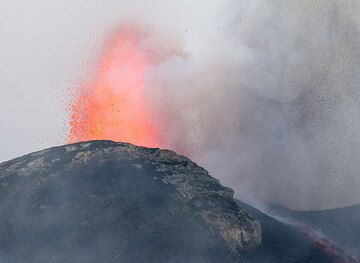 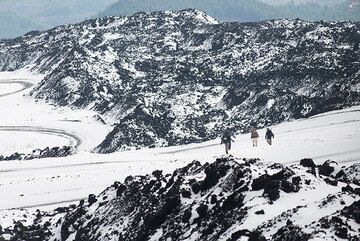 A strong thunder and hailstorm forced everyone to leave the summit area. More than 10 cm of fresh ha... [info]
(1255 Treffer) 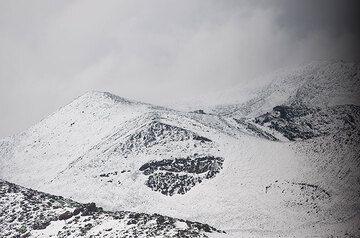 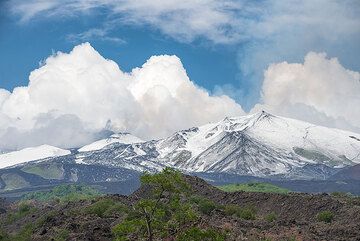 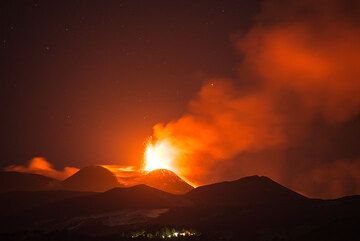 The sky over Etna during the night 15-16 June is brightly illuminated by the explosions from the NSE... [info]
(1896 Treffer) 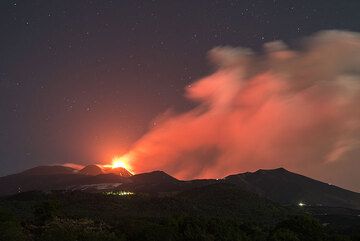 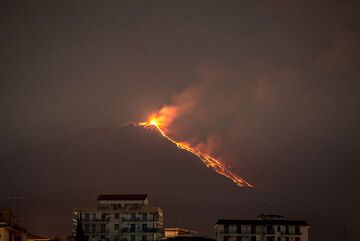 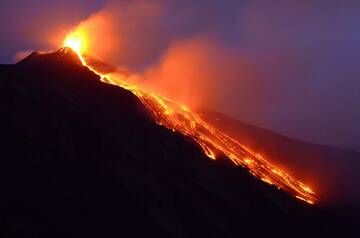 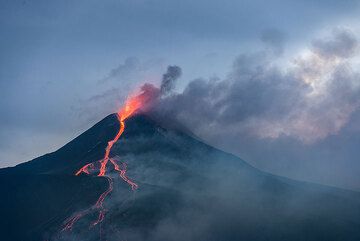 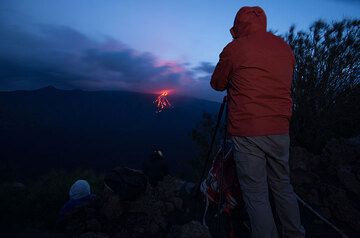 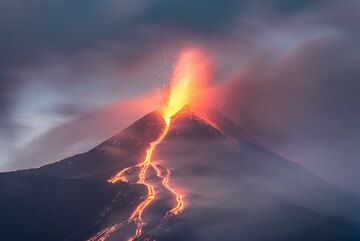 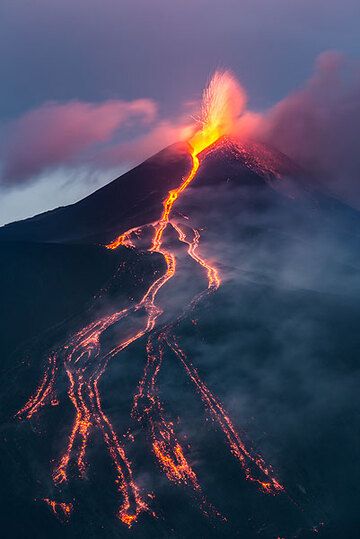 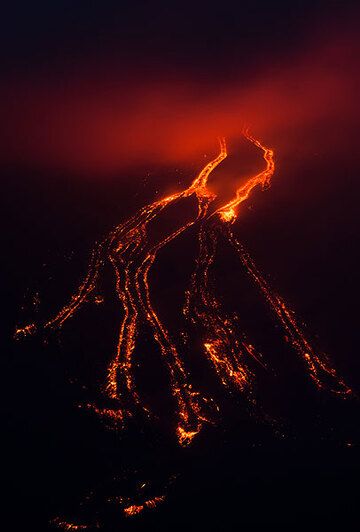 Again, clouds draw in and hide the crater itself. Only the lava flows are still visible below the cl... [info]
(1748 Treffer)
|| Galerie Index
App herunterladen

Anatomy of a vulcanian explosion
A violent vulcanian-type explosion from Anak Krakatau in pictures step by step.
Santorini geology tour

Fascination Volcano
Discover with us the fascinating natural history of Santorini volcano in Greece on this walking and study tour.
Starke Erdbeben

Volcanic eruption Sep 2021
Follow the new volcanic eruption on La Palma Island, the first since 1971! We collect infos, links and news latest always on top.
Warum gibt es Werbung auf dieser Seite?
Copyrights: VolcanoDiscovery and other sources as noted.
Nutzung von Bild- und Textmaterial: Most texts and images, in particular photographs, on this website are protected by copyright. Further reproduction and use of without authorization is usually not consented. If you are not sure or need licensing rights for photographs, for example for publications and commercial use, please contact us.
Home | Travel | Destinations | Volcanoes | Photos | Earthquakes | About | Glossary | News | Contact | Privacy - change consent | Imprint | EN | DE | EL | ES | FR | IT | RU
Follow us: