1994 eruption - lahar kills 30 people
Rinjani started to erupted on 3 June 1994 from the Barujari cone. In the following months, the eruption continued with frequent ash explosions, and occasional small pyroclastic flows. In the interval between 3 and 10 June, more than 172 detonating explosions were recorded by the Sembalun Lawang observatory, located 15 km NE of the volcano.
Near the end of the activity, a tragic accident killed 30 local villagers: on 3 November 1994, a mud flow (lahar) caused by heavy rainfall re-mobilizing loose deposits went down Kokok Jenggak valley, killing the people who were collecting water for their homes.
Letzte Satellitenbilder 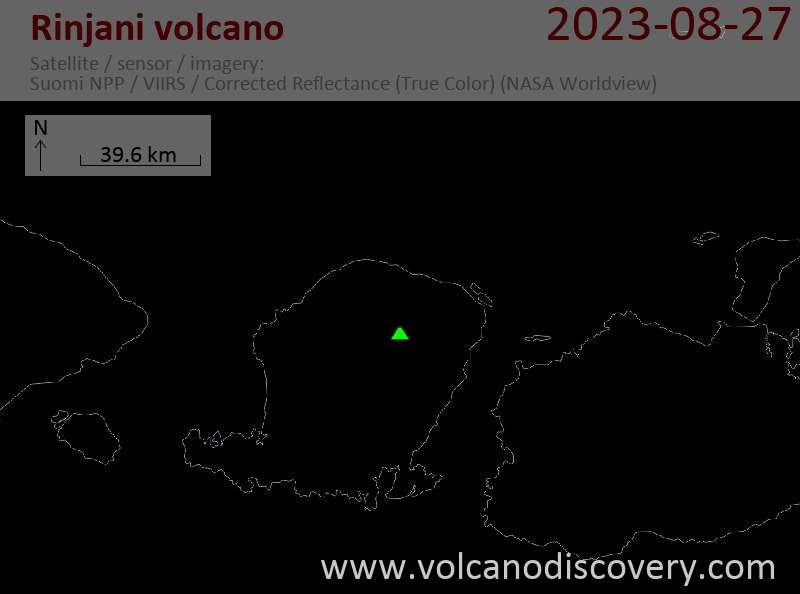 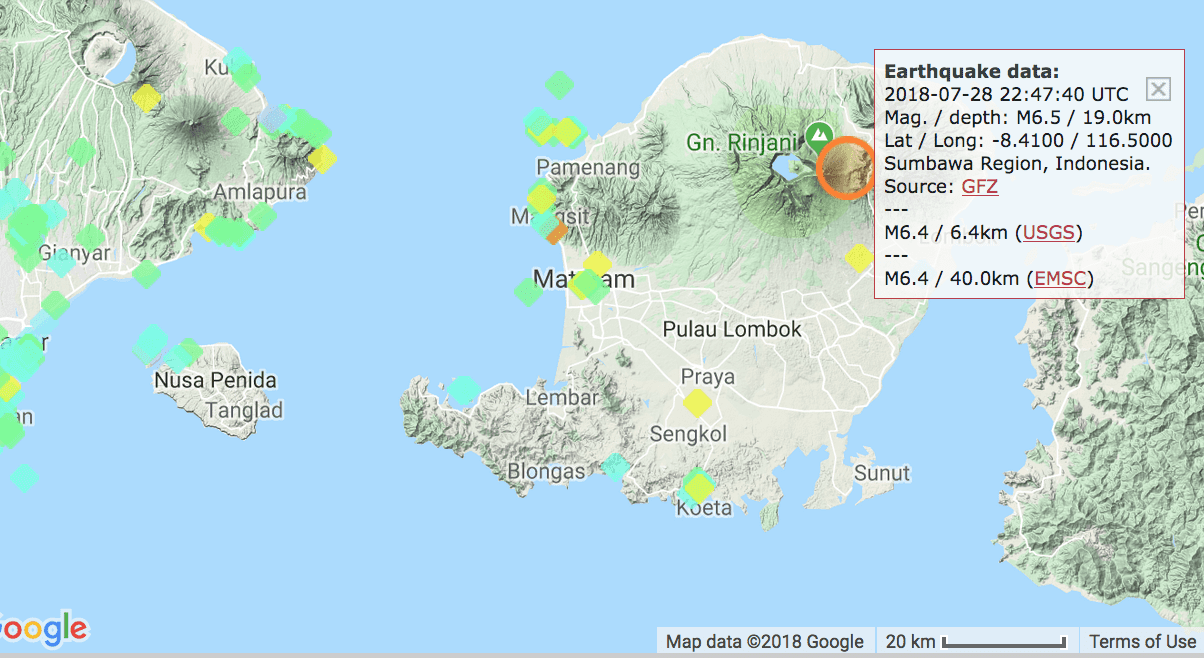 Following the strong magnitude 6.5 earthquake yesterday, which occurred right under the volcano, landslides and mudflows triggered by the quake damaged some of the access routes to the National Park and partially made them impassable. ... Read all
Mi, 25. Jul 2018, 06:00

PVMBG and BNPB reported that a M 6.4 earthquake was recorded at 0547 on 29 July, shaking the islands of Lombok, Bali, and Sumbawa, and causing significant damage to buildings (including collapses) and roads, ground cracks, multiple injuries, and the death of 17 people in Lombok. The hypocenter was 24 km deep, and 47 km NE of Mataram City. Aftershocks were numerous and as large as M 5.7. ... Read all
App herunterladen

Ibu volcano photos
Ibu in Halmahera is one of the most active, but rarely visited volcanoes in Indonesia. A spectacular lava dome is growing inside the volcano's breached crater, with frequent explosions.
Colima

Colima volcano photos
This beautiful stratovolcano in western Mexico is one of the most active volcanoes on the American continents. It is known for its often spectacular explosions and sometimes glowing avalanches.
Reisenews

From Stromboli to Etna tour
A small group tour with a volcanologist to discover the active volcanoes in Sicily: spend 8 fantastic days in some of the most beautiful and interesting volcanic areas in the world. Watch Etna and Stromboli erupt... Last but not least, very nice accommodation and delicious food wait for you!
Kurze Touren