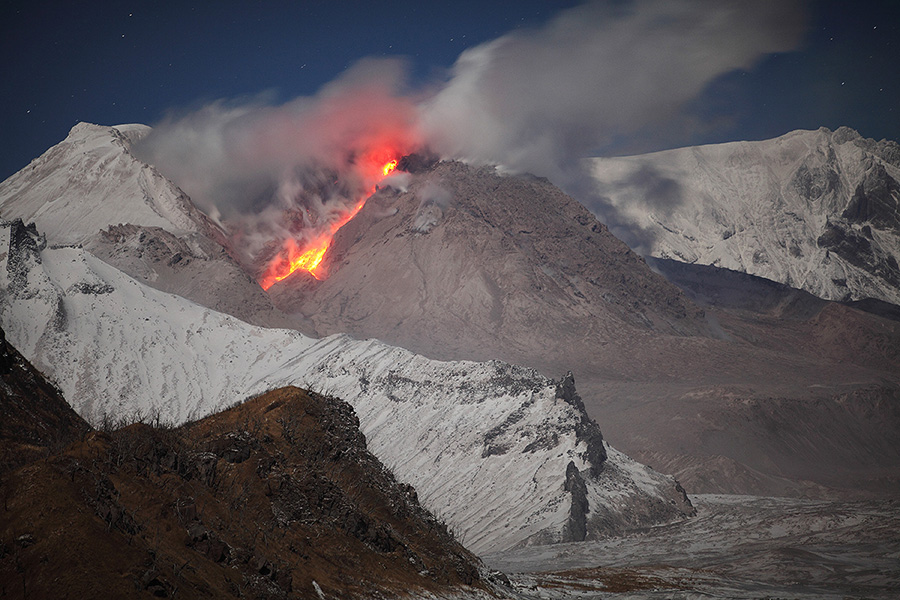 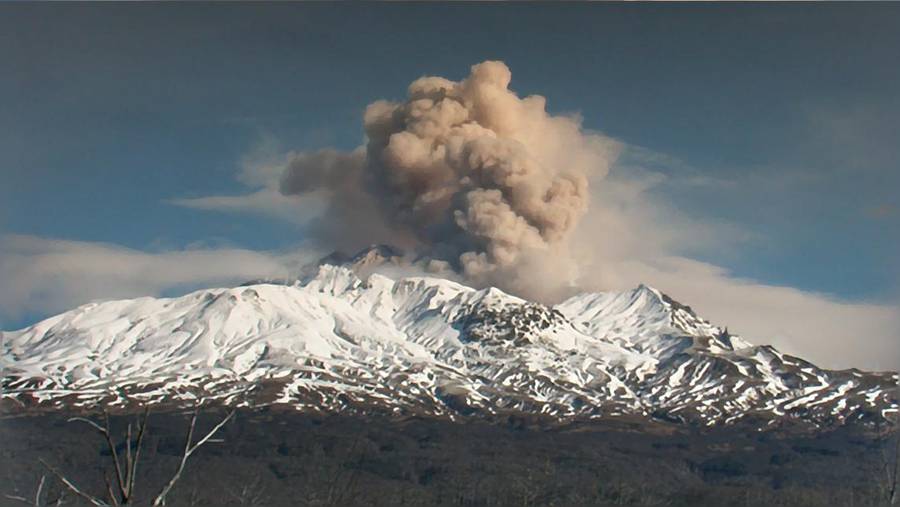 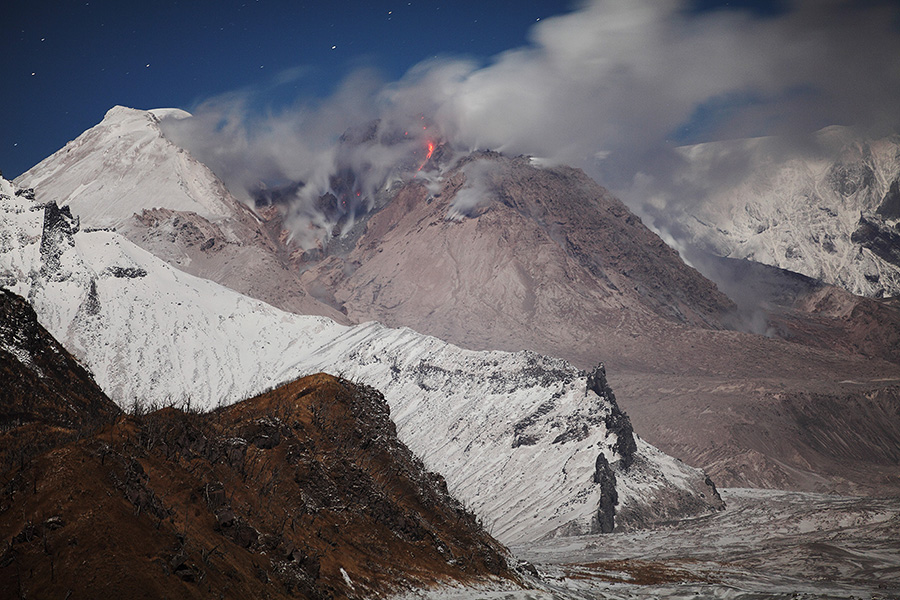 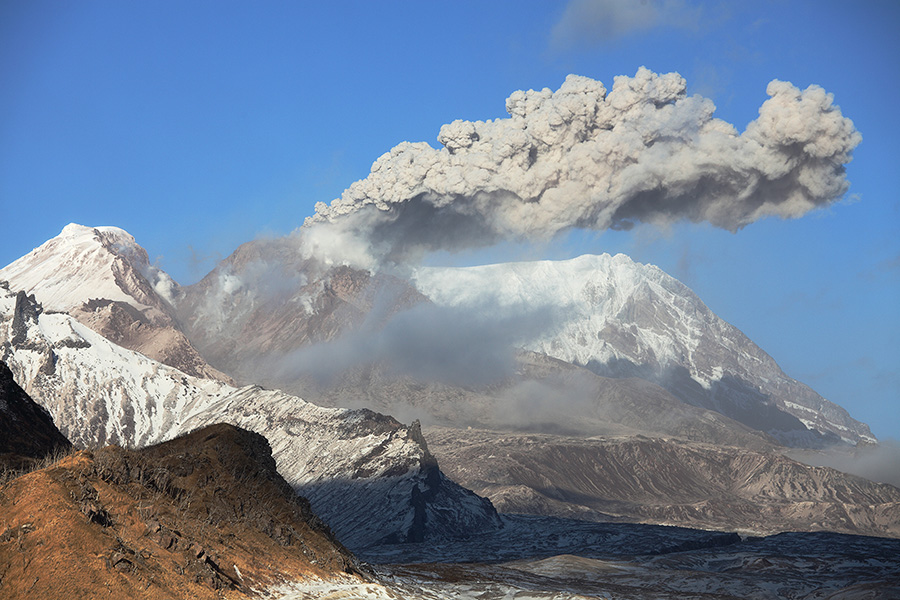 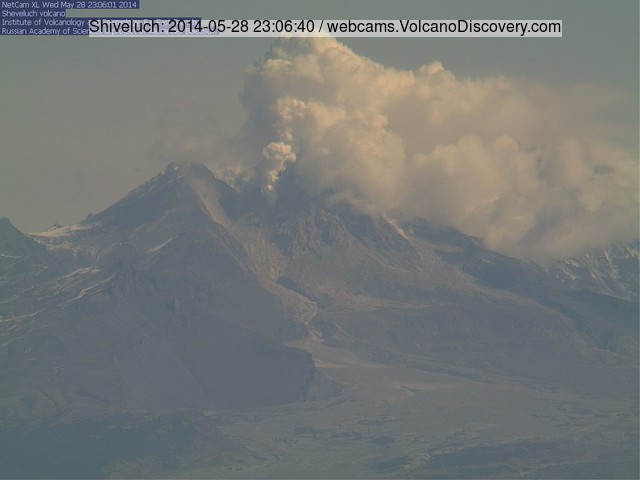 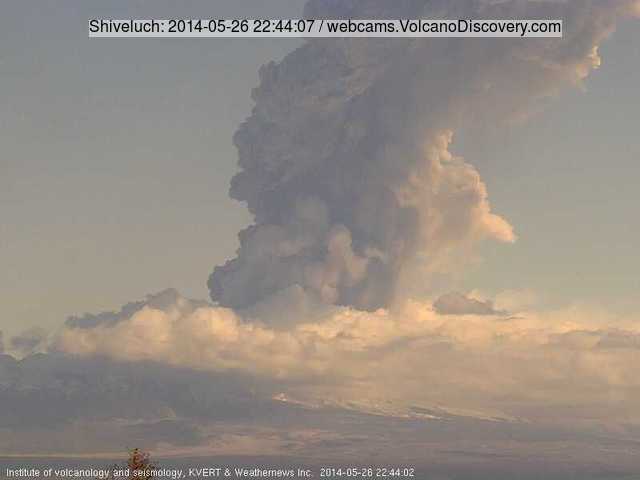 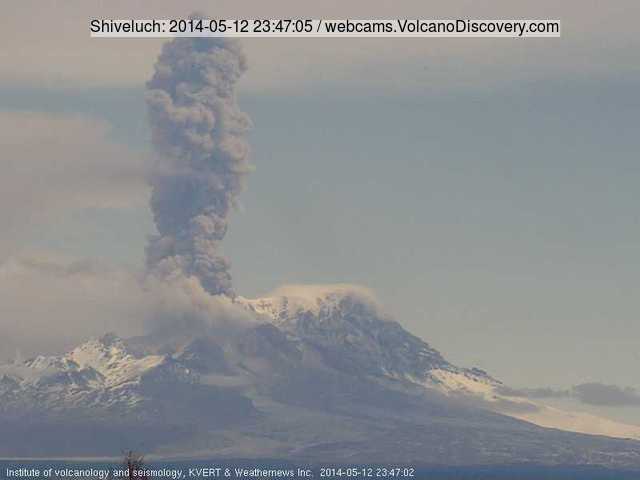 Explosion from Shiveluch volcano this morning
Although activity has been generally at comparably low levels during the past weeks, a strong explosion occurred this morning at the active lava dome and produced an ash plume that rose to approx. 33,000 ft (10 km) altitude.
Sheveluch volcano (Central Kamchatka, Russia) - Smithsonian / USGS Weekly Volcanic Activity Report for 7 May-13 May 2014 (Continuing Activity)
Mi, 7. Mai 2014, 06:00
KVERT reported that during 2-8 May lava-dome extrusion onto Shiveluch's SE flank was accompanied by ash explosions, incandescence, hot avalanches, and fumarolic activity. Satellite images showed a bright thermal anomaly daily. Video images showed ash plumes rising to altitudes of 7-9.5 km (23,000-31,000 ft) a.s.l. and drifting 60 km NW at 1150 on 13 May. Read all
Shiveluch volcano (Kamchatka) activity update
Do, 1. Mai 2014, 08:10 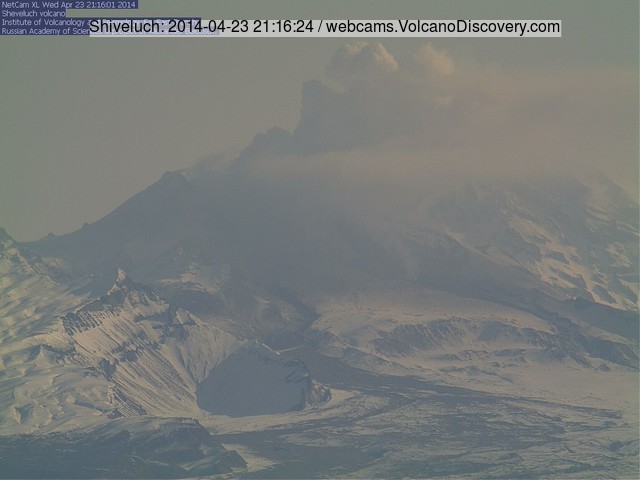 Steaming and ash emission from Shiveluch this morning (KVERT webcam)
Activity is currently relatively low, but the volcano continues to extrude viscous lava into the dome. Occasional small avalanches, explosions and strong steaming accompany this activity. 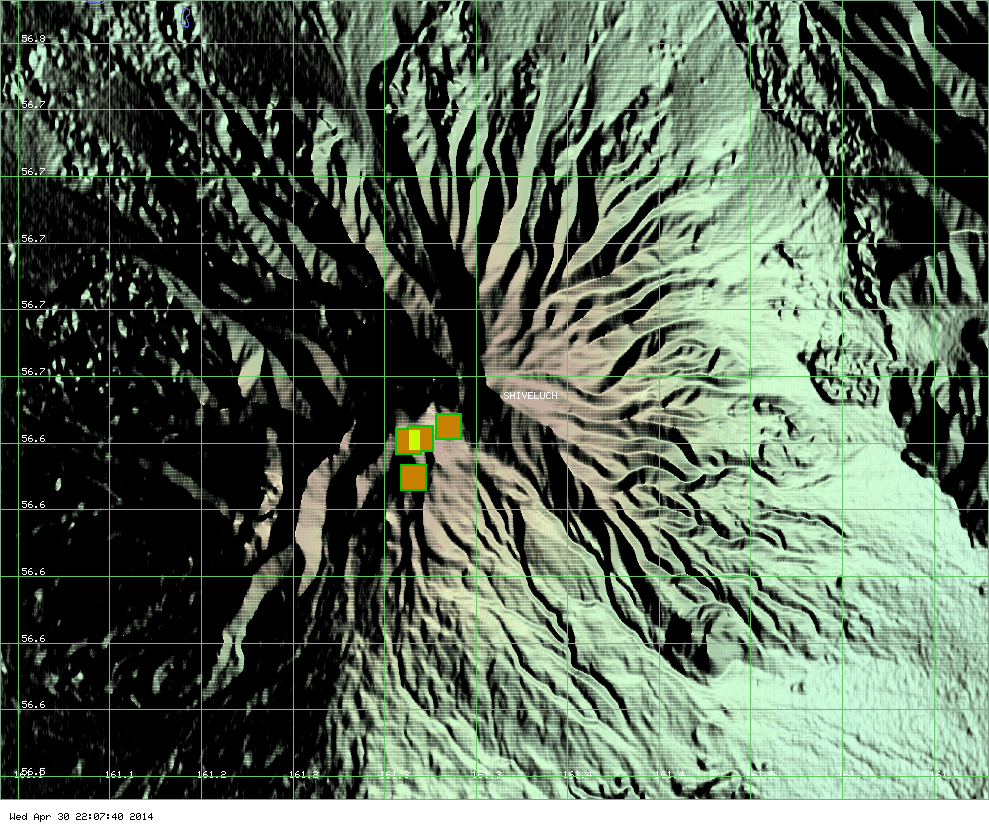 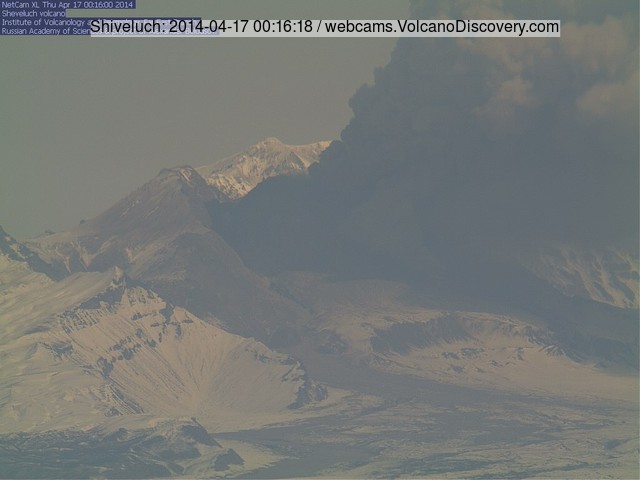 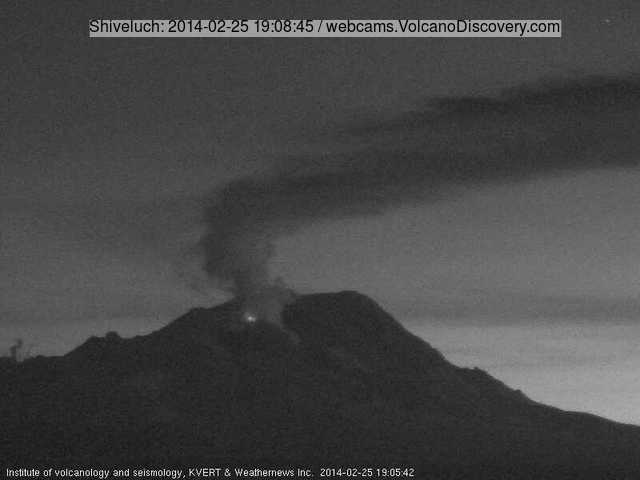 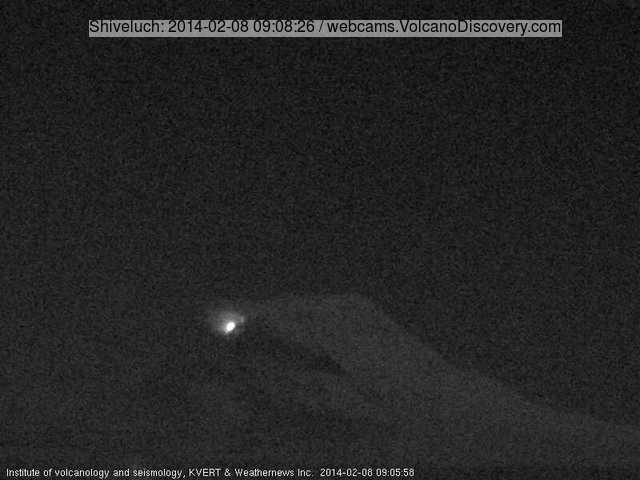 Bright glow from the active lava dome of Shiveluch this morning
A phase of intense activity has been taking place at the volcano over the past few days. On 6 Feb afternoon (or early morning 7 Feb in Kamchatka), a large eruption occurred. VAAC Tokyo spotted an ash plume drifting at approx. 27,000 ft (9 km) altitude more than 300 km northwest. The ash plume reached the Sea of Okhotsk and ash fall occurred in the village Sedanka at more than 200 km distance from the volcano. Read all
Sheveluch volcano (Central Kamchatka, Russia) - Smithsonian / USGS Weekly Volcanic Activity Report for 5 February-11 February 2014 (Continuing Activity)
Mi, 5. Feb 2014, 06:00
KVERT reported that during 31 January-7 February a newer lava dome continued to extrude onto the NW part of Shiveluch's older lava dome. Lava-dome extrusion was accompanied by hot avalanches, incandescence, and fumarolic activity. A thermal anomaly was detected in satellite images during 3-4 February. Read all
App herunterladen

Walking & Study tours
VolcanoDiscovery's signature tours for small groups: Discover volcanoes and volcanic areas from close with an expert in their field! These tours have a broad mix of activities and interests from photography, walking, study travel, nature & culture.
Armenien

Photos from Armenia
Armenia is a very photogenic country with a large variety of landscapes showing some very spectacular geology, century-old monasteries and castles, and much more.
Vulkannews

Bromo volcano photos
Bromo is one of Indonesia's most visited volcanoes. It is the most active vent inside the huge Tengger caldera and erupts every few years.
Reise-Klassiker