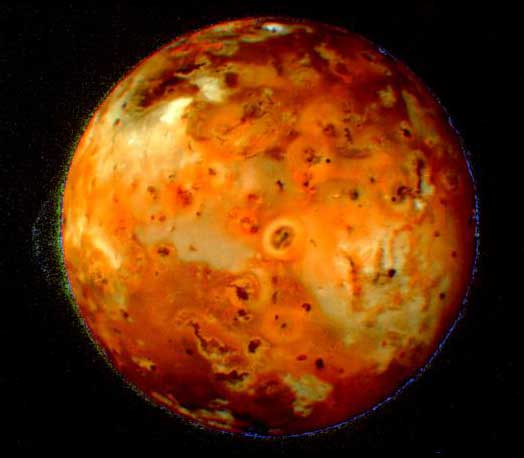 Jupiter's moon Io, photographed by the Voyager 1 spacecraft. Io is the volcanically most active body of the Solar System. Eruptions occur as a result of intense tidal forces exerted by Jupiter's gravity. It has more than 100 active volcanoes with hundreds of active vents. Io's frequent eruptions repeatedly resurface large parts of its surface. (image NASA / GPL)
App herunterladen

Seismic crisis in SW Iceland
In mid Feb 2021, a strong seismic crisis started on the Reykjanes peninsula, caused by a magmatic intrusion that could lead up to a new volcanic eruption. Follow the latest developments!
Merapi

Merapi volcano photos
One of the most active and most dangerous volcanoes of Indonesia: Merapi meaning "the one who makes fire", is a feared but also venerated holy mountain looming over the city of Yogyakarta, capital of Central Java.
Vulkane Javas

Vulkantrekking
A physically active tour to visit and climb some of Indonesia's most active and famous volcanoes: Papandayan and Galunggung in West Java, Merapi in Central Java, Kelud, Semeru, Bromo, the Tengger caldera, and Ijen in East Java.
Kelut

Kelut volcano photos
A new lava dome grew inside the crater lake during the effusive eruption in late 2007, replacing most of the lake. Watch the birth of a new mountain!
Kamchatka

Kamchatka photos
A growing list of photo galleries taking during our expeditions in this fantastic part of the world, full of volcanoes, unspoiled nature and colors.
Warum gibt es Werbung auf dieser Seite?