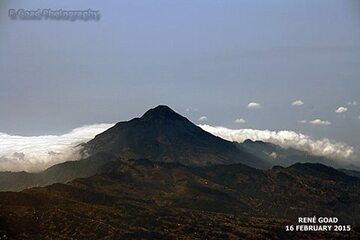 Tacana Volcano as seen from the air. At 4064m asl it marks the border between Mexico and Guatemala. The volcano last erupted in 1986. (Photo: RGoadPhotography) 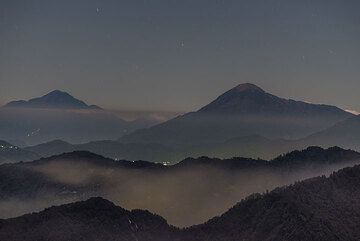 View towards the western part of Guatemala's volcanic front with the silhouettes of Tacana (left background), at the border with Mexico, and Tacomulco volcano (right), wh...
More photos

1986 eruption
Following months of increased seismic activity, a seismic swarm with quakes every minute started on 7 May, and was followed by a small phreatic explosion the next day. The vent was on the upper NW flank at an elevation of 3,800 m. It ejected a small amount of fine ash and partially destroying vegetation in an area 200 x 100 m, but otherwise caused no damage. New fumaroles were later found above 8 May crater. ...mehr
Letzte Satellitenbilder 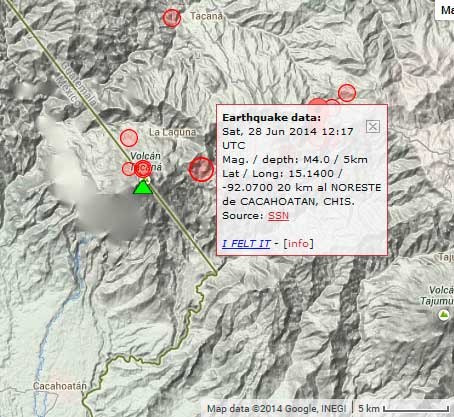 A number of shallow earthquakes has occurred recently under the volcano. The largest was a magnitude 4.0 event at 5 km depth under the eastern flank. No reports of unusual activity at the volcano are available. ... Read all

A number of shallow earthquakes has occurred recently under the volcano. The largest was a magnitude 4.0 event at 5 km depth under the eastern flank. No reports of unusual activity at the volcano are available. ... Read all
App herunterladen