Vesuvius volcano (Italy): tiny earthquakes are no reason to worry but normal 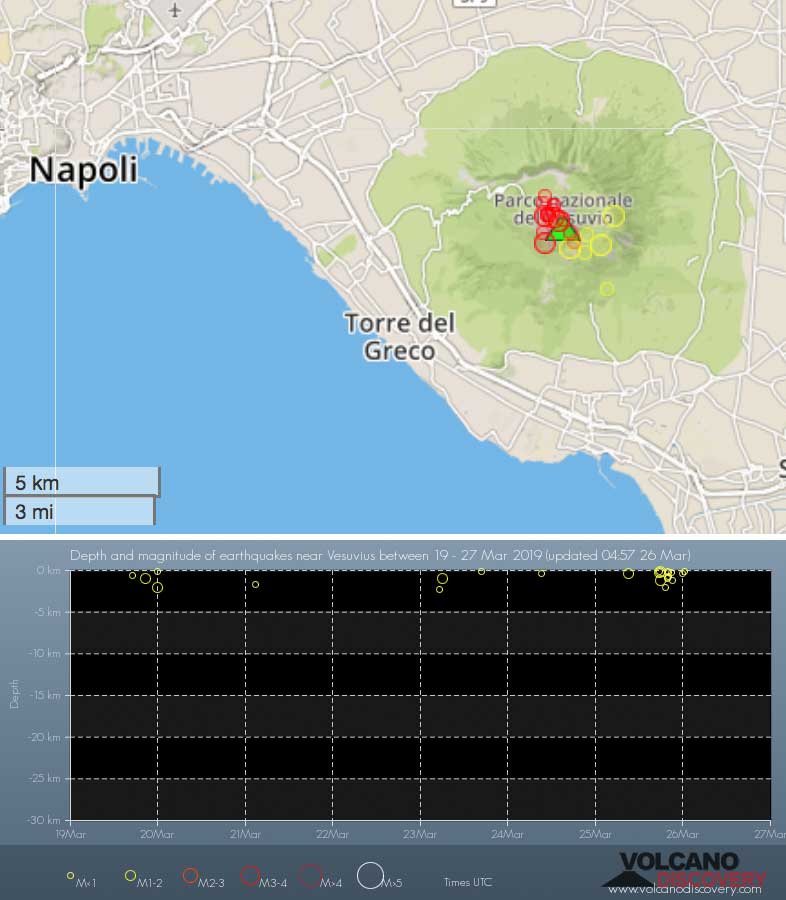 Earthquakes beneath Vesuvius during 2018
Since about Oct last year (2018), the number of registered micro-quakes under the volcano seems to have increased. Small swarms of tiny quakes have been reported more frequently in various media and can be seen on the published data of the volcano observatory.
One such small swarm can e seen ongoing at the moment, but its significance is highly questionable:

1 They do not carry a signature of magma movement at depth: All are very shallow (0-2 km typically) and extremely small, rarely exceeding magnitude 1 (and no single quake has reached magnitude 3 during more than a year!). Most of them are either caused by human activities in the vicinity of the volcano, while others are from the volcano's normal behavior in its current dormant stage: small adjustments of fluid pressure in the upper hydrothermal system or other factors near the surface, but not magma movements in the deeper reservoir.

2 The visible increase is likely also an artifact caused by improved monitoring devices - earlier, such small tremors could not have been recorded. Vesuvius is probably the most monitored volcano in the world and even the tiniest earth movement is being recorded today.

3 The Volcano Observatory which has a very close eye on the volcano emphasizes repeatedly that the volcano is currently quiet and in normal state. Interpreting these events otherwise should be considered fear-mongering without justified cause.

While it is utmost important to closely monitor a volcano such as Vesuvius, it should be stressed that these quakes are no sign of an impending eruption and are not a reason to worry in particular. Although the volcano almost certainly will erupt again in some future (which could be decades to centuries from now), there is no other sign that Vesuvius is currently becoming more restless. 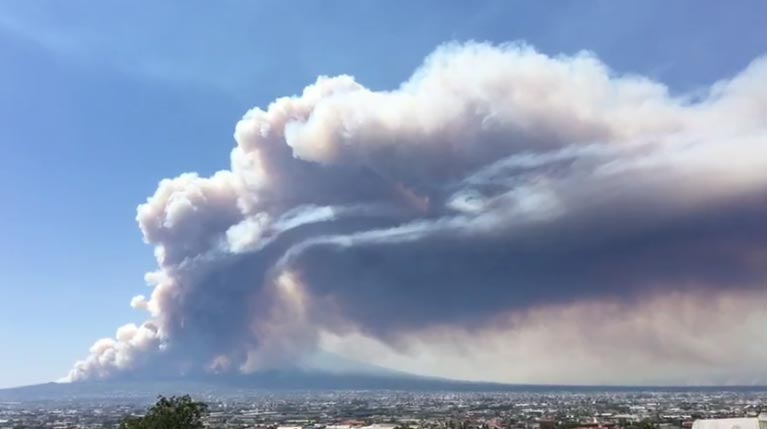 During the past days, visitors to Naples could have thought that Vesuvius volcano was in plain eruption as a huge plume of smoke and steam rose over the Bay of Naples. ... Read all
So, 23. Dez 2012, 09:41 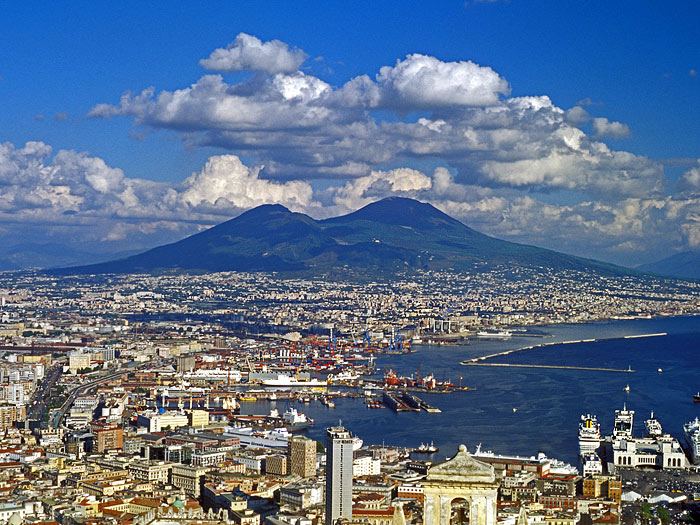 These days, Vesuvius is in the news AGAIN, with headlines such as: "Vesuvius Due for Giant Eruption -The next eruption of Europe's biggest volcano could come as early as next year and could be a doozie. ..." ... Read all
Vesuvius Vulkan
Stratovolcano 1281 m
Italien, 40.82°N / 14.43°E
Aktueller Status: normal / ruhend (1 von 5)
Vesuvius Webcams / aktuelle Daten | News/Updates | Erdbeben | Bücher | Tours | Hotels und Unterkünfte
Ausbrüche des Vesuvius:
1796 - 1822, 1824 - 1834, 1835 - 1839, 1841 - 16 February 1850, 1854 - 1855, 1855 - 1861, 1864 - 1868, 1870 - 1872, 1875 - 1906, 1913 - 4 April 1944
Typische Aktivität
Mainly explosive. I detail, Vesuvius has 4 typical types of eruptions: 1. Plinian (such as the 79 AD Pompeii eruption): extremely large explosive eruptions producing several to several tens of cubic km of magma in a very short time. 2. Sub-Plinian explosive eruptions (such as the 1631 eruption). They are similar in style, but smaller than true Plinian events. 3. Strombolian and Vulcanian eruptions (several examples during the 1631-1944 period, e.g. 1906 and 1944). Such eruptions produce local heavy tephra falls, small pyroclastic flows, as well as large fire fountains and lava flows. 4. The smallest, but most frequent type of activity observed at Vesuvius is persistent Strombolian to Hawaiian-style activity that prevailed during much of the period between 1631 and 1944. This activity is usually limited to the central crater, and sometimes to flank vents. Lava flows and lava fountains have been frequently observed during such periods of activity.
Letzte Erdbeben
Letzte Satellitenbilder

Raung volcano photos
One of the largest and most active volcanoes in East Java, rarely-visited and relatively unknown Raung became (in)famous during its recent eruption in 2015 when its frequent ash plumes forced the repeated closure of Bali's airport.
Etna Discovery

Etna trekking tour
A tour entirely dedicated to Etna, the most active volcano in Europe. Spend 6 full days on Etna and get good chances to see eruptive activity.
Vulkankalender 2016