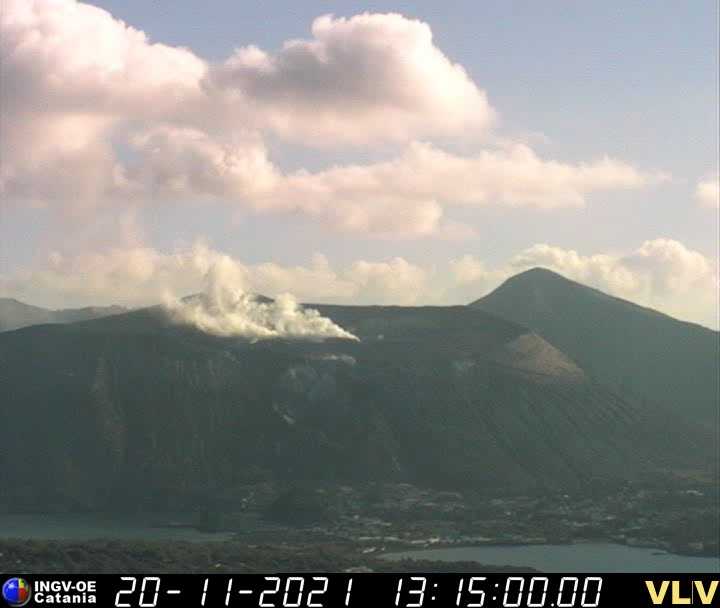 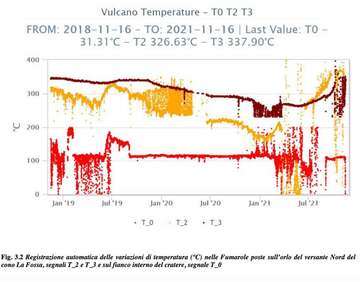 Measured temperatures at the fumaroles on the crater rim (image: INGV Catania) 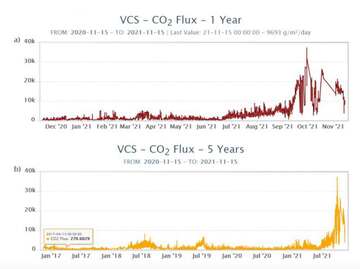 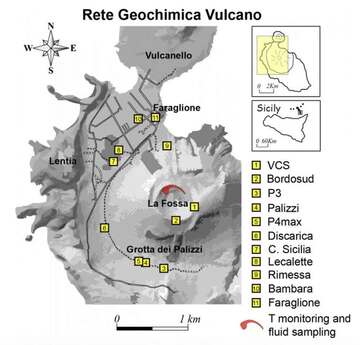 Map of stations of the geochemical monitoring network (image: INGV Catania)
The volcanic unrest on the small island has increased and the scenario of new volcanic activity is considered to be more likely now.
As a response, the Sicilian government's Civil Defense unit decided to raise the alert level of the volcano from “yellow” to “orange” and declard the state of crisis and regional emergency for the island of Vulcano, in order to activate a range of measures aimed at protecting the population potentially threatened by volcanic hazards in case of volcanic explosions or a further increase in gas emissions.
Very high gas concentrations have been detected in parts of Porto di Levante, the most popular part of the island, where its famous natural hot mud pools are located that attract many visitors. The concentrations of gasses such as hydrogen sulphur (H2S) and others have passed critical levels that staying overnight in this area is now prohibited due to dangerous gas levels. About 250 people are affected in total and are likely going to be evacuated as soon as possible.

The regional president Musumeci said that “the continued increase in toxic gas emissions recorded by the National Institute of Geophysics and Volcanology in recent days requires the adoption of urgent precautions in order to protect public and private safety, close monitoring of the volcanic phenomena, access restrictions to endangered areas, and the possible evacuation of the population from their homes.” He added that “the government is close to the community and committed to working with the mayor and all other national structures in dealing with the emergency”.

In the last few weeks the monitoring network on the island and especially on and around the active volcano has been massively expanded. Very detailed studies are published in the weekly bulletins of INGV Catania. In the latest one from November 16, most parameters (temperatures, gas emissions, ground deformation, seismic activity) had actually decreased a bit in intensity although remained very elevated. Some of them (in particular temperature readings) could have been partially falsified by the recent heavy rainfalls. However, it is also possible that the unrest has increased drastically in the 4 days since this report was published earlier this week.
---
Links / Quelle:

According to an order issued by the Municipality of Lipari that went into effect on 22 November, residents within three high-risk zones (with an exception for the Lentia village) on Vulcano were not allowed to stay overnight in their homes between the hours of 2300-0600 due to an increase in carbon dioxide emissions in area to the N of La Fossa Crater. Residents in a lower-risk zone were allowed to stay in their homes but not sleep on the first floor. In addition, non-residents were banned from visiting the island for 30 days except for essential workers. ... Read all
So, 31. Okt 2021, 12:49 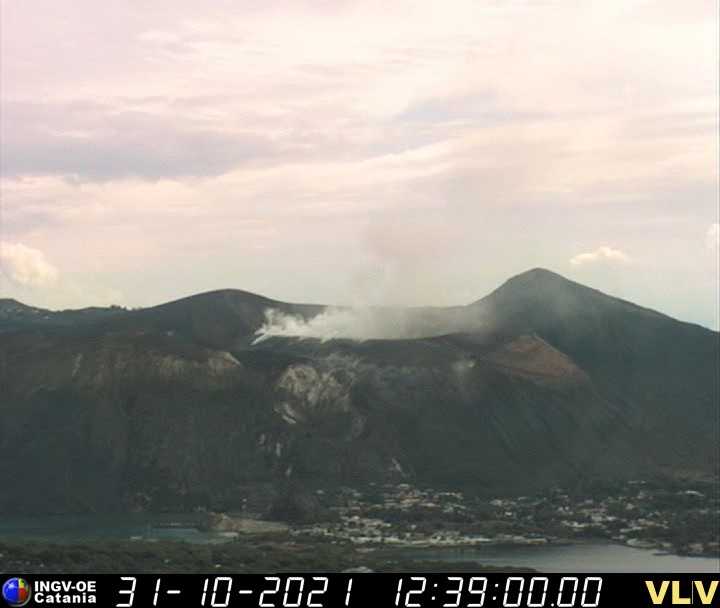 The volcanic unrest continues at the volcano. Some of the latest monitoring parameters show an increase while others have remained more or less stable, according to the volcano observatory in Catania. ... Read all
Mehr anzeigen
Fr, 22. Okt 2021, 16:53 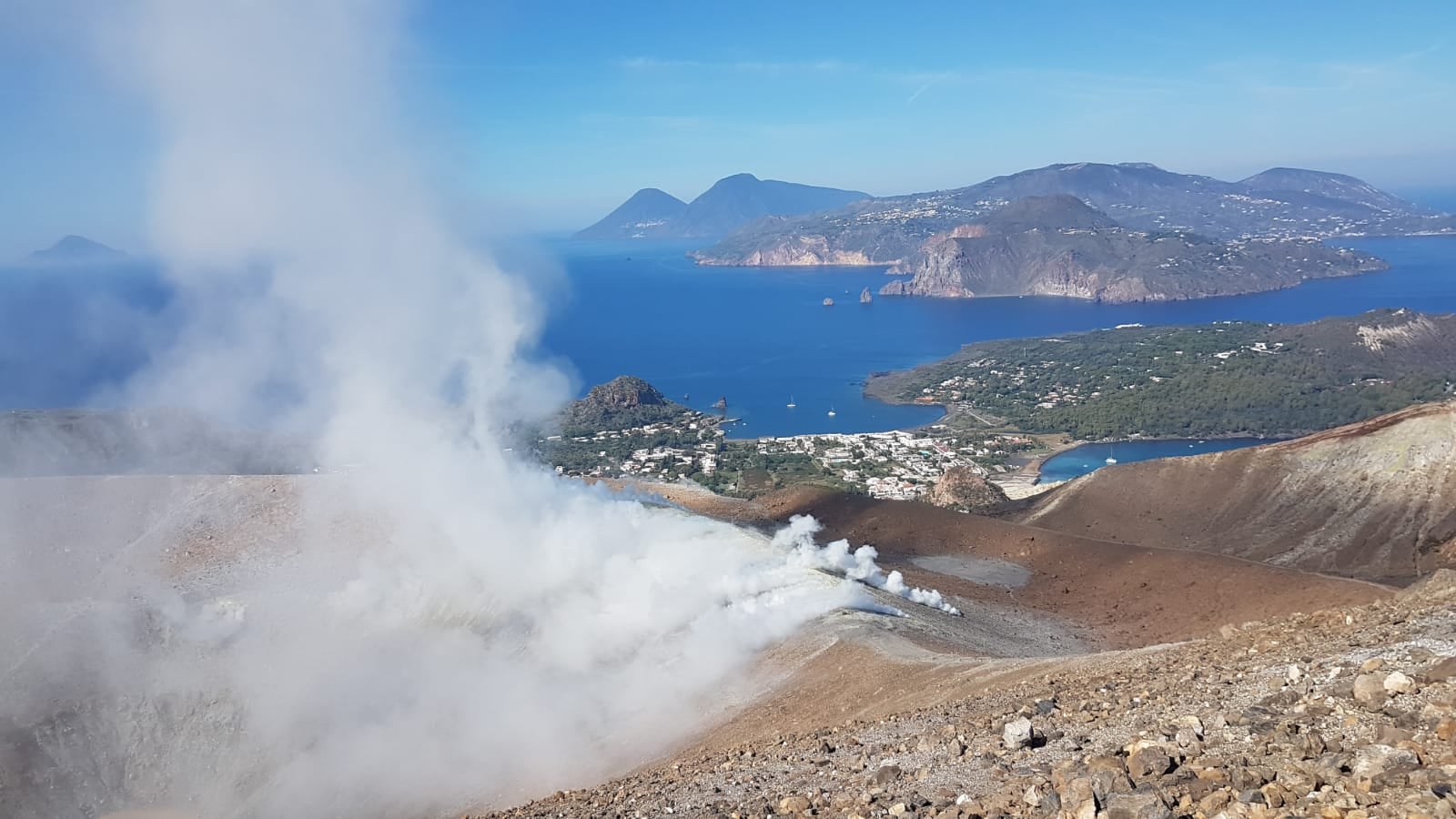 Volcanic unrest continues at the island with the Roman name of the volcano god: the Italian monitoring institute INGV has been increasing its monitoring and installed more measurement devices in order to better detect changes in parameters. Read all
Do, 14. Okt 2021, 05:20 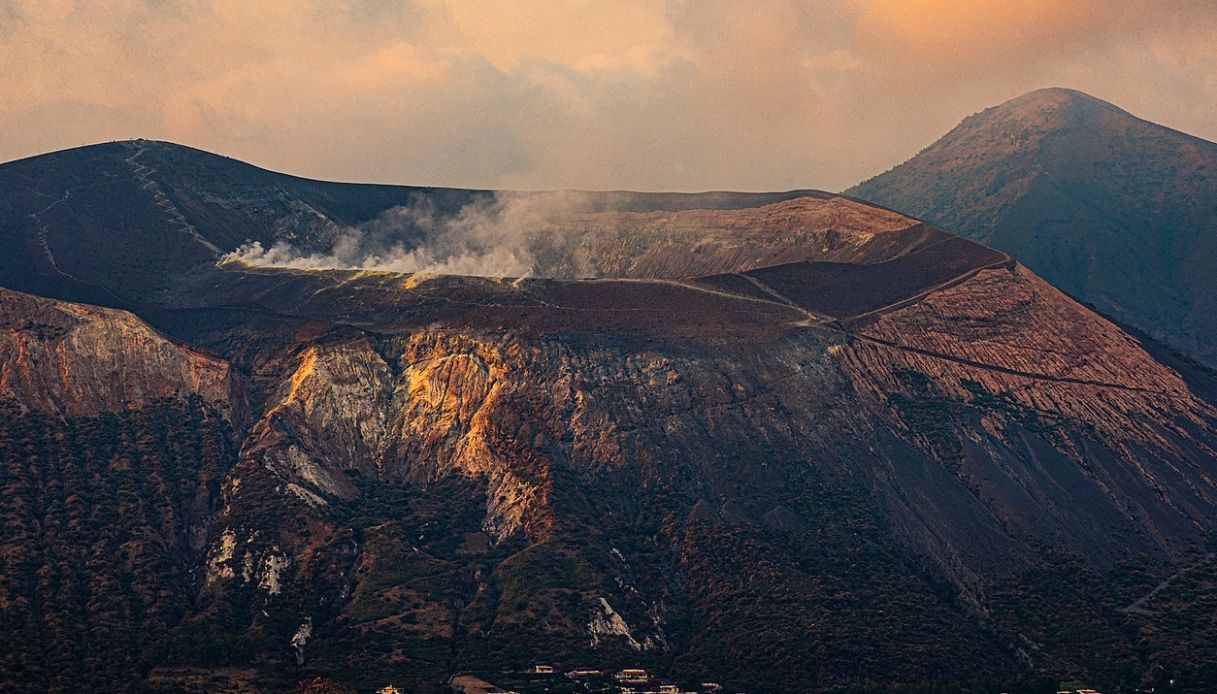 Due to elevated emissions of sulfur dioxide (SO2) from ground and finding dead animals, a small number of families has been evacuated from the village as reported volcanologist Marco Pistolesi on his twitter account. Read all
Mehr anzeigen
Mi, 13. Okt 2021, 06:00

INGV continued to monitor elevated activity at Vulcano during 12-19 October. Scientists collected temperature, water chemistry, and gas-emissions data from four fumarolic vents located inside La Fossa Crater near the rim and from one vent near the beach. According to news articles, elevated levels of carbon dioxide impacted nearby residents in Porto Levante causing a few families to leave their homes on 13 October. ... Read all
Sa, 2. Okt 2021, 05:18 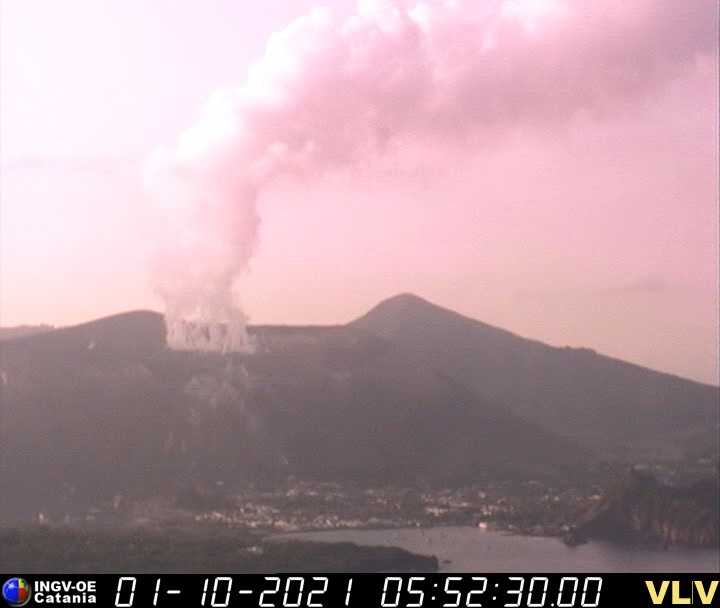 INGV reported that hydrothermal activity at Vulcano increased in July, and notably more in September. Specifically, temperatures of the fumaroles on the crater rim and on the inner flank had increased along with the amounts of carbon dioxide and sulfur dioxide in the emissions. The highest temperature of 340 degrees Celsius was along the rim. ... Read all
Di, 8. Jul 2014, 06:50 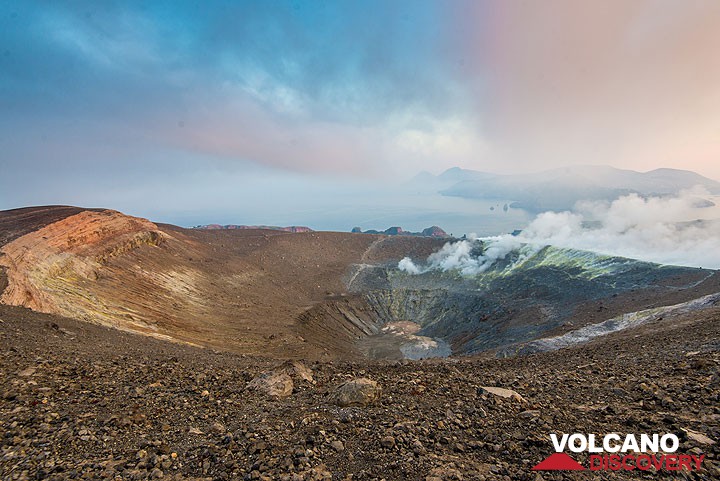 Colima volcano photos
This beautiful stratovolcano in western Mexico is one of the most active volcanoes on the American continents. It is known for its often spectacular explosions and sometimes glowing avalanches.
Starke Erdbeben