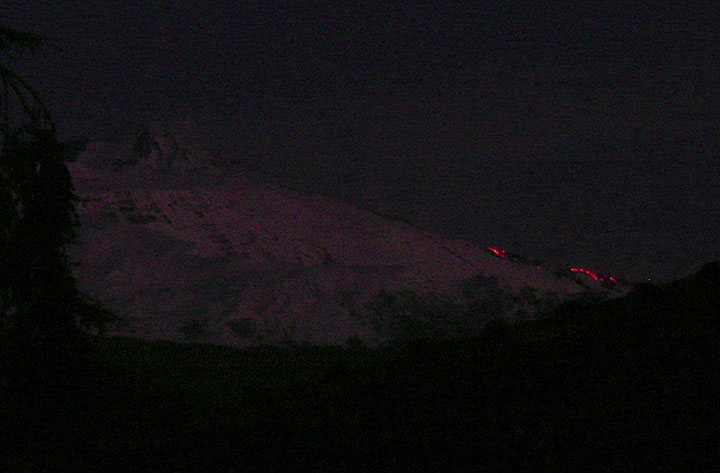 Photo taken around 06 h local time (GMT+1) on 1 January 2008, from Boris' home in Trecastagni on the southeast side of Etna.
The eruption of Mount Etna in Sicily, initiated on 13 May 2008, is continuing into the new year and is thus "The 2008-2009 eruption" of this volcano. Lava continues to issue quietly from the lower end of an eruptive fissure on the upper east flank, feeding several short incandescent lobes. The activity is going on like this since many months, and shows no signs of ending soon. --- Read all
[Karte vergrößern]
App herunterladen

Volcano Calendar 2014
Our second calendar with 13 high-quality volcano images, for the year 2013!
Krakatau to Bali

Tour photos May 2016
A selection of photos taken during our Java photo tour by Uwe Ehlers.
Geo-Touren