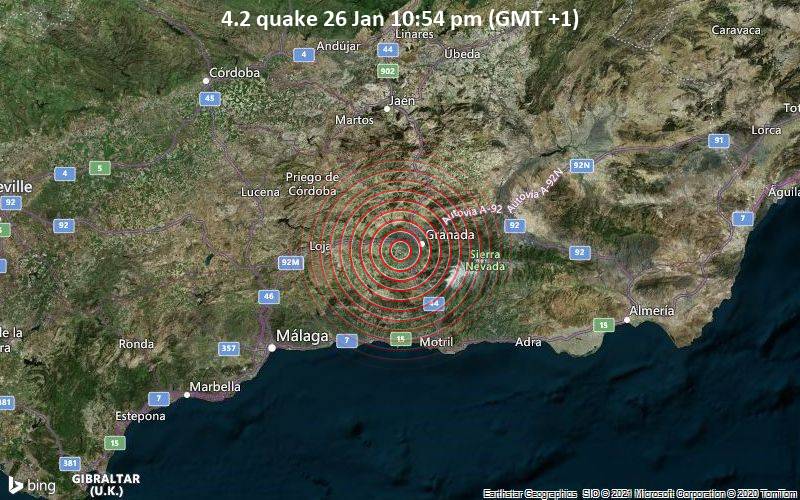 4.2 quake 26 Jan 10:54 pm (GMT +1)
IGN reported a magnitude 4.2 quake in Spain near Granada, Andalusia, only 11 minutes ago. The earthquake hit late at night on Tuesday 26 January 2021 at 10:54 pm local time at a very shallow depth of 5 km. The exact magnitude, epicenter, and depth of the quake might be revised within the next few hours or minutes as seismologists review data and refine their calculations, or as other agencies issue their report.
Our monitoring service identified a second report from the European-Mediterranean Seismological Centre (EMSC) which listed the quake at magnitude 4.0. A third agency, the German Research Centre for Geosciences (GFZ), reported the same quake at magnitude 4.2.
Based on the preliminary seismic data, the quake was probably felt by many people in the area of the epicenter. It should not have caused significant damage, other than objects falling from shelves, broken windows, etc. 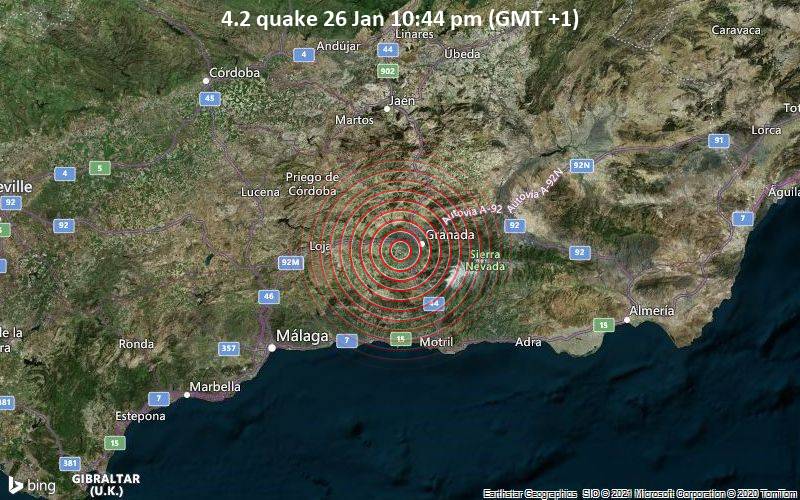 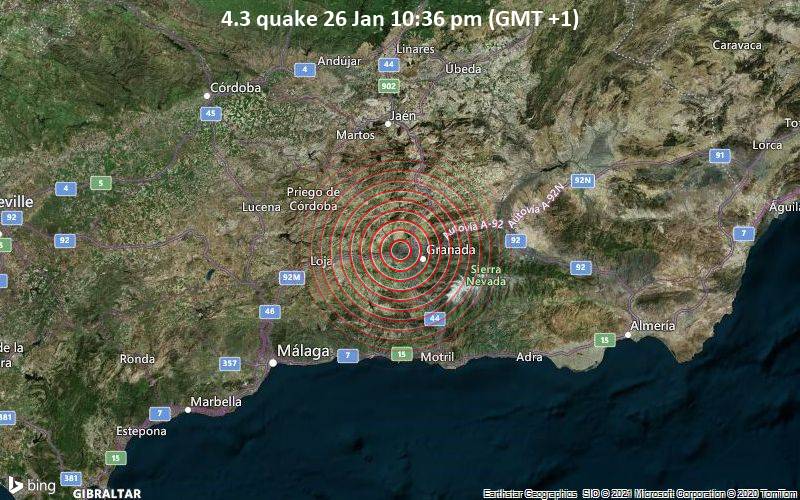 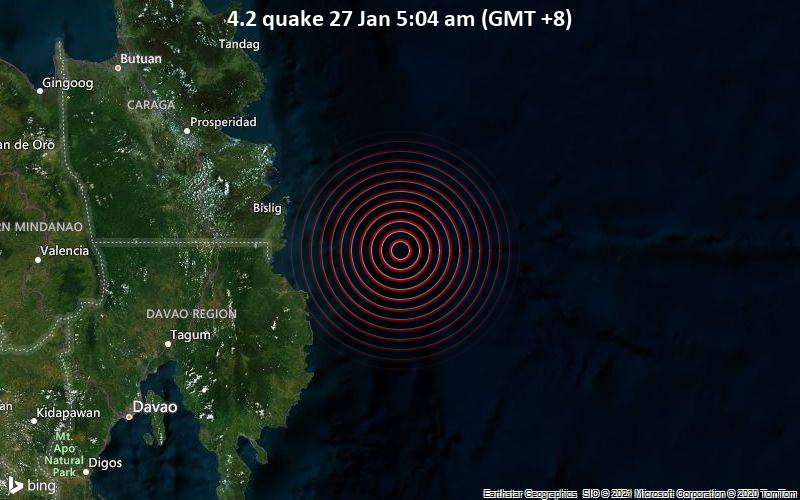 A magnitude 4.2 earthquake near Bislig, Surigao del Sur, Caraga, Philippines, was reported only 26 minutes ago by the Philippine Institute of Volcanology and Seismology (PHIVOLCS), considered the main national agency that monitors seismic activity in this part of the world. The earthquake occurred at a shallow depth of 16 km beneath the epicenter early morning on Wednesday 27 January 2021 at 5:04 am local time. The exact magnitude, epicenter, and depth of the quake might be revised within the next few hours or minutes as seismologists review data and refine their calculations, or as other agencies issue their report. ... Read all
Tue, 26 Jan 2021, 17:49 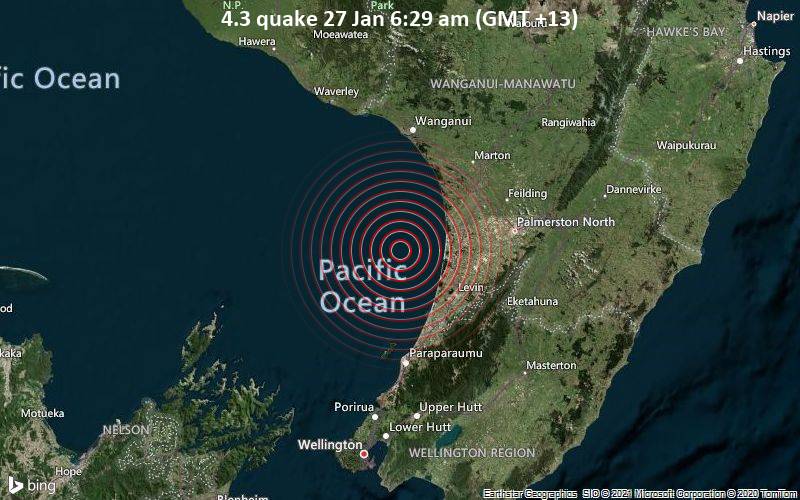 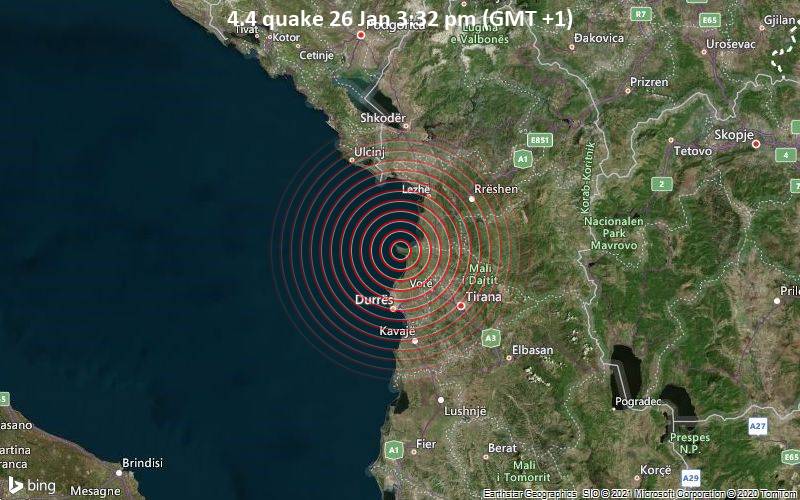 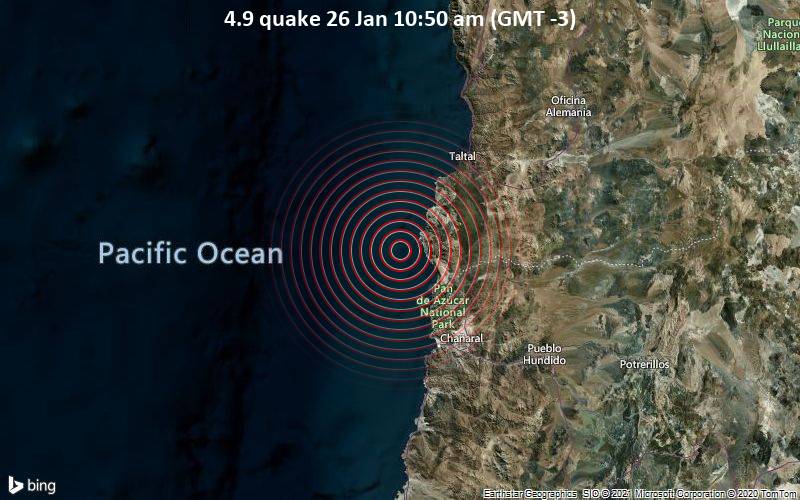 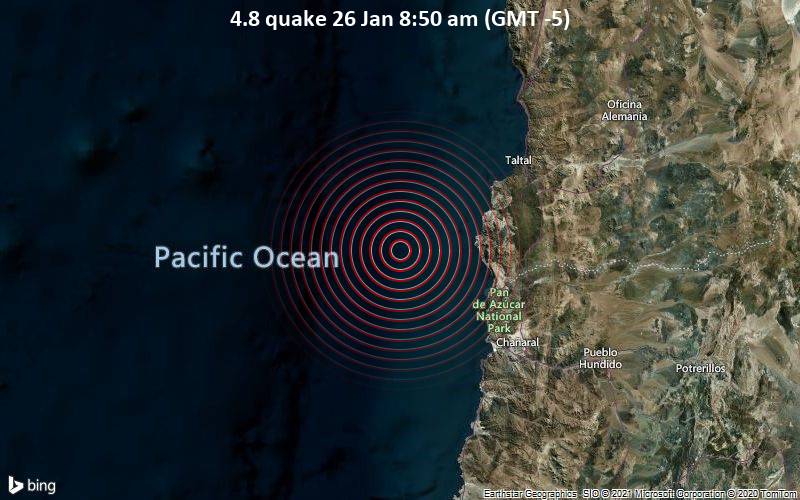 A shallow magnitude 4.8 earthquake was reported in the morning near Taltal, Provincia de Antofagasta, Antofagasta, Chile. ... Read all
Tue, 26 Jan 2021, 11:37 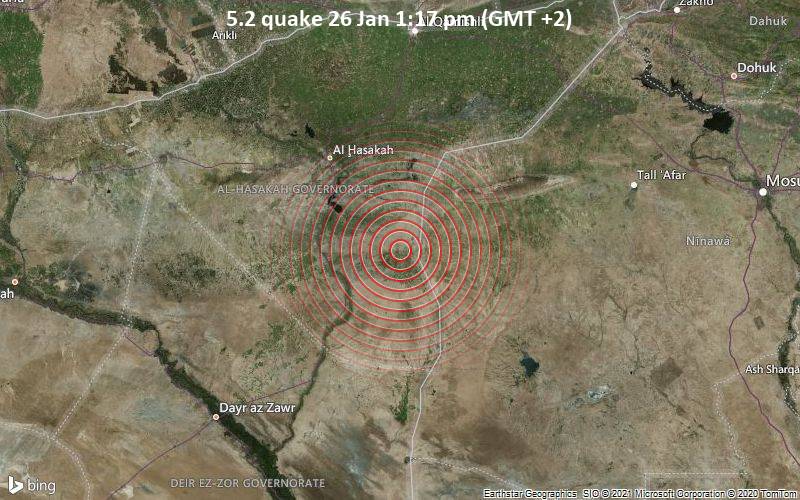 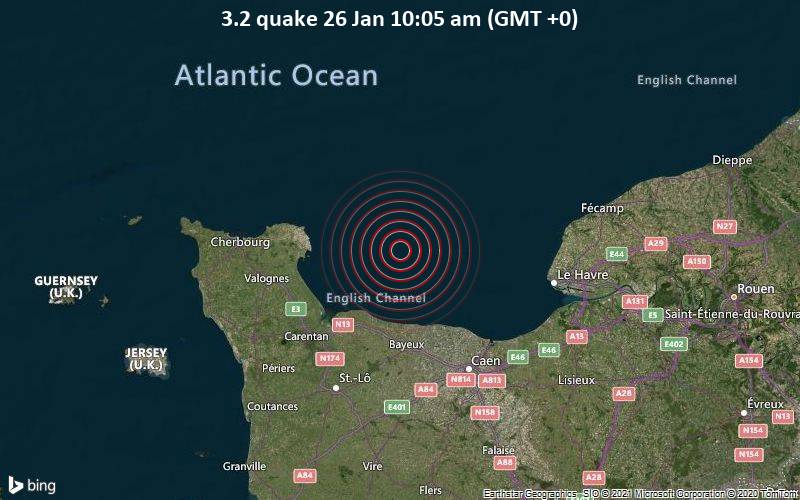 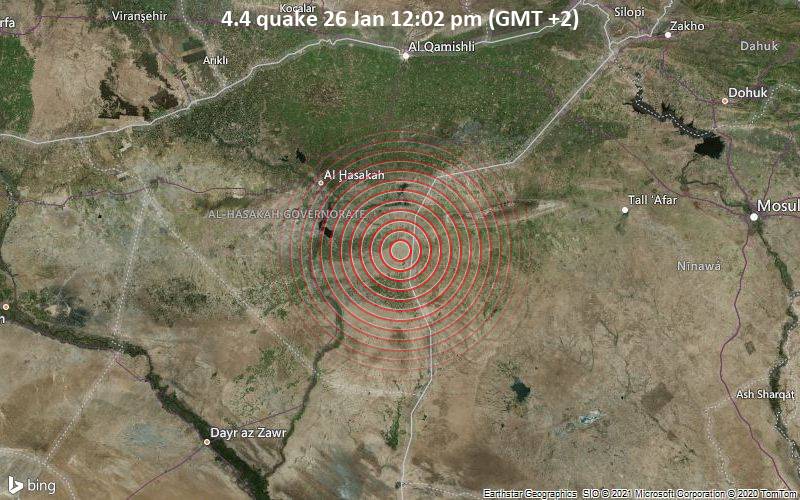 Just 19 minutes ago, a 4.4-magnitude earthquake struck near Al Ḩasakah, Al-Hasakah, Syria. The tremor was recorded around noon on Tuesday 26 January 2021 at 12:02 pm local time, at a very shallow depth of 7 km below the surface. ... Read all
Monthly reports
Try our free app!