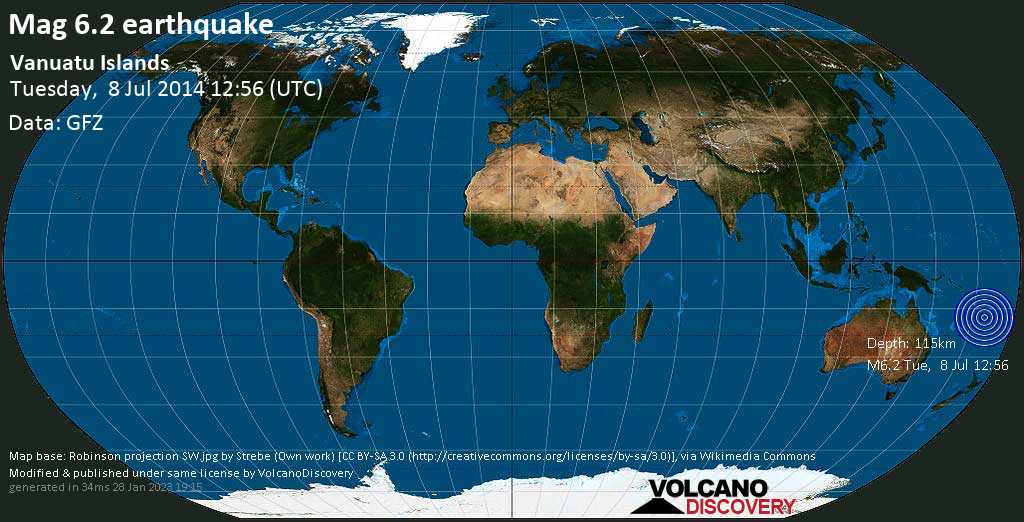 User reports estimate the perceived ground shaking intensity according to the MMI (Modified Mercalli Intensity) scale.
Contribute:
Leave a comment if you find a particular report interesting or want to add to it.
Flag as inappropriate.
Mark as helpful or interesting.
Send your own user report!
breakas resort vanuatu / Light shaking (MMI IV) : woken by rumble then slight shake felt. building structure moved but no noticeable damage. Concern for possible Tsunami?
port vila harbor / Light shaking (MMI IV)
Port Villa / Moderate shaking (MMI V) : It woke me up shook three story building for a while
port vila / Moderate shaking (MMI V) : nice one really was strong shaking for a extended period, however did not culminate with the usual whip at the end that causes the most damage here in previous earthquakes. am guessing the depth played a factor in nullifiying that and made for a more pleasant then usual experience
noumea / Very weak shaking (MMI II)
Luganville (Vanuatu, 271 km NW of epicenter) : Gentle slow swaying. A noise occurred first, like a rushing sound. (reported through EMSC)
Noumea (New Caledonia, 554 km S of epicenter) : Très léger, durant très peu de temps (10s max) (reported through EMSC)
Try our free app!