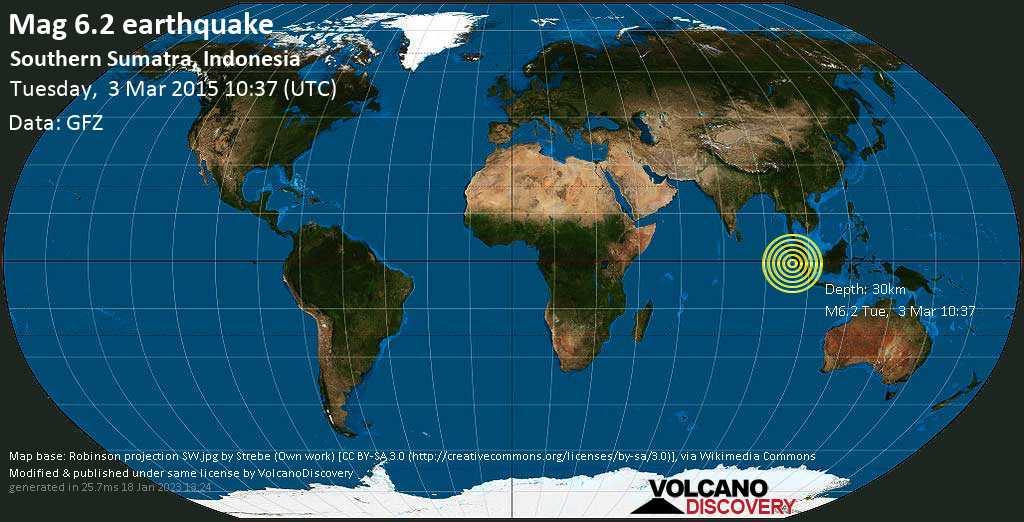 User reports estimate the perceived ground shaking intensity according to the MMI (Modified Mercalli Intensity) scale.
Contribute:
Leave a comment if you find a particular report interesting or want to add to it.
Flag as inappropriate.
Mark as helpful or interesting.
Send your own user report!
5000A marine parade road S449284 / Light shaking (MMI IV)
Singapore / Very weak shaking (MMI II) : Tremors felt in Bishan, Singapore. Ceiling fans are swaying a bit.
sorake beach nias island / Light shaking (MMI IV) : Standing in a traditional south nias house and heard some creaking of the wood and the rolling motion of a earthquake lasted for a long few secounds
(Indonesia, 1692 km E of epicenter) : Started with slight movement increasing in strength and the faded away lasting quite a few seconds (reported through EMSC)
(Indonesia, 1281 km SE of epicenter) : fairly strong earthquake vibrations in the region padang. (reported through EMSC)
Padang City (Indonesia, 184 km E of epicenter) : fairly strong earthquake vibrations in the region padang City... (reported through EMSC)
Look up aftershocks or earlier quakes
Try our free app!