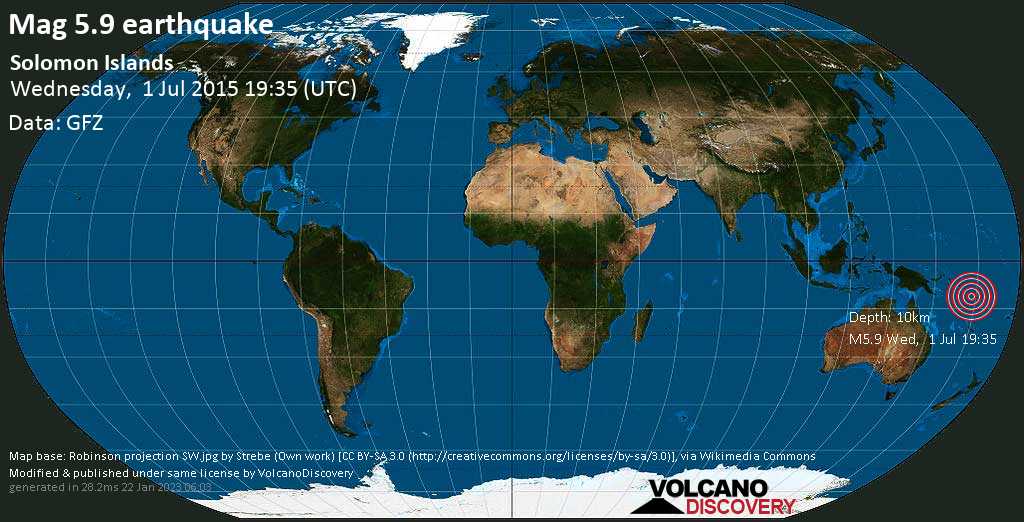 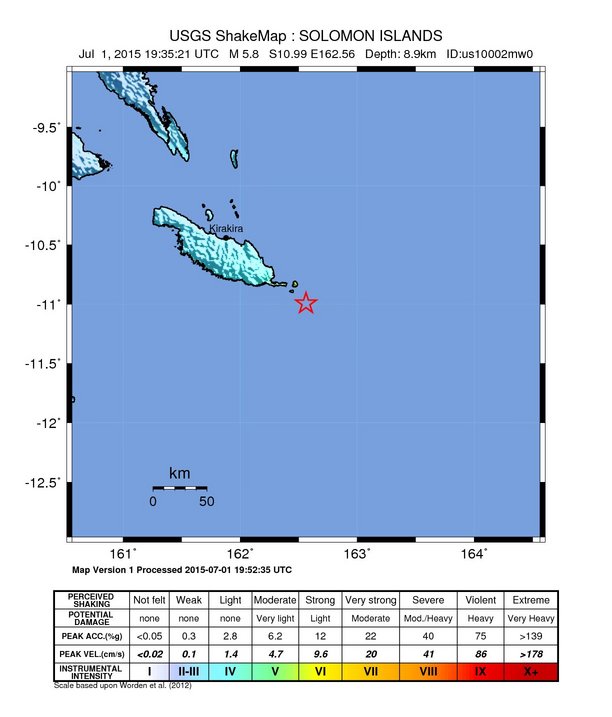 User reports estimate the perceived ground shaking intensity according to the MMI (Modified Mercalli Intensity) scale.
Contribute:
Leave a comment if you find a particular report interesting or want to add to it.
Flag as inappropriate.
Mark as helpful or interesting.
Send your own user report!
Honiara (Solomon Islands, 332 km NW of epicenter) : I felt the earthquake at 0634 local. We are bite far from the centre so it shook a little. (reported through EMSC)
Try our free app!

Ambrym+Yasur volcanoes in Vanuatu : An adventurous expedition to some of the most spectacular and active volcanoes in the world! Our volcano expedition to Vanuatu lets you spend 1 week on Ambrym with its multiple active lava lakes and 4 days on Yasur, famous for its spectacular fireworks. Guided by professional volcanologist, small groups (May-Sep).
Volcano Photography

Foto tour Santorini April 2017: A selection of images taken during our photo tour on Santorini. We offer customized small-group photography tours and workshops on the beautiful island of Santorini.
Erta Ale + Dallol