Tectonic summary of the magnitude 8.2 earthquake in the Gulf of Alaska on 29 July 2021 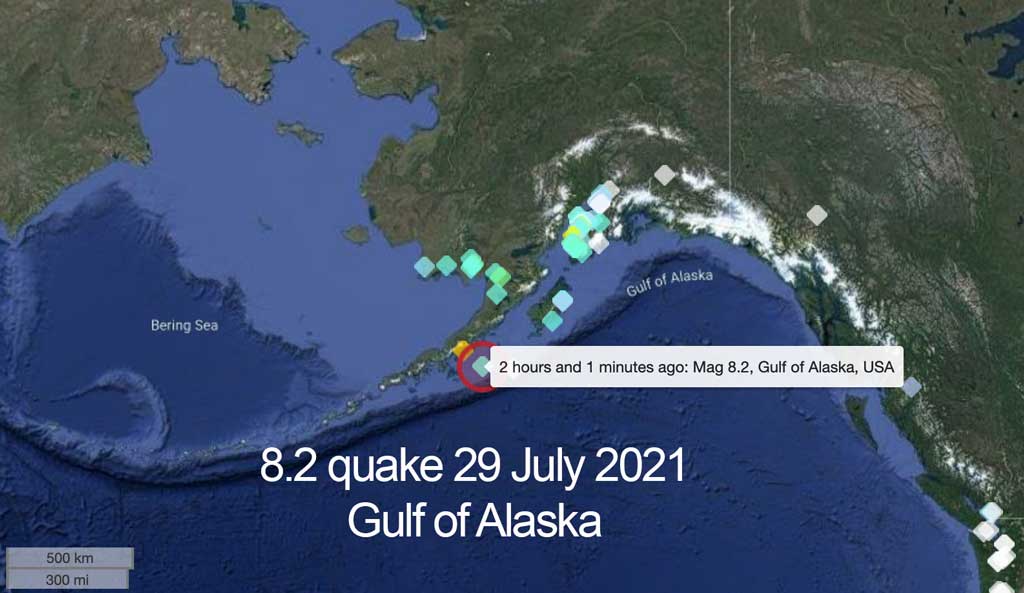 Locations of the quake and people who felt it 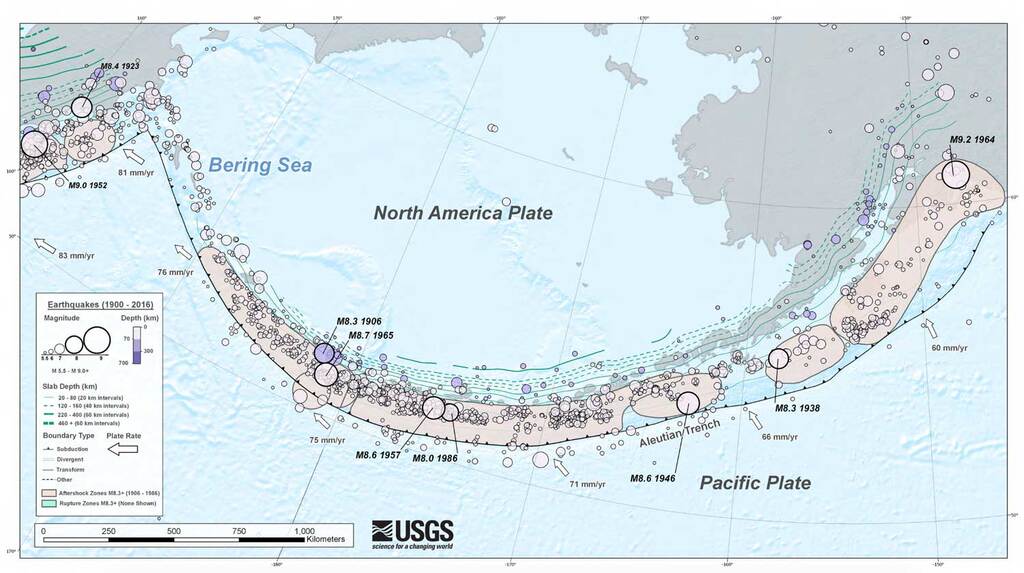 Tectonic situation of the Aleutian Trench and significant past quakes (USGS)
The July 29, 2021, (July 28, 2021 local time) M8.2 earthquake southeast of Perryville, Alaska (south of the Alaska Peninsula), occurred as the result of thrust faulting on or near the subduction zone interface between the Pacific and North America plates. The preliminary focal mechanism solution indicates rupture occurred on a fault dipping either shallowly to the northwest, or steeply to the southeast. The location, mechanism and depth – and the large size of the event – are all consistent with slip occurring on the subduction zone interface between the two plates. At the location of this event, the Pacific plate converges with North America to the northwest at a rate of about 64 mm/yr, subducting at the Alaska-Aleutians trench ~125 km to the southeast of the earthquake.

While commonly plotted as points on maps, earthquakes of this size are more appropriately described as slip over a larger fault area. Reverse faulting events of the size of the July 29 earthquake are typically about 200x80 km in size (length x width).

The Alaska-Aleutian Trench also hosted the second largest earthquake recorded by modern seismic instrumentation, the M9.2 March 27 1964 earthquake, which ruptured to within about 250 km of this event, at the eastern end of the 1938 rupture area. The 1938 event produced a small tsunami that was recorded both locally and in Hilo, Hawaii. The remote location of the earthquake resulted in little impact to people and infrastructure.