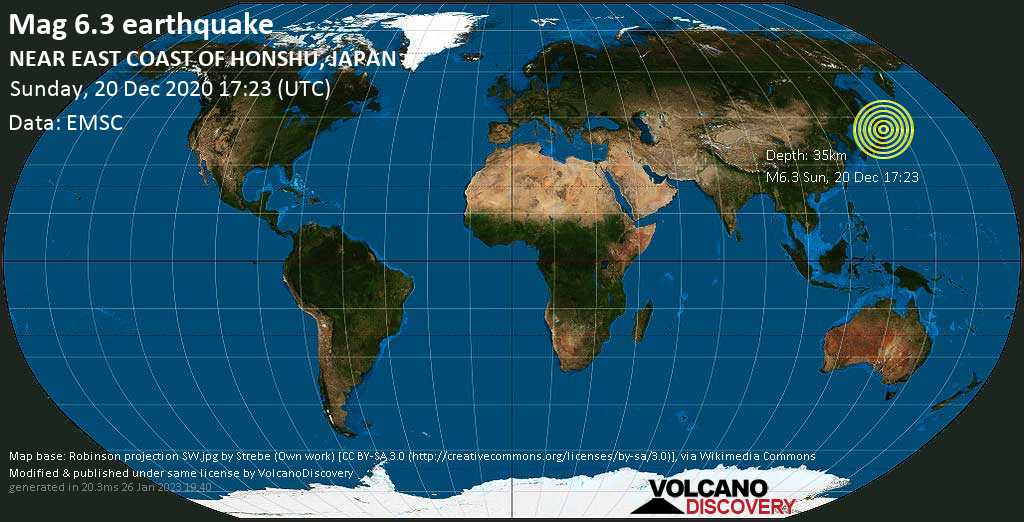 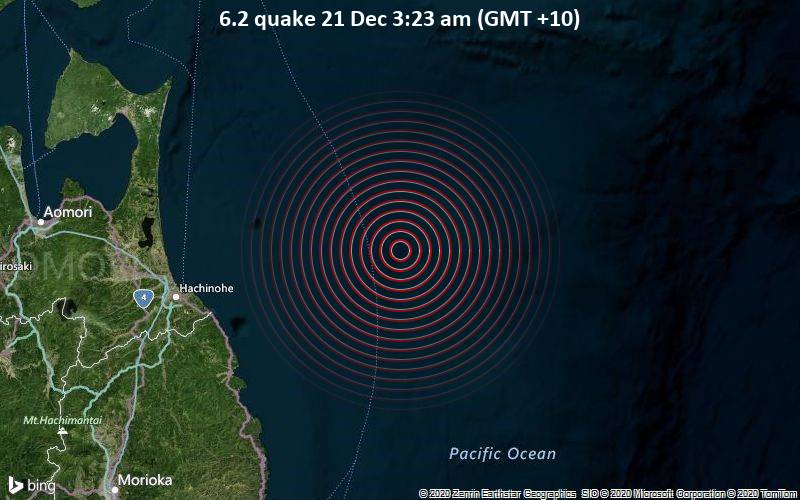 6.2 quake 21 Dec 3:23 am (GMT +10)
An earthquake of magnitude 6.2 occurred only 13 minutes ago 106 km northeast of Hachinohe, Japan, the European-Mediterranean Seismological Centre (EMSC) reported.
The quake hit at a moderately shallow depth of 40 km beneath the epicenter near Hachinohe, Hachinohe Shi, Aomori, Japan, early morning on Monday 21 December 2020 at 3:23 am local time. The exact magnitude, epicenter, and depth of the quake might be revised within the next few hours or minutes as seismologists review data and refine their calculations, or as other agencies issue their report.
Our monitoring service identified a second report from Indonesia's Meteorology, Climatology, and Geophysical Agency (BMKG) which listed the quake at magnitude 6.5. Other agencies reporting the same quake include NIED at magnitude 6.6, and German Research Centre for Geosciences (GFZ) at magnitude 6.3.
Based on the preliminary seismic data, the quake was probably felt by many people in the area of the epicenter. It should not have caused significant damage, other than objects falling from shelves, broken windows, etc.
In Hachinohe (pop. 239,000) located 106 km from the epicenter, Misawa (pop. 42,800) 112 km away, Ichinohe (pop. 15,800) 133 km away, Miyako (pop. 51,700) 136 km away, and Mutsu (pop. 49,200) 142 km away, the quake should have been felt as light shaking.
VolcanoDiscovery will automatically update magnitude and depth if these change and follow up if other significant news about the quake become available. If you’re in the area, please send us your experience through our reporting mechanism, either online or via our mobile app. This will help us provide more first-hand updates to anyone around the globe who wants to know more about this quake.
Download the Volcanoes & Earthquakes app to get one of the fastest seismic alerts online:
Android | IOS

Weather at epicenter at time of quake:
Light Snow

0.1°C (32 F), humidity: 90%, wind: 13 m/s (25 kts) from WNW
Primary data source: EMSC (European-Mediterranean Seismological Centre)
Estimated released energy: 1.8 x 1014 joules (49.4 gigawatt hours, equivalent to 42502 tons of TNT or 2.7 atomic bombs!) More info
[show map]
Show interactive Map
[smaller] [bigger]
If you felt this quake (or if you were near the epicenter), please share your experience and submit a short "I felt it" report! Other users would love to hear about it!
Also if you did NOT feel the quake although you were in the area, please report it! Your contribution is valuable also to earthquake science and earthquake hazard analysis and mitigation efforts. You can use your device location or the map to indicate where you were during the earthquake. Thank you!

User reports estimate the perceived ground shaking intensity according to the MMI (Modified Mercalli Intensity) scale.
Contribute:
Leave a comment if you find a particular report interesting or want to add to it.
Flag as inappropriate.
Mark as helpful or interesting.
Send your own user report!
Hachinohe (101.4 km WSW of epicenter) [Map] / Very strong shaking (MMI VII) / complex motion difficult to describe / 10-15 s : I was watching on demand television during my visit to my step fathers house for Christmas. The earthquake was expected because it was tiny rattling before a huge shake happened. I was able to catch about 5 seconds of the earthquake.
Misawa (108.3 km WSW of epicenter) [Map] / Strong shaking (MMI VI) / both vertical and horizontal swinging / 10-15 s : It was my first earthquake so it was very shocking. Nothing broke but many things fell. 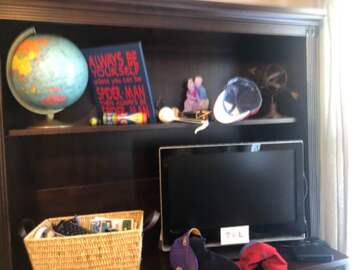