Does Australia have earthquakes? 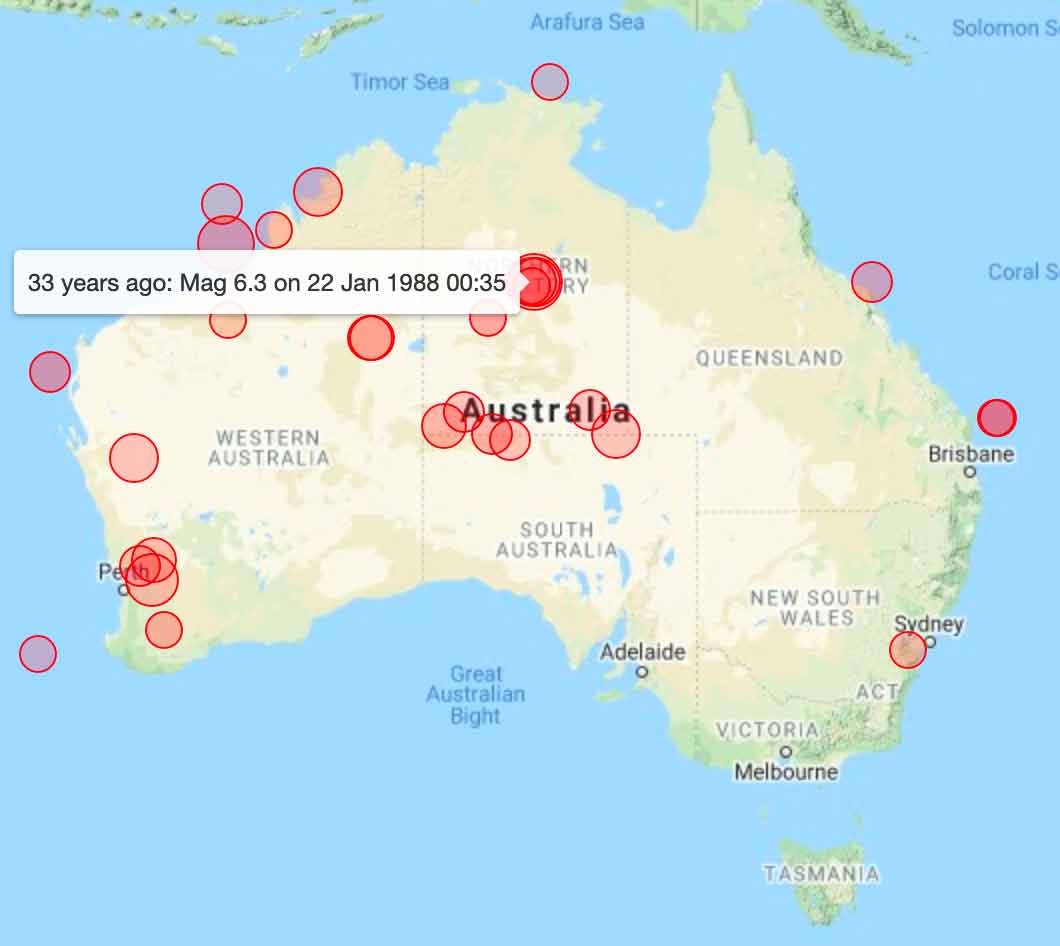 Where do earthquakes occur in Australia?
However, Australia does have many smaller and occasionally larger quakes as well: they are the result of stress that slowly accumulates in the brittle uppermost layer of the earth, the crust, where slowly accumulated stress causes the rocks to break every now and then. In Australia, this is the to 15-20 km thick surface layer.
Almost all earthquakes in Australia are caused by horizontal compression, resulting in reverse or thrust faults. The result of compression in the crust is uplift, creating the areas with elevated topography. Therefore, earthquakes in Australia are most common in areas such as the Eastern Highlands or Flinders Ranges, and less so in flat low-lying basins.

How often do quakes occur in Australia?
Statistically, a few usually not felt quakes of magnitudes below 3 occur each day, but about once per century, an earthquake of magnitude up to 7 can be expected as well.
In eastern Australia, earthquakes occur to depths of about 20 km. Less than 5 km are regarded as shallow, while those at depths greater than 15 km are deep.
The largest quake in Australia during the past 100 years was a magnitude 6.7 event in the Northern Territory on 22 Jan 1988.