Updated: Jan 20, 2023 21:20 GMT - refresh
In order to find out whether worldwide earthquake activity has been increasing or decreasing or at which level it is now compared to the past, check out our Global Seismic Activity Level charts below. Feel free to embed the graphics on your own website if you like!
For detailed stats on the level of activity now compared to earlier, check the Quake-O-Meter! 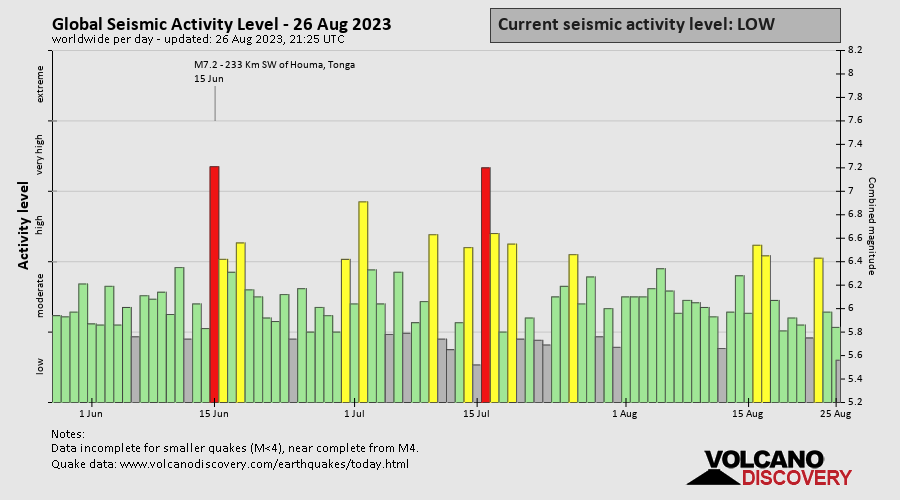