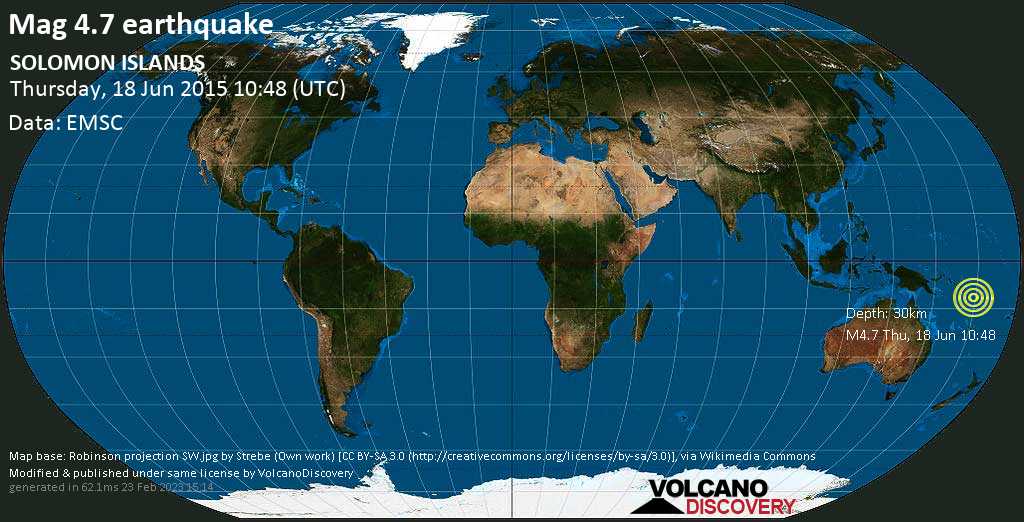 Ubinas activity updates: The most frequently active volcano in Peru entered a new eruptive phase in 2014. Updates and news are regularly posted on this page.
Plate Tectonics

Introduction to Plate Tectonics: The Earth's upper, rigid layer is broken into several plates which are in constant motion to one another. Most earthquakes and volcanoes occur as result of these plate boundaries.
Top 20 quakes

Largest 20 earthquakes past 24 hrs: Our continuously updated worldwide map and list of the most recent largest earthquakes in the world during the past 24 hours.
You can also find top 20 lists for given past days / months / years from the archive.
Kilauea