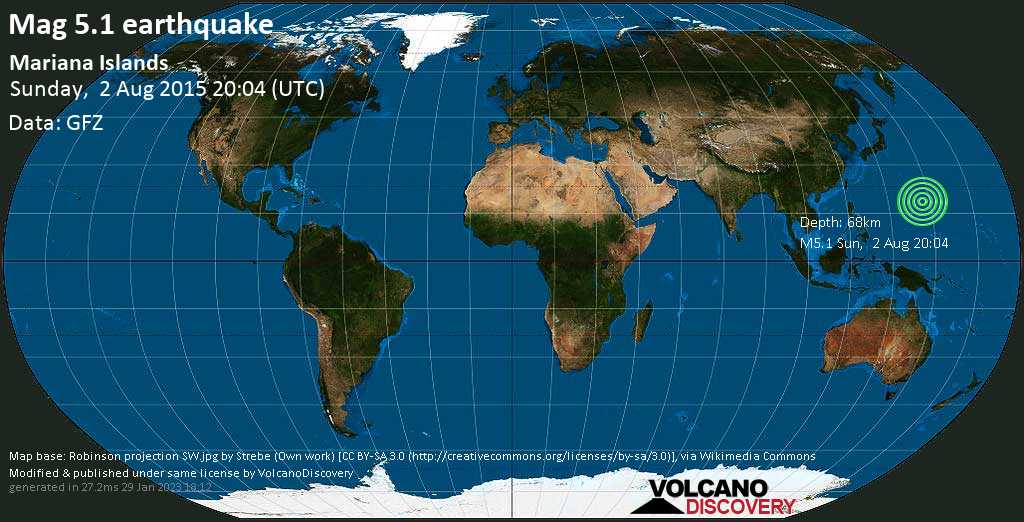 User reports estimate the perceived ground shaking intensity according to the MMI (Modified Mercalli Intensity) scale.
Contribute:
Leave a comment if you find a particular report interesting or want to add to it.
Flag as inappropriate.
Mark as helpful or interesting.
Send your own user report!
Barrigada (573.8 km SSW of epicenter) [Map] / Moderate shaking (MMI V) : There was a big jolt. Like a shock wave from an explosion. Did not move left to right. Like how traditional earthquakes feel. Was just one jolt everything in house shook. Vibrated for few seconds. Daughter was awakened by jolt.
Try our free app!

Latest quakes in Greece: Greece has a lot of earthquake activity, but most of them occur around the margin of the Aegean microplate. The Cycladic islands are located in its center and therefore seismically comparably quiet.
Short tours

1-3 day excursions: If you're interested in volcanoes, there are a number of excursions you should not miss if you're in the area: hike to the craters of Stromboli volcano, climb Etna volcano, get to know the unique volcanic history of Santorini - some examples of shorter (1-3 days) tours and excursions we offer.
World Volcano Tour

Round-the-world volcano tour: Have you ever dreamt of travelling around the world? VolcanoDiscovery makes this dream come true.
Krakatau