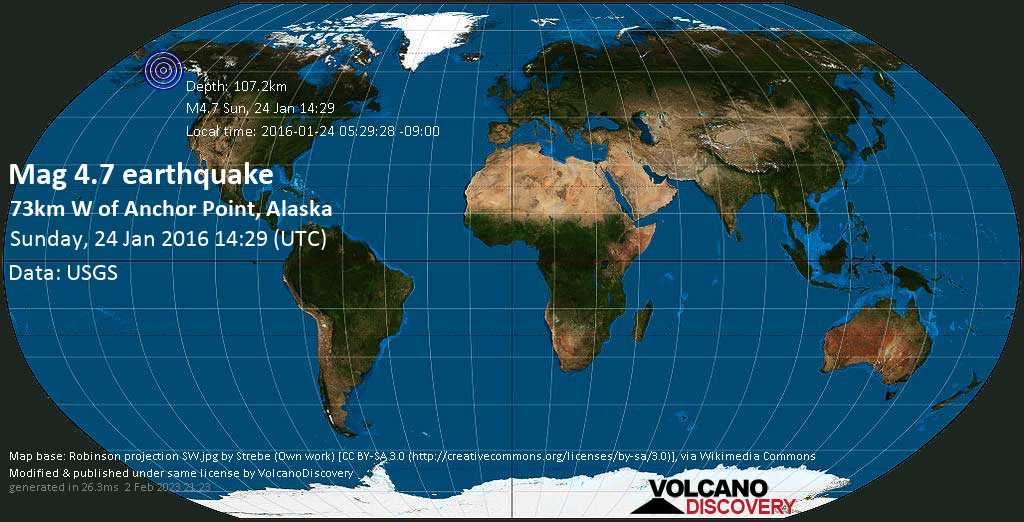 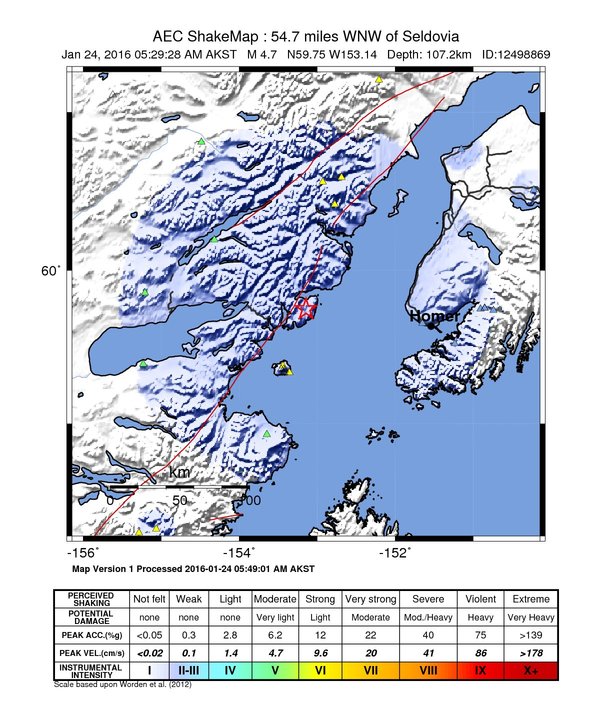 (shakemap: USGS)
Most recent quakes Top 20 quakes past 24 hrs Quakes in the US Alaska and Aleutian Islands

User reports estimate the perceived ground shaking intensity according to the MMI (Modified Mercalli Intensity) scale.
Contribute:
Leave a comment if you find a particular report interesting or want to add to it.
Flag as inappropriate.
Mark as helpful or interesting.
Send your own user report!
Anchorage Alaska / Strong shaking (MMI VI) : At first it sounded like someone was pounding from below then it started getting louder and then everything was shaking. Pictures and mirrors on the walls started to fall off. It felt like it was never going to stop and was getting worse. I was scared we were going to be trapped in the hotel if the ground started to crack, it was really intense and frightening just imaging if it was going to get any worse. Thankfully it didn't.
Anchorage / Strong shaking (MMI VI) : I awoke around 1:20 am to the house shaking. The shakinging became so strong I went downstairs to grab my jacket and go outside. My roommate followed me as the chandelier swung and pictures fell off their shelves. After the quake stopped I heard from friends that the hotels and bars downtown had been evacuated. The Kenai peninsula has a gas leak because of the earthquake this morning and people are being evacuated to national guard armories. Earthquake.alaska.edu is reporting the earthquake
Palmer (296.6 km NE of epicenter) [Map] / Moderate shaking (MMI V) : Woke us up at 0130 Sunday morning
Try our free app!