This quake was likely an aftershock of the 7.7 quake Solomon Islands 8 December 17:38 UTC, which had occurred 1 day 3 hours earlier. 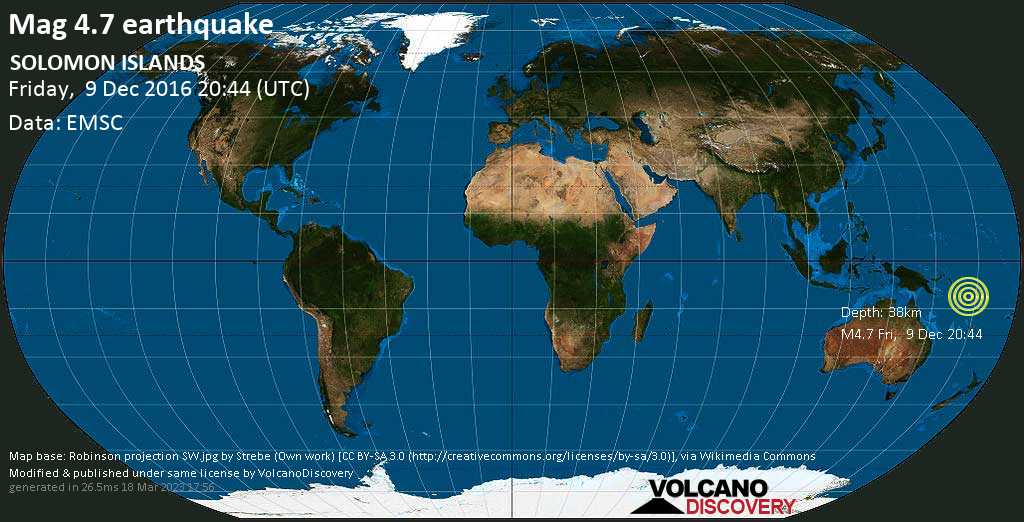 Definition of a volcano: A volcano is the term for any place on the surface of the earth, where hot molten rock (magma) reaches the surface.
Latest Quakes