This quake was likely an aftershock of the 7.7 quake Solomon Islands 8 December 17:38 UTC, which had occurred 1 day 5 hours earlier. 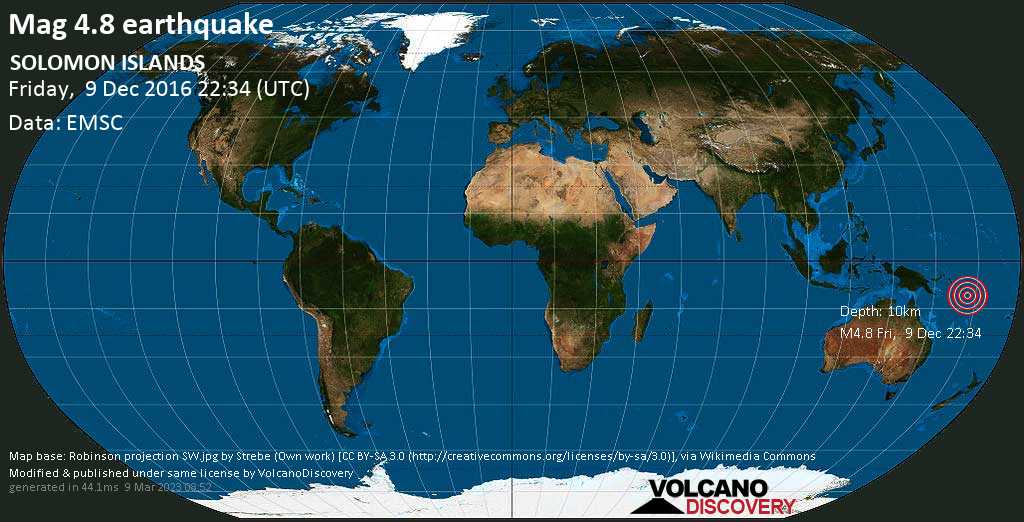 Igneous or magmatic rocks: The most primitive rock type forms when magma (molten rock) solidifies - either inside the earth (plutonic rocks) or during volcanic eruptions (volcanic rocks). A short overview.
Bromo

Bromo volcano photos: Bromo is one of Indonesia's most visited volcanoes. It is the most active vent inside the huge Tengger caldera and erupts every few years.
Volcano News

Volcano News group: Join our group on facebook: post reports, updates, or other interesting facts about volcanism and volcanic activity worldwide and discuss with other members.
Vanuatu 20 Sep - 5 Oct 2020