This quake was likely an aftershock of the 7.7 quake Solomon Islands 8 December 17:38 UTC, which had occurred 1 day 14 hours earlier. 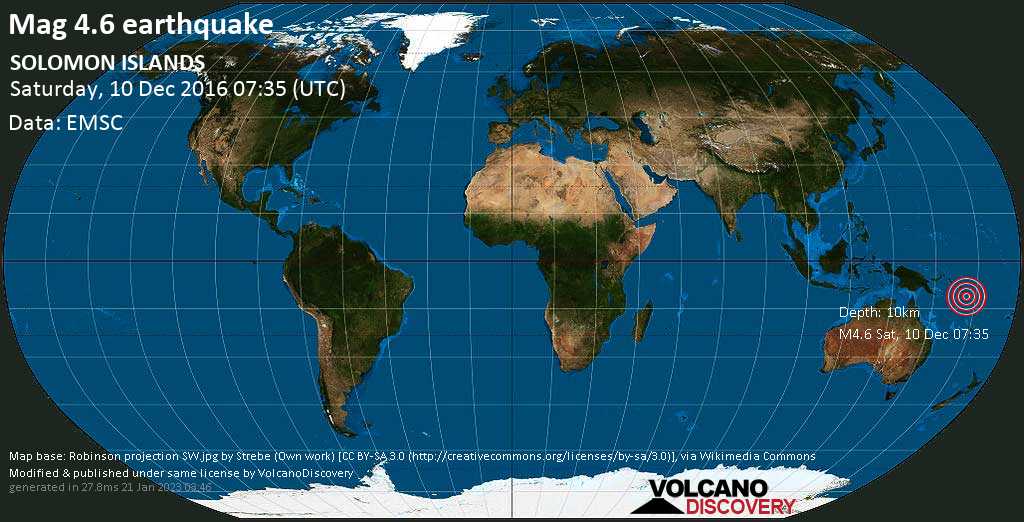 Etna volcano photos: Etna - Europe's largest and most active volcano is a universe in itself. Browse through our collection spanning almost 20 years of eruptions and more.
Armenia

Photos from Armenia: Armenia is a very photogenic country with a large variety of landscapes showing some very spectacular geology, century-old monasteries and castles, and much more.
Subduction zones

Convergent plate boundaries and subduction zones: As an oceanic plates collides with another plate, it is subducted and generates volcanism on the overlying plate.
Volcanoes & Earthquakes