This quake was likely an aftershock of the 7.7 quake Solomon Islands 8 December 17:38 UTC, which had occurred 8 days earlier. 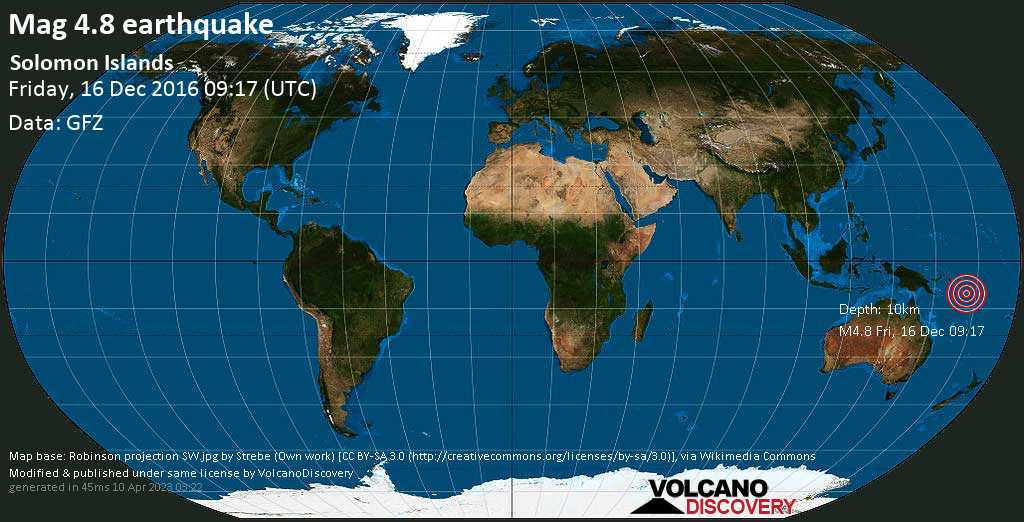 Stromboli volcano photos: The lighthouse of the Thyrrhenian Sea - thanks to its typical, regular explosions that coined the term "strombolian activity", Stromboli is one of the most famous and photogenic volcanoes in the world.
Ibu