This quake was likely an aftershock of the 5.2 quake Turkey 6 February 10:58 UTC, which had occurred 1 day 11 hours earlier. 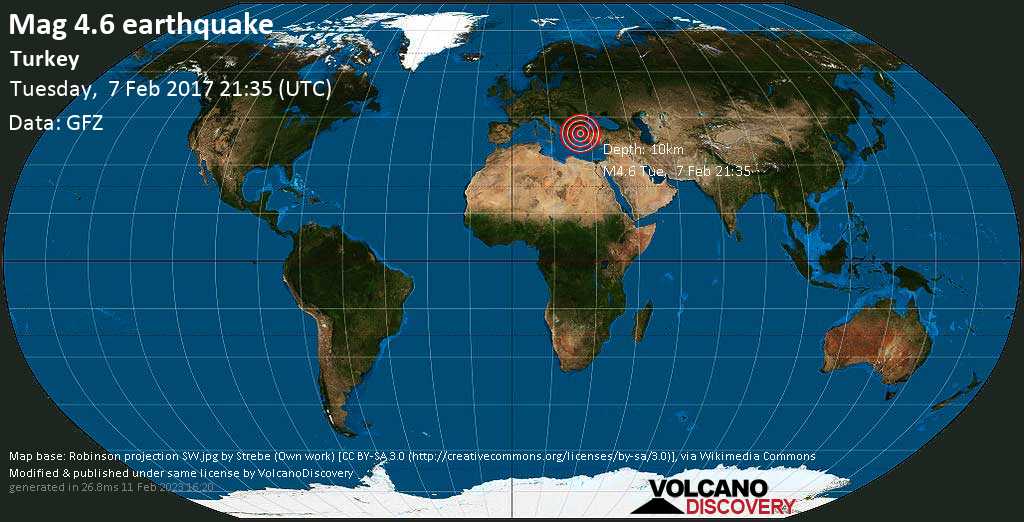 See all earthquakes that happened in the last 24 hours
Seismographs