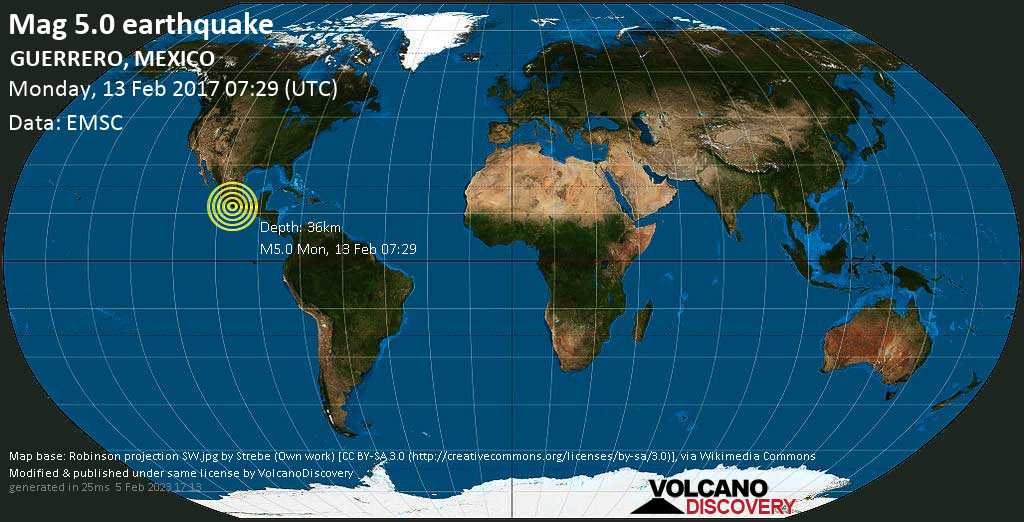 User reports estimate the perceived ground shaking intensity according to the MMI (Modified Mercalli Intensity) scale.
Contribute:
Leave a comment if you find a particular report interesting or want to add to it.
Flag as inappropriate.
Mark as helpful or interesting.
Send your own user report!
Acapulco / Weak shaking (MMI III)
Rohrenfels (22.9 km SW of epicenter) [Map] / Light shaking (MMI IV)
276.7 km N of epicenter [Map] / Very weak shaking (MMI II) (reported through our app)
Acapulco (Mexico, 72 km SW of epicenter) : I was sleeping in bed, had woke up, rolled over then felt the bed sway for about 4-5 seconds then felt and heard a mild clunk/bang. The clunk mildly rattled a couple glasses in the cupboard. This was at approximately 1:35am., dark in the room so I was not able to observe what was occurring. (reported through EMSC)
Try our free app!