This quake was likely an aftershock of the 7.7 quake Solomon Islands 8 December 17:38 UTC, which had occurred 10 weeks earlier. 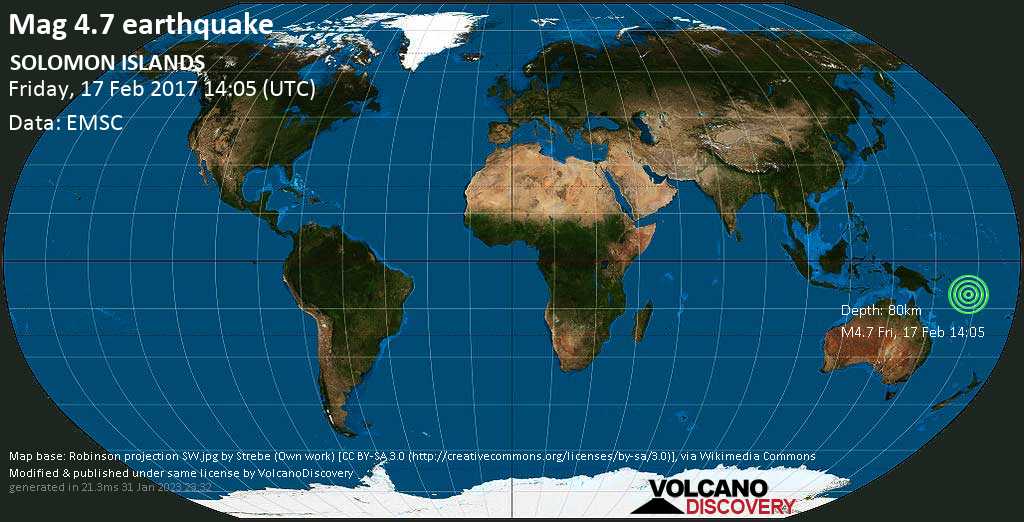 Vote for your favorite or submit photos
Volcano Tour