This quake was likely an aftershock of the 6.4 quake NEAR THE COAST OF WESTERN TURKEY 12 June 12:28 UTC, which had occurred 7 minutes earlier. 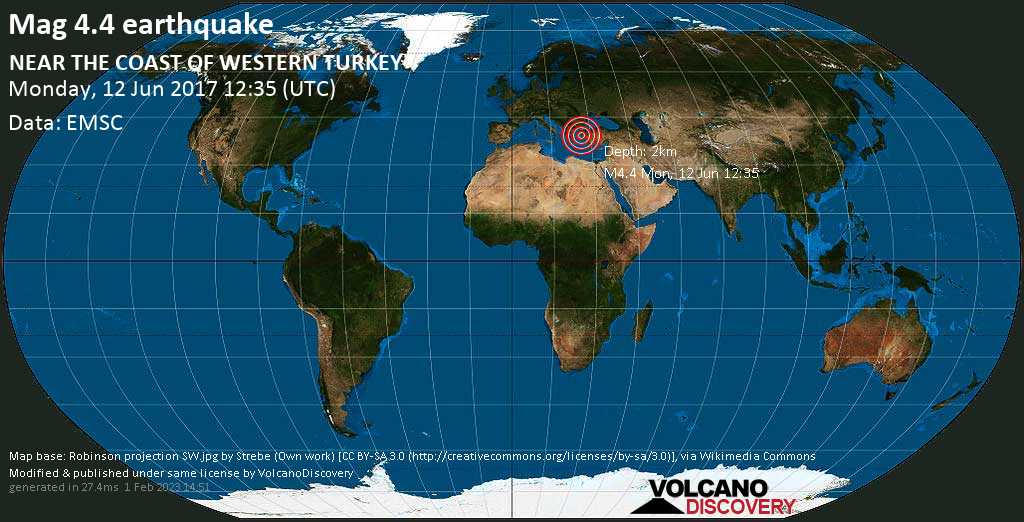 Ijen volcano photos: Ijen volcano in East Java is famous for its turquoise acid crater lake and the large sulfur deposits that are being mined by local workers. At night, the scene is illuminated by ghostly blue flames, as sulfur ignites.
Volcano Tours

Divergent plate boundaries on continents: Learn about the process of breaking up continents along continental rift zones.
Erta Ale + Dallol