This quake was likely an aftershock of the 6.4 quake NEAR THE COAST OF WESTERN TURKEY 12 June 12:28 UTC, which had occurred 42 minutes earlier. 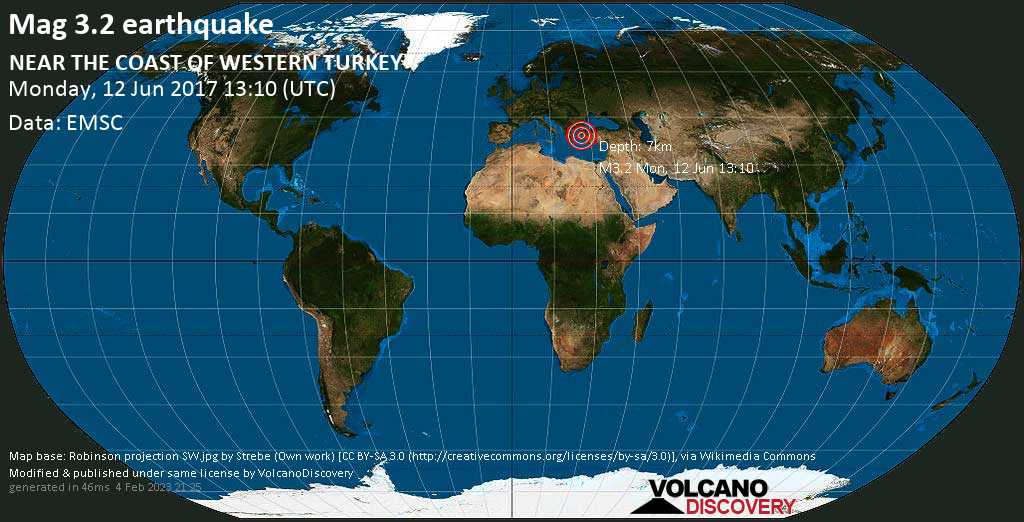 User reports estimate the perceived ground shaking intensity according to the MMI (Modified Mercalli Intensity) scale.
Contribute:
Leave a comment if you find a particular report interesting or want to add to it.
Flag as inappropriate.
Mark as helpful or interesting.
Send your own user report!
Türkay yakin / Strong shaking (MMI VI) : It was a very strong. .
Try our free app!

Raung volcano photos: One of the largest and most active volcanoes in East Java, rarely-visited and relatively unknown Raung became (in)famous during its recent eruption in 2015 when its frequent ash plumes forced the repeated closure of Bali's airport.
Kamchatka volcanoes

Vanuatu Volcano Tours: One of the most exciting volcano travel destinations in the world! On our adventurous expeditions, you will get close to active lava lakes on Ambrym Island and the spectacular fireworks of Yasur volcano on Tanna Island.
Armenia
4-14 Oct 2020