This quake was likely an aftershock of the 6.4 quake NEAR THE COAST OF WESTERN TURKEY 12 June 12:28 UTC, which had occurred 1 hour and 14 minutes earlier. 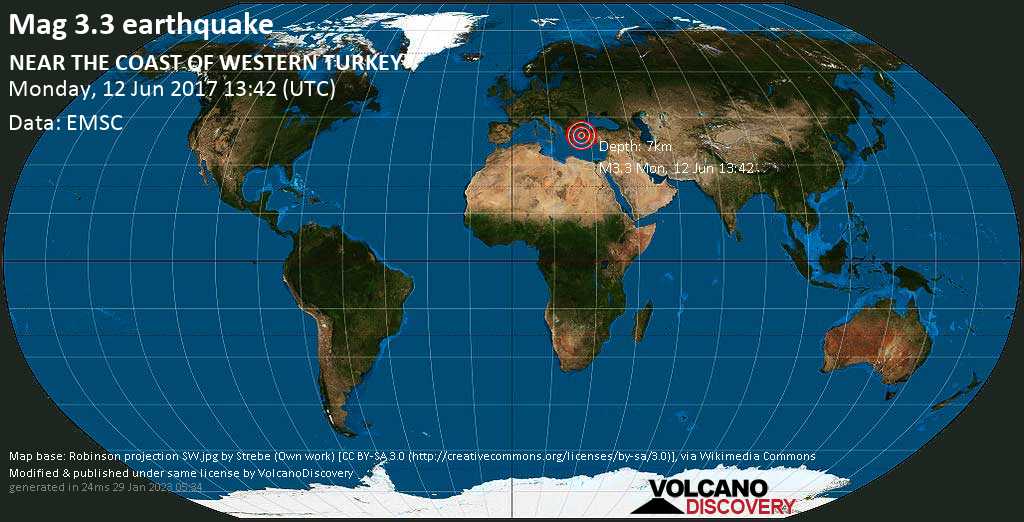 Current activity of Bardarbunga volcano, Iceland: An intense seismic crisis started at Bárdarbunga volcano on 16 August 2014 and is continuing at the time of writing (23 Aug). It may or may not lead to a volcanic eruption, possibly under the Vatnajökull ice cap.
Follow updates as news come in!
Popo Special
15-20 April

Popocatépetl Volcano Special: The activity of Mexico's most active and largest volcano has been picking up gradually during the past months. If you like to join a small group of volcano enthusiasts, join us, stay 5 nights near the volcano and move around for extended day- and night-time observation.
Volcano Calendar 2013

Volcano Calendar 2013: Our first printed volcano calendar, featuring a paroxysm of Etna, a vulcanian explosion of Krakatau, and much more!
Kamchatka