This quake was likely an aftershock of the 6.4 quake NEAR THE COAST OF WESTERN TURKEY 12 June 12:28 UTC, which had occurred 1 hour and 51 minutes earlier. 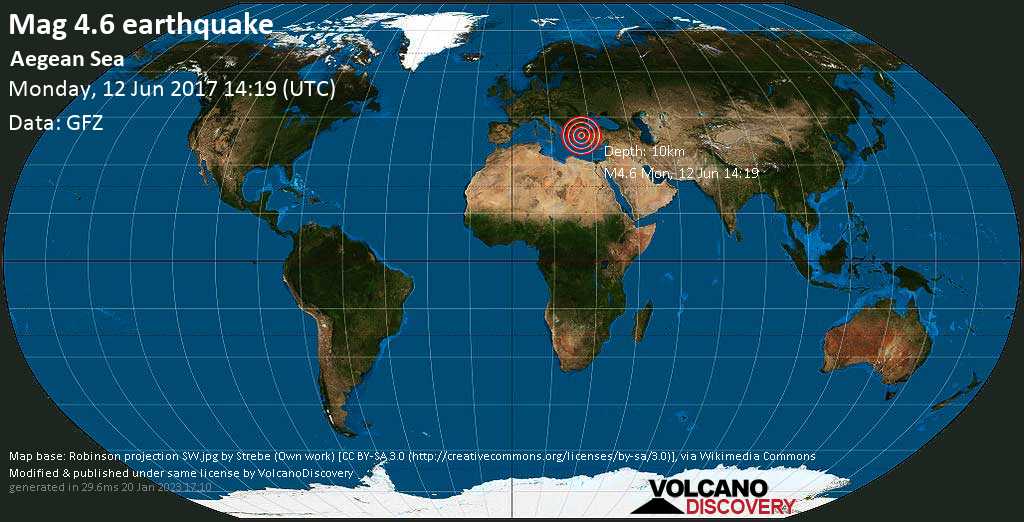 User reports estimate the perceived ground shaking intensity according to the MMI (Modified Mercalli Intensity) scale.
Contribute:
Leave a comment if you find a particular report interesting or want to add to it.
Flag as inappropriate.
Mark as helpful or interesting.
Send your own user report!
344.2 km NNW of epicenter [Map] / not felt (reported through our app)
Yalova, Turkey (317.6 km NE of epicenter) [Map] / Weak shaking (MMI III)
(Greece, 51 km NW of epicenter) : A little quiver for few seconds (reported through EMSC)
Try our free app!