This quake was likely an aftershock of the 6.9 quake Mexico-Guatemala Border Region 14 June 07:29 UTC, which had occurred 24 minutes earlier. 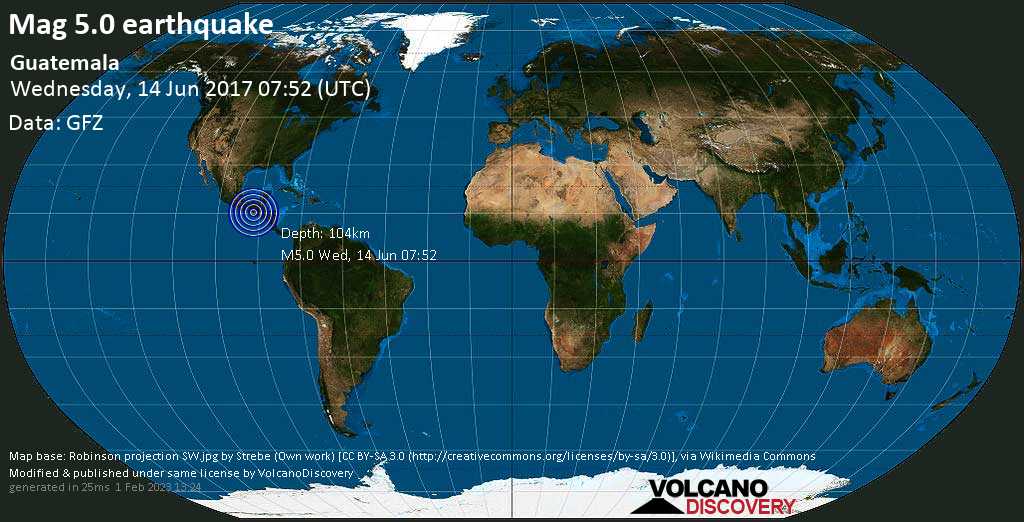 Divergent plate boundaries on continents: Learn about the process of breaking up continents along continental rift zones.
Iceland

Photos from Iceland: Volcanoes in the land of fire and ice. Iceland is one of the volcanically most active places on earth.
Vanuatu