This quake was likely an aftershock of the 8.1 quake Near Coast of Chiapas, Mexico, 8 September 04:49 UTC, which had occurred 9 days earlier. 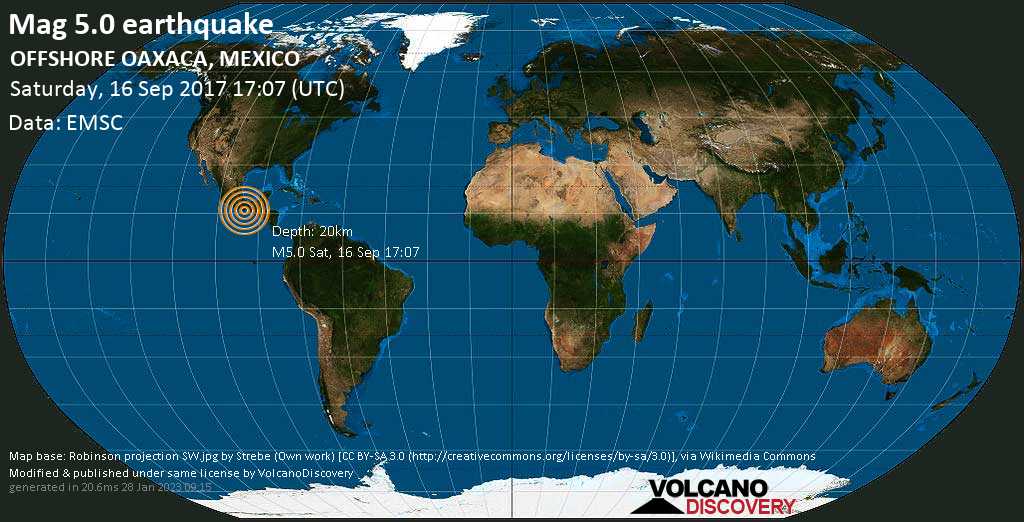 Batu Tara photos: A remote island in the Flores Sea of Indonesia formed by a single volcano that has been in strong strombolian eruption for years. We regularly lead expeditions to there where we camp several days to observe it.
Volcano Calendar 2018

Volcano Calendar 2018: We're proud to present our 2018 volcano calendar: 13 different and attractive images of volcanoes, volcanic landscapes and phenomena taken during volcano tours over the past few years.
Krakatau

Krakatau volcano photos: Hundreds of photos from active Krakatau volcano in the Sunda Strait, Indonesia. Most of them taken during our various expeditions to this fascinating volcano.
Kamchatka 2018