This quake was likely an aftershock of the 8.1 quake Near Coast of Chiapas, Mexico, 8 September 04:49 UTC, which had occurred 7 weeks earlier. 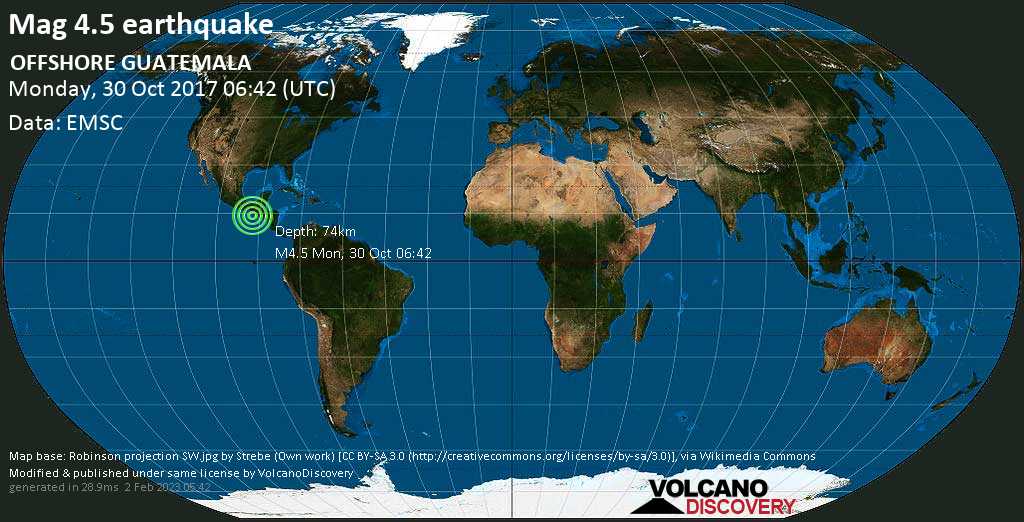 User reports estimate the perceived ground shaking intensity according to the MMI (Modified Mercalli Intensity) scale.
Contribute:
Leave a comment if you find a particular report interesting or want to add to it.
Flag as inappropriate.
Mark as helpful or interesting.
Send your own user report!
161.3 km ENE of epicenter [Map] / Very weak shaking (MMI II) (reported through our app)
Try our free app!

Fascination Volcano: Discover with us the fascinating natural history of Santorini volcano in Greece on this walking and study tour.
Eyjafjallajökull

Eyjafjallajökull volcano photos: The volcano in Iceland with the unpronounceable name... but famous in 2010 when its ash clouds drifted over Europe and forced a unprecedented large-scale airspace closure for several days, stranding millions of passengers.
Kuril Islands