This quake was likely an aftershock of the 8.1 quake Near Coast of Chiapas, Mexico, 8 September 04:49 UTC, which had occurred 10 weeks earlier. 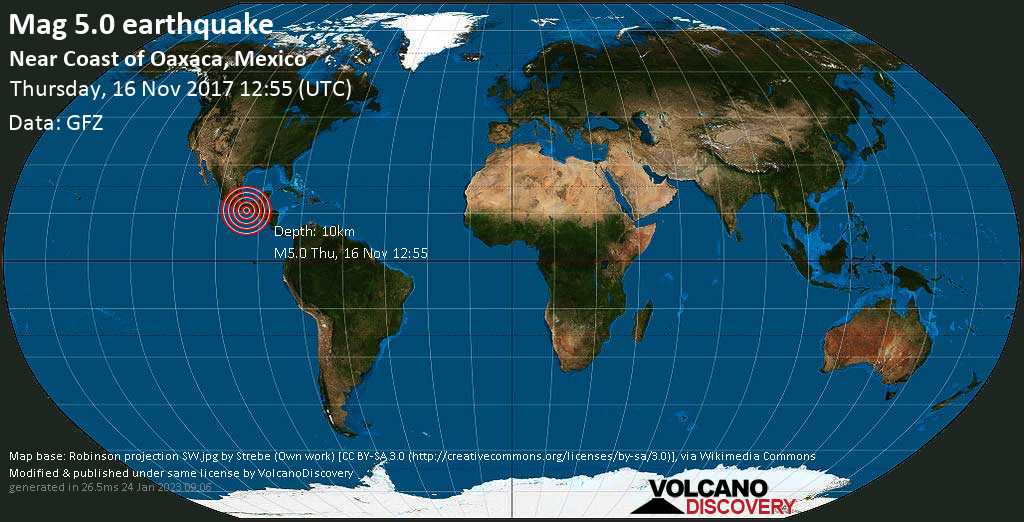 Mayon volcano photos: Mayon on Luzon Island, towering above Legazpi city is famous for being one of the most perfectly symmetrical stratovolcanoes in the world. It is also one of the most active and most dangerous volcanoes (not only) in the Philippines.
Subduction zones

Convergent plate boundaries and subduction zones: As an oceanic plates collides with another plate, it is subducted and generates volcanism on the overlying plate.
Volcano World