This quake was likely an aftershock of the 7.1 quake Near Coast of Peru 14 January 09:18 UTC, which had occurred 13 days earlier. 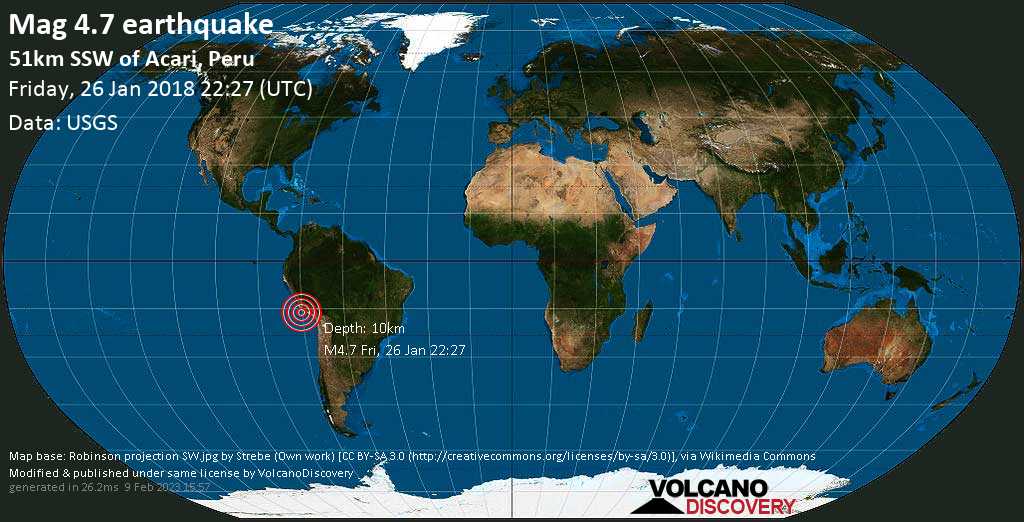 Recent shallow earthquakes near volcanoes: Earthquakes often precede volcanic eruptions. Find out where the latest earthquakes in the vicinity of volcanoes have occurred.
Merapi

Merapi volcano photos: One of the most active and most dangerous volcanoes of Indonesia: Merapi meaning "the one who makes fire", is a feared but also venerated holy mountain looming over the city of Yogyakarta, capital of Central Java.
Saronic Gulf
30 Mar - 6 Apr

Land of Theseus: A relaxed walking and study tour to one of Greece's hidden treasures and also one of the least known volcanically active areas in Europe.
Plate Tectonics