This quake was likely an aftershock of the 7.1 quake Near Coast of Peru 14 January 09:18 UTC, which had occurred 5 weeks earlier. 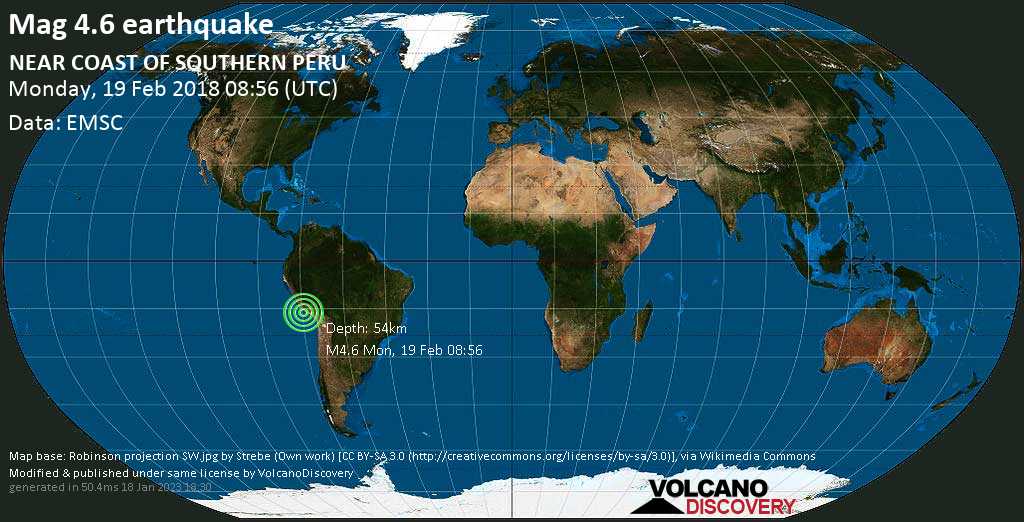 Ethiopia and the Danakil: Ethiopia is a very diverse and beautiful country. Thanks to our numerous expeditions to Erta Ale and Dallol and beyond, we have an extensive collection of images showing the volcano's lava lake, the desert, the colorful hot springs of Dallol, the vast salt lakes, camel caravans and more.
Volcano Photography

Volcano Calendar 2020: We're proud to present our 2020 volcano calendar: 13 different and attractive images of volcanoes, volcanic landscapes and phenomena taken during volcano tours over the past two years.
Volcano Specials