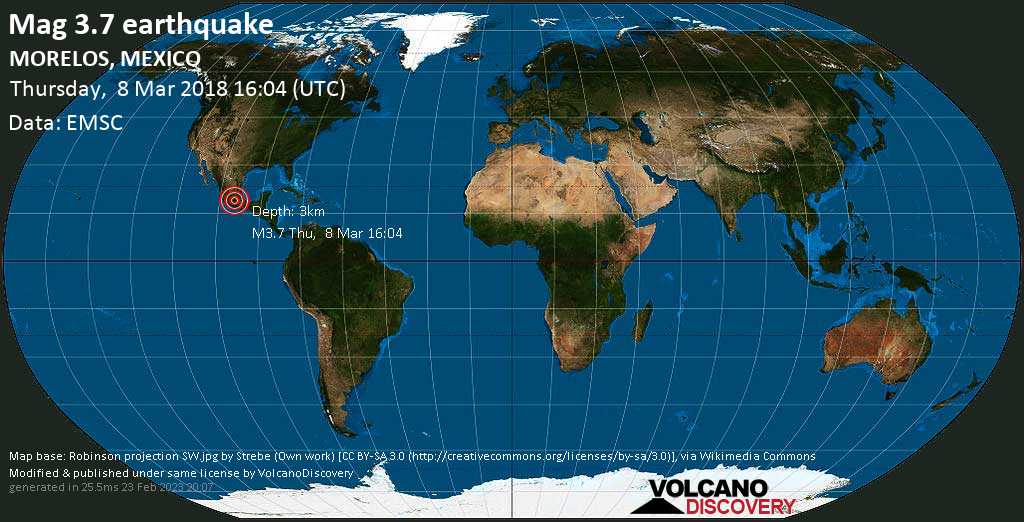 User reports estimate the perceived ground shaking intensity according to the MMI (Modified Mercalli Intensity) scale.
Contribute:
Leave a comment if you find a particular report interesting or want to add to it.
Flag as inappropriate.
Mark as helpful or interesting.
Send your own user report!
2.3 km ENE of epicenter [Map] / Light shaking (MMI IV) : In the building were I were inside only people in 2° and 3° floor feel it, people in first floor and in the low level haven´t feel it. It was a fast but strong movement.
Try our free app!

Kelut volcano photos: A new lava dome grew inside the crater lake during the effusive eruption in late 2007, replacing most of the lake. Watch the birth of a new mountain!
Batu Tara

Batu Tara photos: A remote island in the Flores Sea of Indonesia formed by a single volcano that has been in strong strombolian eruption for years. We regularly lead expeditions to there where we camp several days to observe it.
Etna Trekking Tours