This quake was likely an aftershock of the 6.8 quake Sumbawa Region, Indonesia, 5 August 11:46 UTC, which had occurred 3 days earlier. 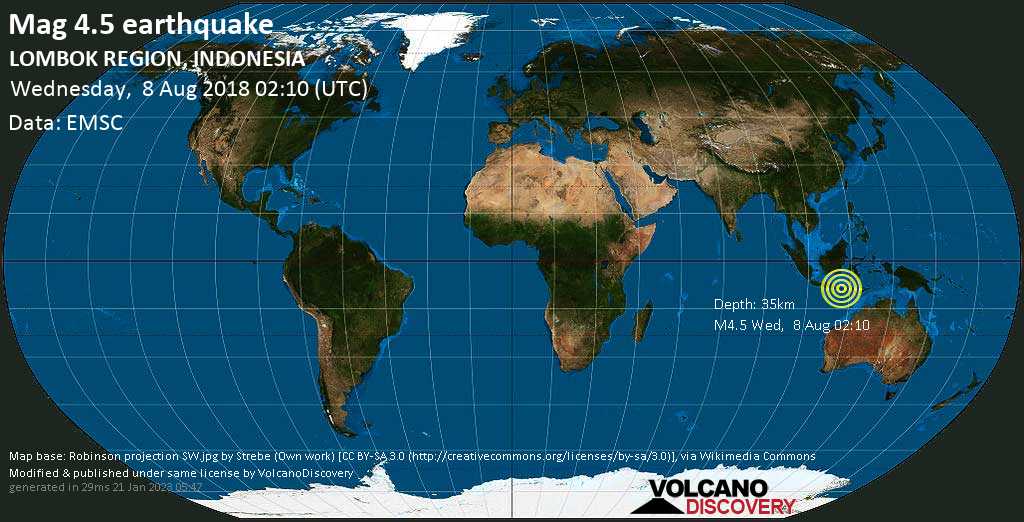 Green Volcanoes: The Azores, a cluster of volcanic islands in the Atlantic Ocean, are famous for their very pleasant climate, breathtaking green and unspoiled landscapes and nature. They also have deep history and you'll find warm hospitality. Our new tour, guided by a photographer and volcanologist, will lead to five islands: Sao Miguel, Faial, Terceira, Pico and Flores - each with its distinct character to discover.
World Volcano Tour

Round-the-world volcano tour: Have you ever dreamt of travelling around the world? VolcanoDiscovery makes this dream come true.
Ijen

Ijen volcano photos: Ijen volcano in East Java is famous for its turquoise acid crater lake and the large sulfur deposits that are being mined by local workers. At night, the scene is illuminated by ghostly blue flames, as sulfur ignites.
Volcano Photos